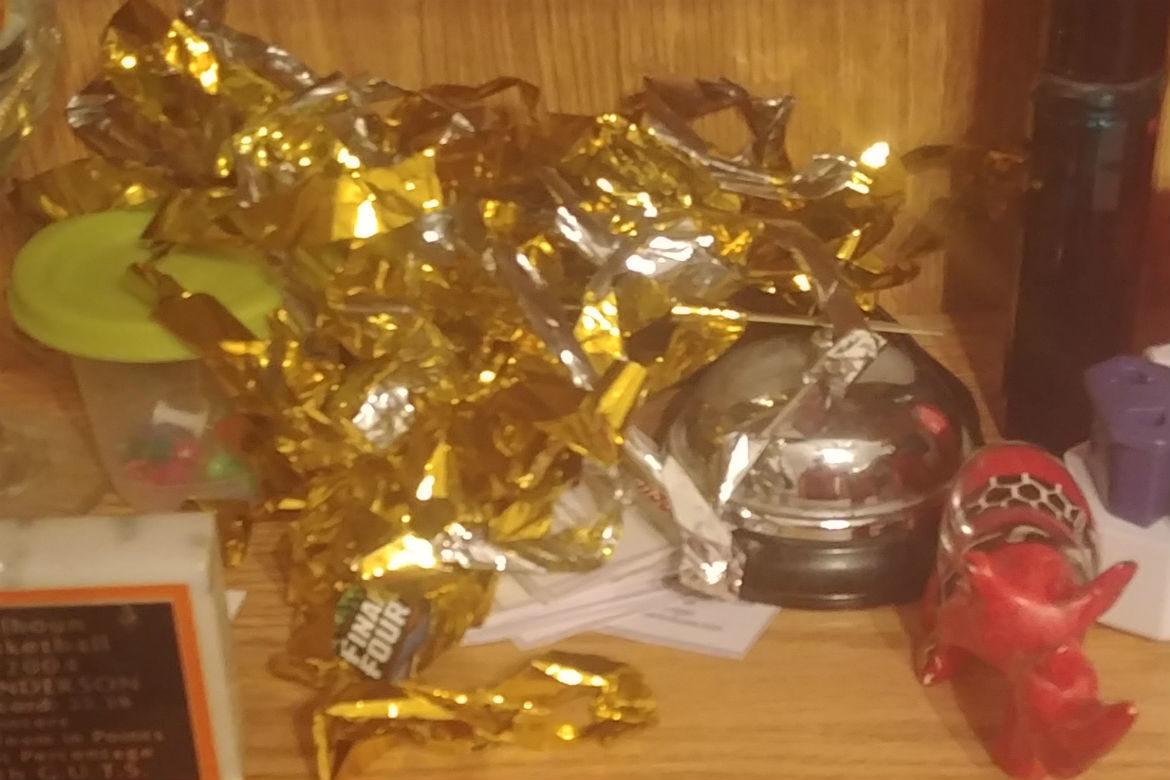 It’s been a little over a week since the Final Four concluded in Minneapolis. Last week I detailed what it was like working behind the scenes with the Westwood One crew. This week I wanted to share a few unique observations and experiences from college basketball’s biggest weekend.

Funny Moment From A Former Pro: You don’t go to the Final Four looking for comedy, but there was one moment that I couldn’t help bursting out laughing. The moment occurred on Friday before the semifinal matchups when the teams held open practices, which were less about getting ready for the game and more about providing a pep rally for each team’s fan base.

Between each session they would bring a few fans down on the floor to take part in a three point shooting competition. I was down behind the CBS broadcast area, where Jim Nantz, Bill Raftery, and Grant Hill were sitting right in front of me. One of the shootout contestants was really bad. He missed every single shot during his 60 second session, and at one point, Hill and Raftery made eye contact, and Hill planted his face in his palm while laughing in disbelief at the kid’s shooting. I’m not totally sure why this was funny, but something about seeing a world-class basketball player react to an average dude shoot so poorly in front of a group of fans struck me as comical.

Parking Fight: One of the advantages of working for a national media entity was that they gave me a pass to park in the facility right across the street from the stadium. As you can imagine, with a big event like the Final Four, the price of parking  was jacked up from $20 to $80. This pass was gold!

Well, as I left the garage on Sunday, the machine ate my pass. I was relatively certain that there was no way to get another one, so I made the car behind me back up, re-parked, and got in touch with a parking attendant over an intercom system and waited…and waited…and waited. About 45 minutes later someone came down, opened the box and found my pass on top of a pile of other permanent passes that the machine had refused to give back throughout the day. I couldn’t help but  think that this attendant had a great black market business opportunity at his fingertips without ever knowing it!

Anyway, I was able to park like a rock star on Championship Monday without paying $80. I’d call that 45 minutes of time well-spent!

Borrowing Confetti: Watching Virginia win the National Championship and celebrate together while “One Shining Moment” played on the scoreboard was truly a memorable experience. So I, of course, wanted something to remember it by! Each media member got a free gift in the form of a backpack with a Final Four logo and a commemorative pin, but I wanted something more memorable. So at 2am, as we were tearing down all the gear, I walked down to the floor and stuffed my pocket full of the confetti that descended from the rafters at the buzzer. It now sits on a shelf in my office and acts as a unique souvenir to commemorate the experience.

Fashion Police: On championship Monday, I wasn’t required to be at the arena until 3:30pm, so I spent a half day at the office for my regular job. During that half day at work, at some point, I bought a slice of breakfast pizza and proceeded to have a piece of sausage fall off and stain my pants. This wasn’t a huge deal, as I had been planning on stopping by my house on the way to the stadium anyway, but now I needed to change pants.

Somehow, in my excitement to leave, I left the house with a new pair of pants, but no belt. It wasn’t until I went to tuck in my shirt after getting out of the car that I realized my mistake. Fortunately, another friend who was attending the game was staying in my spare room, and was able to bring my belt when he arrived at 6pm. I imagine very few people actually noticed my fashion faux pas, but I felt like an idiot walking around amongst the stars of our business with a nice button up shirt, khaki slacks, and no belt!