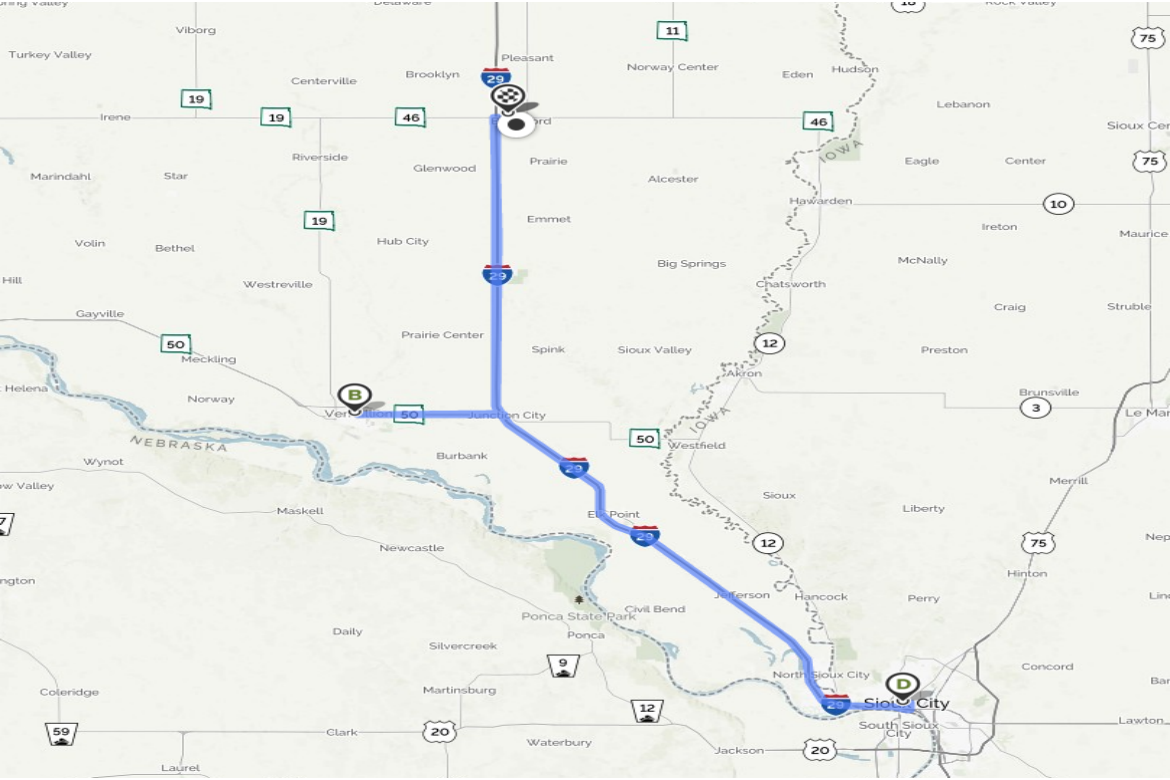 On Thursday morning, I thought this article would be about making my debut calling indoor football for the Sioux City Bandits. I was fortunate enough to pick the freelance opportunity with the Bandits, but that wasn’t the story of the weekend. Instead, a blizzard hit my area of South Dakota on Thursday night and continued into Friday morning. As a result, a game I was scheduled to do Friday was rescheduled for noon Saturday, I had another game that was rescheduled for 3 p.m. Saturday, and my Sioux City Bandits debut was at 7:05 p.m. the same day.

I’ve done three games in a day before and I know sportscasters who have done even more than that. Usually, it’s part of a tournament setting where you’re in one location all day. In that situation, you can plan ahead and have basic information on all the teams involved. With the short notice involved in my situation, preparation proved challenging. Here is a retroactive diary of sorts of how all of this went down.

Friday 8:00am-12:00pm: Anticipating the blizzard, I had brought material back from the office the night before planning to work from home. I have several big presentations to make to clients in the next few weeks, a whole list of new commercials to write for existing clients, and of course I had rosters and material to start building spotting boards for the Bandits game. I got to work right away and had a productive and mostly uneventful morning.

Friday 12:00pm-7:00pm: It was about this time that I got the message that we were considering picking up the local district championship game. It was supposed to have been played on Friday at a time we had other games already scheduled to be on the air. With the game being moved, we had open air and an excellent sales opportunity. Management asked if they thought I could sell the game on short notice, I said yes and spent the rest of the afternoon making calls and writing scripts. This was a bit more difficult than normal due to the fact that many of the usual business owners weren’t at work because of the blizzard. I did get enough sponsors, made sure the commercials were produced and in the system, and started working on my Bandits spotting boards.

Friday 7:00pm-12:00am: The Vermillion High School boys team was supposed to play their final regular season game on Friday. Anticipating the blizzard, they tried to move the game to Thursday, but school was let out early on Thursday so the game was cancelled. We were told that they weren’t expected to make up the game. Vermillion was one game out of first place in the conference and this late in the season, it would have taken a crazy upset in another game for them to have a chance to claim a share of the conference championship. One of the few games played that night happened to be that crazy upset, which gave Vermillion much more incentive to get the game played. I got the call at 7 p.m. from our operations manager saying that the game had been scheduled at noon the next day and asked “Are you ready to be superman?” We figured there was just enough time between the game at noon and the game at 3:00pm to make the 30 minute drive, and arrive in time to get set up and be ready for the pregame show. With this in mind I spent the rest of the night doing football prep and went to bed praying that neither game the next day would go to overtime.

Saturday 7am-8:30am: I woke up early to build charts for the area game in the afternoon. As I said earlier, the noon game was originally scheduled to be played the day before, so I already had my prep for this game finished. The afternoon game would be a challenge because there was no opportunity to reach out to the coaches in advance. With school cancelled on Friday and the next day being a Saturday it just wasn’t possible. The state activities association does post all rosters and schedules online, but as far as starters, stats, or context, I would be blind for this game.

Saturday 8:30am-11:30am: Of course, the day I do all my work from home, we find out our home printer is out of ink. So I left early to go to Vermillion where I stopped at our studio and printed off all my charts, rosters, etc. for the day. I stopped at Subway for my pregame meal and headed to the gym at about 10:00am to record coaches’ interviews and call game number one.

Saturday 11:30am-1:30pm: The opposing team did not show up to the gym until 11:30 a.m. Knowing my schedule, I was really worried that a late start might put game number two in peril. Fortunately, the game did start on time and was a blowout. Usually, this wouldn’t make me happy, but in South Dakota, if a team is up by 30 points, it goes to a running clock until the other team gets back within 19. Vermillion got up by 30 early in the fourth quarter and maintained a running clock the remainder of the game. The game was over early, Vermillion won a share of the conference championship, and I did my shortest postgame show of the year.

Saturday 1:30pm-4:45pm: I had a 30 minute drive to Beresford, S.D., which is the town I live in. The game was a neutral site district championship game between two area teams. I arrived at about 2 p.m., which gave me plenty of time to chat with both coaches and set up in time for a short pregame show. The first half ended with a one-point game. Overtime in this game wouldn’t be as big an issue as it would have in the first game, but I still was rooting against it for reasons I’ll explain later. The second half was a different story. One team pulled away to win by 20 and I was on my way with plenty of time to game number three!

Saturday 4:45pm-10:30pm: I made a very quick stop at home where I filled a bottle of water, grabbed an iced tea, some cold pizza, and my fiancée/spotter for the 45 minute drive to Sioux City. Sarah was kind of enough to drive so I could do last minute preparation in the car. We got to the arena for my very first indoor football game of my career at about 5:40pm for a game with a 6:35 pregame show. I was hoping to be there a bit earlier because I needed to figure out how to send our audio to the teams video feed, and in my experience that almost always takes troubleshooting. We got everything set up in a way that should have worked, but we had major electrical grounding issues and there was apparently an awful buzz for the entire game. Had I arrived earlier could we have figured that out? Maybe. The rest of the game went fine. It went long because of a long and scary injury break, but all things considered the call was solid and the Bandits won!

Saturday 10:30pm- Sunday 12:30am: I was out of the arena by 10:30 p.m. A long day by any standards, but I consider myself lucky to have spent the entire day doing what I love. Sarah and I went out for a couple well-earned beers after the game before heading home where I fell asleep the second my head hit the pillow.

[…] to broadcast two road basketball games in two different locations leading up to the football game (I wrote about that marathon day here). Part of our broadcast responsibilities for the Bandits is to link up our audio feed to the team […]