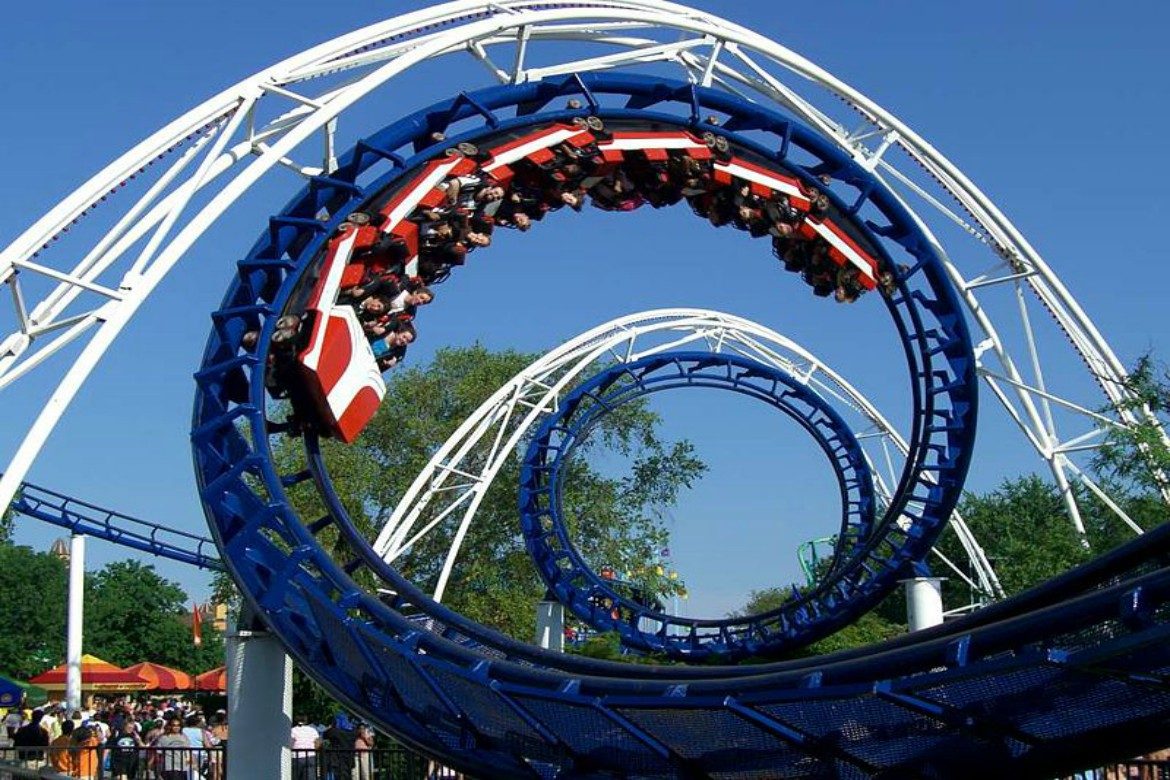 After driving 10.5 hours to Fort Wayne, Indiana, watching my alma mater lose a heartbreaker in the NAIA quarterfinals, and completing the round trip, my football broadcasting season is finished. It’s been an interesting, challenging, and rewarding year. As I’ve written about numerous times, I covered two teams I had very little familiarity with before this season. I also took on the highest volume of games that I’ve had in a single fall, calling 23 games between my high school and small college schedule. With that in mind I thought it would be fun to look back and re-live some of the highs, lows, and everything in between over the last 14 weeks.

New Places – This year involved not only new teams, but also calling games in new cities and stadiums. In total, I traveled to 12 stadiums in as many cities, seven of which were first-time visits.

The highlight was definitely calling a game from Perkins Stadium in Whitewater, Wisconsin, at the University of Wisconsin-Whitewater. The biggest DIII stadium in the country, it has an official capacity of 13,500. Most NAIA games are doing well if they have 1,500-2,000 fans. The official attendance for this game was over 6,000 and had a real big game feel.

We actually had some minor issues getting into the game. We aren’t used to actually needing credentials or parking passes to get into NAIA games; you just get there early carrying a bag of stuff and people assume you are there in a professional capacity. At Whitewater, the crowds were large enough that unless you have a parking pass, you have to pay to park close to the stadium. We didn’t think to ask for a parking pass and also weren’t carrying cash, so we had to wait around while the parking attendant got on the walkie talkie to find someone to confirm that we were allowed to come in at no charge.

Big Win For A Winless Team – I covered Vermillion High School in — you guessed it — Vermillion, South Dakota. Vermillion is a team with an excellent football tradition that has been on a down cycle for the last decade or so. Talking to coaches and others around the program, many people expected a solid bounce- back season with a record around .500.

Unfortunately, everything that could possibly go wrong more or less went wrong. Vermillion, like many small- town teams, did not have much depth, and could not afford health issues. The injury bug bit early and hard and they went into their second to last game of the season at 0-7 vs. another 0-7 team. For both teams, it was likely their only realistic chance for a win.

This wasn’t an important game in the state, but for parents, teachers, students, and fans, it was like the Super Bowl. It had a big game feel and Vermillion came to play! They ended up blowing out their opponent 34-6 and avoided a winless season. It really was a reminder that every game is important for those involved and is why every game should be taken seriously by those privileged enough to get paid to call their games.

Sportscenter Top 10 – In the final regular season game for the Morningside College Mustangs, who had won every game since their lone regular season loss at Wisconsin-Whitewater by 17 points or more, found themselves in a battle and were up just 7-0 midway through the fourth quarter. It was with this backdrop that I called probably the craziest play that I’ve seen in my career. A strip of the running back by the safety, returned to midfield and lateraled backwards, the lateral was snatched out of the air by the original ball carrier and returned the other way for a touchdown. Confused? Here is the video:

To this day, I don’t know what my call sounded like because I forgot the cable that I usually bring to plug my recorder into our mixer. This play went on to be the No. 1 play on the Sportscenter Top 10 that night.

Had I recorded my call and sent it in, there is a possibility I could have been on ESPN. Would that be beneficial for my career? Not really, but it would sure would have been cool!

When we think of preparation, we think of creating spotting boards and memorizing names. In this case, being underprepared meant not having the proper equipment to record what would have been an extremely memorable moment. I have learned my lesson and will have that cable at every game from here on out.

Playoffs – Covering Presentation College the last five years was interesting and rewarding because I was able to watch a first year team grow and improve. While, they made great progress as a program they were never close to being nationally ranked or making the NAIA playoffs.
Covering Morningside gave me the opportunity to cover a nationally ranked powerhouse team in the NAIA. They qualified for the playoffs and hosted their opening round game where they rolled over Tabor University 65-17.

The next round was this last weekend where Morningside took on the University of St. Francis in Fort Wayne, Indiana. This was a fantastic game! Morningside got out to a 20-0 lead but ended up losing 42-35. It was a heartbreaker as a fan and alum. But as a broadcaster, it was great to see a back and forth game between two championship- caliber teams playing at an extremely high level.

Call From Learfield – Finally, the most exciting thing that has happened career- wise this fall, is that I recently received my first call from Learfield asking me to do fill in work at the NCAA DI level. I was offered the chance to call the University of Montana vs the University of South Dakota men’s basketball game. I obviously said yes and was excited for the opportunity. However, the Montana football team was upset in their final game of the year and missed the playoffs. This meant that their regular broadcaster was available, so they didn’t need me.

Was having the opportunity to make my NCAA DI debut canceled a bummer? Of course. Is it discouraging? Absolutely not. To me, it shows that my efforts to improve both my on air product and my networking skills have paid off. Also, it validates my decision to take my current job at the USD flagship station as opposed to other opportunities that were available to me at the time. The people of Learfield know of my existence because of my networking efforts, but this opportunity was based largely on geography and proximity to the University of South Dakota. My hope is that I am now on their radar and similar opportunities will come available in the future.

This is a great recap! It was awesome to get to meet you in person, and I am happy that Learfield is interested. You have a great knowledge of broadcasting, and your tips have been of great help to me. I hope that you get that opportunity to call some D-I games. If you do, please let us know where we can watch/listen!