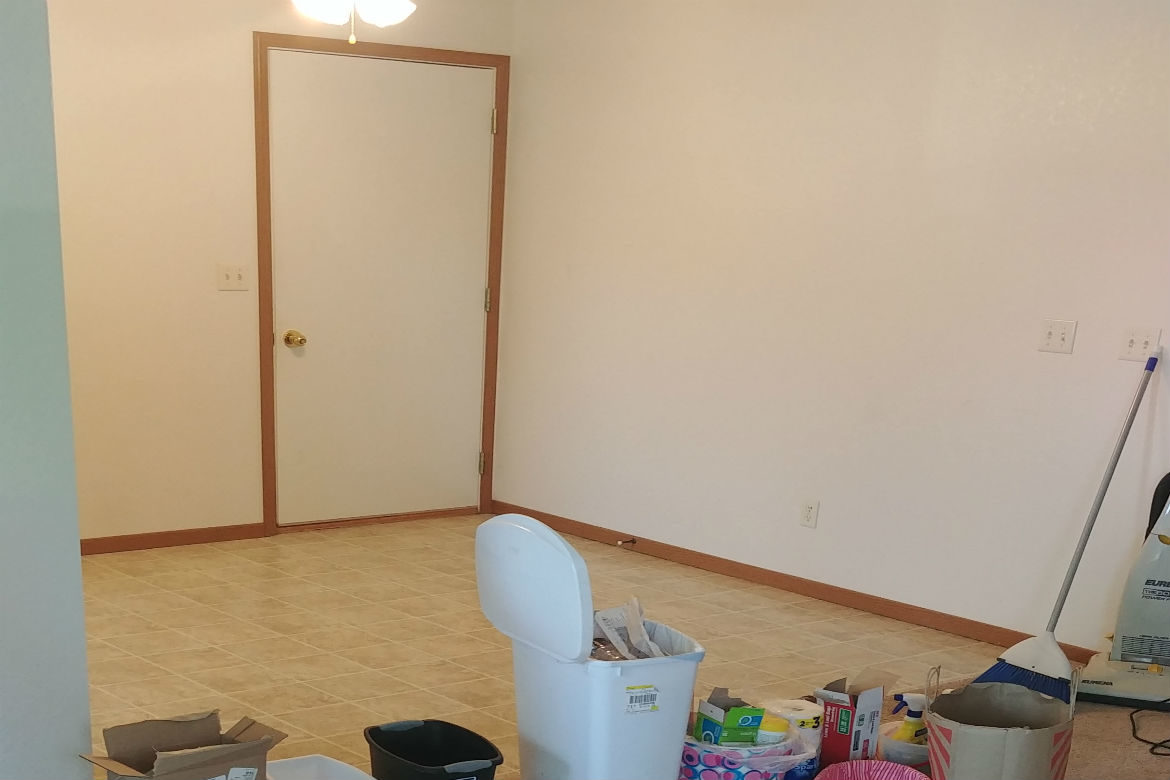 As I write this post, I’m sitting in a foldable camping chair in a 90% empty apartment. Tonight is the last night in our apartment in Beresford, South Dakota. It’s also the first day I’ve ever been unemployed without having something lined up for the immediate future. After spending the last two days hauling boxes and furniture into storage, it’s impossible not to look back and reflect on everything that has happened in my time living in Beresford and working for KVHT/KVTK radio in Yankton, South Dakota.

Thank You: First and foremost, I want to thank KVHT/KVTK for hiring me. I was in a position where I desperately wanted to find a job in the area without taking a large pay cut. While I certainly believe I was qualified for the job, I was between a rock and a hard place in many ways until they reached out to me. I got the opportunity to call a full schedule of high school football and basketball games, as well as take over a lucrative sales list. They were also very open to the idea of taking freelance opportunities, which gave me the opportunity to call small college and semi-pro football. Every job has ups and downs, but this one was definitely a net positive experience. As I’ve mentioned in earlier posts, the time is right to move on, but I am grateful for my time at KVHT/KVTK.

Marriage: On August 12th, 2017 I married the love of my life. It was a huge part of why I wanted to move to the area to begin with. It was an incredible day with great friends that I will never forget. The best part, however, wasn’t the day itself, but being blessed with a supportive partner who is willing to pack her bags and go on this wild goose chase with me. She believes in me at times when I doubt myself, and it’s her support that makes this adventure possible.

52 Point Performance: It was maybe the single most exciting individual performance I’ve ever seen. AJ Plitzuweit, who has since graduated and signed with NCAA DII powerhouse Augustana University, went absolutely nuts, scoring 52 points in a Vermillion High School basketball game. The craziest part? He started off ice cold! He had 11 points at halftime and exploded for 41 in the second half. Consider that in high school, they play eight minute quarters, which means he scored an average of more than five points per minute in the second half. I vividly remember praying that my point total was accurate, because as most high school broadcasters know, there is no stat monitor, and you have to keep point totals by hand. It’s easy to be off two or three points, especially in that situation. I nailed the score, I feel like I mostly nailed the call, but that’s not what I’ll remember. I’ll remember seeing the best high school basketball player I’ve ever witnessed having the best individual performance I’ve ever seen.

Morningside Playoff Runs: I’ve mentioned before that one of the byproducts of moving to the Yankton area was having the opportunity to pick up a freelance position covering the football team for my alma mater, Morningside College. It was fun covering them because it brought me back into the fold and allowed me to reconnect with the great people involved with the school and program. What it didn’t give me were many entertaining games to call. Morningside is an NAIA powerhouse, and they play in a conference where they haven’t lost a game since 2014. Blowout games were the norm, and they frequently won games by margins of 50-70 points.

The NAIA Championship series is a deeply flawed system where matchups are set by travel budgets more than records, and the ratings are a joke. With that being said, Morningside matched up with the University of St. Francis in back-to-back years, and both matchups were epic! St. Francis went on to win  both games by a single score, and eventually both national championships by double digit margins. I felt like I got to call what was essentially the true national championship each year, and both games were absolute slugfests that went down to the wire. It would have been great to see Morningside win one of the road matchups. It would have been even better to have seen the two teams play at a neutral location in the national championship game as the rankings dictated. However, I’ll never forget the experience of calling two fantastic football games where, even though they lost, my alma mater could walk off the field with their heads held high.

Talking To Bob Costas And Ian Eagle: Imagine picking up the phone to hear a familiar voice say, “Hi Logan, this is Bob Costas.” In my case I actually laughed because the thought that I wouldn’t immediately recognize the voice of one of the greatest broadcasters of our lifetime seemed ludicrous to me. However, answering the call and having that conversation for my podcast was an incredible moment. I rarely get nervous to talk to people on my podcast anymore, but when I chatted Bob I was shaking and butchered the intro so badly that he said “Logan you can do better than that, let’s do it over.” I did it over, I did it better, and we had a great conversation that I’ll remember forever.

If Bob Costas is the greatest broadcaster of my lifetime, Ian Eagle is one of my favorite current broadcasters. The way he seamlessly mixes humor and personality into his call is something I envy. When I got to chat with him for my podcast, I expected about 45 minutes, but he ended up giving almost double that time. Ian has the ability to talk to you like he’s an old friend, not someone you’re chatting with for the first time. It felt almost like an out of body experience talking to both broadcasters, and it was an absolute honor to have both of them join my podcast.

Going To Europe: Before we make our move, Sarah and I will be visiting Germany, Italy, and Greece as a delayed honeymoon. I don’t actually leave for Europe until June 3rd, but Sarah and I plan on having an incredible experience. We won’t be back until July 1st, but don’t worry, I have two podcasts scheduled to drop during that time, and thanks to careful planning and a couple of industry friends who wrote guest posts, I will continue to have weekly blog updates!

I want to finish this post by saying thank you to all of the readers, listeners, and general supporters of SayTheDamnScore! When I started this project I had no idea if anyone would give a rip about the thoughts of a small time broadcaster in South Dakota. I’m by no means setting internet traffic records, but the feedback I’ve received has been almost universally positive, and I appreciate each and every one of you! I look forward to sharing my thoughts, trials, and tribulations on my move to the Twin Cities when I get back in July!