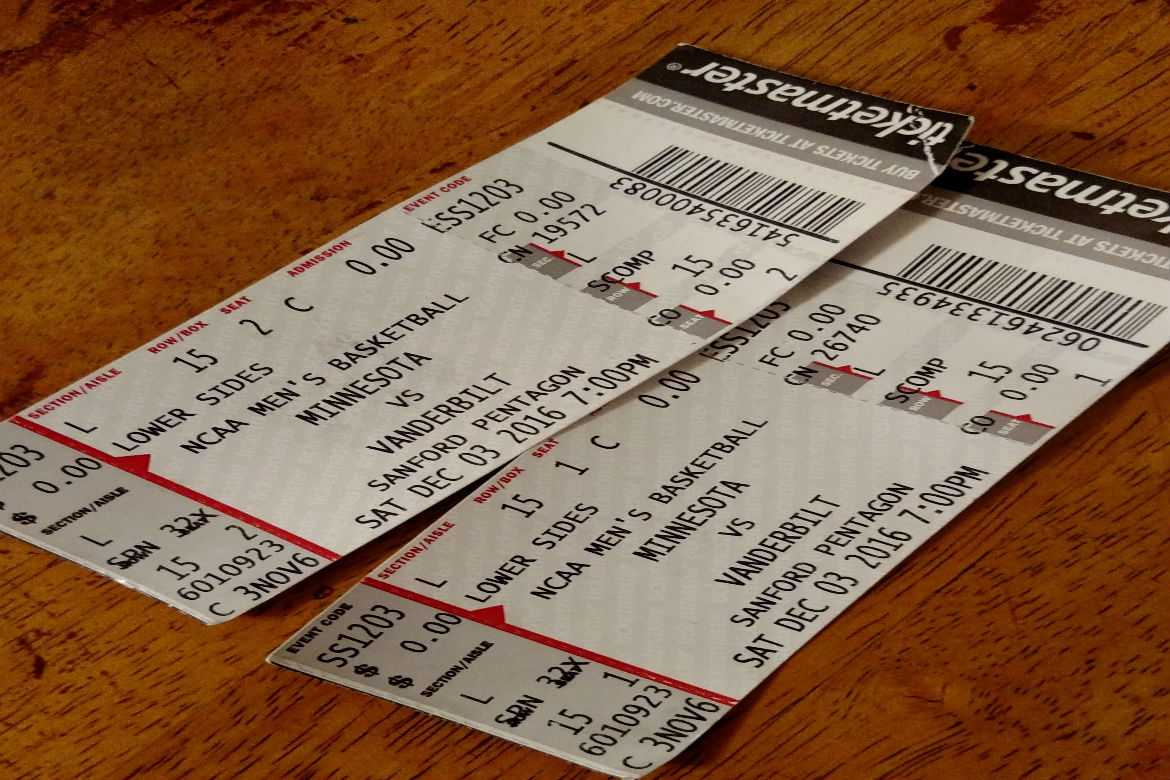 This weekend, I was able to experience something that hasn’t happened in at least five years — I had a weekend in early December with nothing to do! Seriously; not a damn thing. In the past, this time of year has meant following a small college on non-conference road trips all over kingdom come. With my new schedule, I cover college football, but no college basketball. The high school season doesn’t start until Tuesday.

So what’s a sportscaster to do with no games to call and no prep to finish? First and foremost, I spent time with my fiancée Sarah. We don’t have the opportunity to get out and spend quality time together as often as I’d like during the sports season. We met up with her parents and enjoyed a nice dinner and a few drinks in Sioux Falls on Friday night.

On Saturday, I had an entire day free and was able to nab a couple of tickets to a neutral-site basketball games in Sioux Falls between Minnesota and Vanderbilt. It’s rare that I get the opportunity to enjoy a game as a spectator and this game didn’t disappoint. Minnesota won the game 56-52 in a hotly contested defensive contest. As an added bonus, I got to chat with Gophers broadcaster Mike Grimm, — one of the nicer guys I’ve met in the industry — before the game.

During the game, the reason I do what I do struck me. It’s really quite simple. I have a deep passion for sports. I love the anticipation of the crowd as everyone collectively realizes that a two-on-one break is about to end in a thunderous dunk. I love coaches playing their chess match and making adjustments as the game moves forward. I love the moment in a close game where each team’s fans stand up and get loud trying to spur on their team. And with all of the negative outside noise, I love the purity of competition during the 40 minutes on the floor.

I’m not good enough to play any games at any level higher than “weekend warrior,” but being a sportscaster allows me to be around the games I love on a day-to-day basis. Next week, I have a girls’ basketball game Tuesday and back-to-back boys/girls double headers on Friday and Saturday. I’m ready to get back on the grind and work towards my sportscasting goals, but it felt right to be a spectator   —  for one weekend —  and enjoy the game with no worries, pressure, or expectations.

A Weekend Off, What To Do? was last modified: January 5th, 2017 by Logan Anderson
Share: