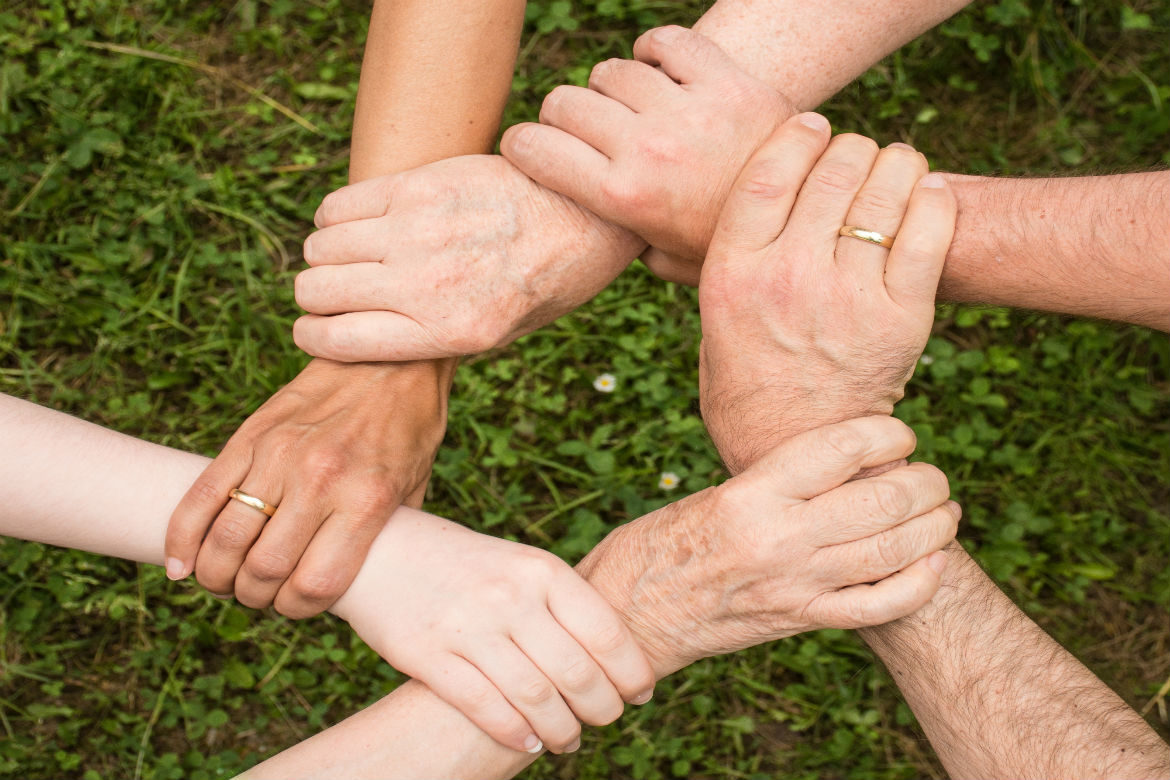 I joke that I’m homeless and unemployed, and technically it’s true. I quit my job, my wife and I gave up our apartment, we left the country for a month, and we came back with the plan to relocate to the Twin Cities on the fly. As a result, over the last two weeks, Sarah and I have slept in the spare bedrooms of seven different friends and family members, in six different cities, in three states. It’s been exhausting, but we’re happy to say that there is a light at the end of the tunnel. We’ve had an offer accepted on a town home in a Minneapolis suburb, and barring unforeseen turbulence, we can move in at the end of July. I’ve also had enough positive conversations with potential employers that I’m all but certain I’ll be able to get play-by-play work right away this fall. It was a storm of our own design, but we weathered it with the help of a tremendous support system.

Nobody succeeds on their own! Not in sportscasting. Not in life. As sportscasters we have to have some inherent irrational confidence and ego. It’s a crazy business to navigate, and if you don’t believe in your own ability to overcome the odds, you won’t make it. I don’t speak for everyone, but there are definitely  times where I feel like it’s me against the world and it’s my job to overcome every obstacle in my way. But if I’ve been reminded of anything over the last few weeks, it’s that I definitely am not going at this alone. Here are a few examples of some of the different people who have helped to support the cause:

My Wife And Family Are My Rock: When I first brought up the idea to my wife of quitting a full-time job (that paid well by small market radio standards) and blindly moving to a major market and hoping for the best… Well, I thought she would take some convincing. When the moment of truth came, I was shocked when she said “Okay, let’s do it,” with zero hesitation. No selling, no persuading, just love and support for chasing what could very well be an unattainable dream. I owe her everything and am blessed to have found a perfect partner in crime moving forward.

I also owe a huge debt of gratitude to my family. There is no doubt that they initially thought I was crazy to do what I’m doing, but they never tried to change my mind (partially because they’ve known me long enough to know it wouldn’t work). As we’ve had more conversations and time to explain the method behind the madness, they’ve come to understand the reasoning and timing behind the decision. During that time, they’ve given Sarah and I a safety net we desperately needed. Whether it’s letting us stay on a spare bed or couch, letting us raid their pantry for free, or even providing a small loan that made it possible to put a competitive offer on our new home, we’ve never felt like we are in this alone.

Sometimes It Comes From Friends In The Business: Before we left for Europe, we moved everything we owned into a storage unit so we wouldn’t have to pay rent on an apartment we weren’t going to live in ever again. This seemed like a great idea until we returned and it was time to record new episodes for the SayTheDamnScore Podcast. All of my microphone equipment and head sets were buried deep in the unit in a place that was unreachable without moving a seemingly endless number boxes and furniture. Fortunately, a friend from a neighboring town, Gary Ellenbolt of South Dakota Public Broadcasting, was kind enough to lend me a spare headset. With his headset and my brother in-law’s electric guitar cables, I was able to “MacGyver” together a recording setup and move forward without a hitch.

Sometimes Support Comes From Unexpected Places: After getting home from Greece, we took one day to recharge and before heading up to the Twin Cities to look for homes. As I mentioned earlier, we found a home we liked, but our offer included getting a pretty substantial amount of earnest money to secure the deal. We stayed that night at my in-laws lake home on a small island in rural Minnesota. Of course, that night we got eight inches of rain, and the road off the island was flooded with knee-deep water. We were stuck! However, we needed to get off the island to go to a friend’s wedding, as well as get to a bank to move enough money to make sure our earnest check didn’t bounce. Out of nowhere, a good Samaritan farmer with large tractor connected to a flatbed trailer showed up and ferried an entire line of cars across the underwater road for free! We were able to get a vehicle off the island, walk across to it the next day, and get our business done on the other side! All thanks to an unknown farmer!

Sometimes You Have To Give To Get: I’m actually writing this article from Sanford Hospital in Sioux Falls, South Dakota. I’m sitting in the waiting room waiting for my mother in-law to come out of surgery after donating a kidney to a co-worker. It’s an incredibly selfless thing to do and I’m not sure if I would do the same thing in her position. That being said, after being around someone doing something so heroic, I can’t help but think of other things I could be doing to help others and pay back the goodwill that I’ve received. We all owe it to each other to pay forward the good karma we receive because again, nobody succeeds without help.

So as I wrap up, I want to say thank you to every person who has helped me along the way. I don’t care if your contribution was as big as a financial loan or as small as a kind word. It’s all essential in moving forward. I’m going to do a better job of passing it on. Hopefully you do too!

Do you have any stories of times where friends and family helped you through a hard time? Please share in the comment section below.

Logan,
Your story reminded me of an experience I had when I was working at Florida International University when I was first breaking into the business.
When the school year was up, I had to leave my housing arrangement. A good friend of mine from college, Dennis Newman, was working for the Cable News Network in Atlanta and graciously allowed me to crash at his apartment for a couple of months until I found a position in Idaho.
Had that not been the case, I’m not sure what I would have done.
As you said, a good support system is essential, especially when you start out.
Good to see that you found a place.
Good luck and take care.

We are very fortunate that Minnesota pays teachers well. We can get by on mostly her income for the short term while I figure things out. Thanks for the well wishes!