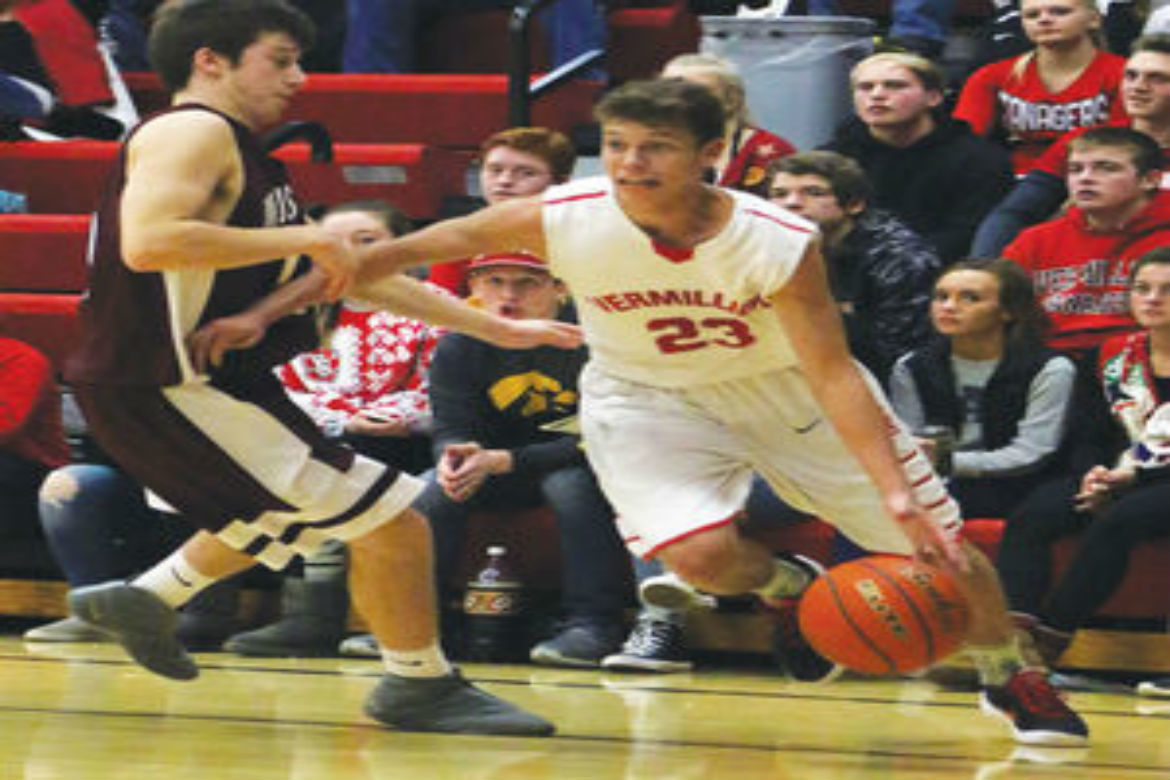 I’m writing this post from a coffee shop in Tucson, AZ. It was my wife’s grandmothers 90th birthday, and while taking time off this time of year is tricky and generally unadvisable, it was important, so we found a way to make it work. I say this not to shout about how much I’m enjoying the 75 degree weather and no snow on the ground, but to say I’m a little bit bummed because the one game I missed ended up being the very last game of the best high school basketball player I’ve ever had the privilege to cover. More on that later.

As I wait for my Uber to whisk me off to the airport for my cross country flight, I’ve been reflecting on the teams I’ve covered and what makes a team or player special. Here are a few from my personal experience:

Every now and then we get to watch a player develop into a dynamo, and this year covering AJ Plitzuweit of Vermillion High School has been just that! A little background about why his performance has been so unique. He came to this area last year when his mother, the  head coach of the women’s basketball team at the University of South Dakota, moved her family from Kentucky to the Midwest. during his first year as a junior he fit seamlessly into a team that had a chance to win it all. He was their leading scorer, but also a gifted facilitator. He took over at times but never at the expense of his team.

This year he’s the only returning starter and while the rest of his teammates are good defenders and solid role players, they are not especially gifted offensively. This has led to a situation where in order for Vermillion to win, one player has had to carry the load, and AJ has done so in spectacular fashion. He has scored over half of the teams total points and gone over 40 at least five times, including a 52 point outburst where he scored 41 points in the second half!

I’ve seen plenty of volume scoring performances that feel like eating empty calories. Maybe a player scored a bunch of points in a blowout or was a ballhog. Not the case for Mr. Plitzuweit! He does this while also leading the team in assists, rebounds, blocks, steals, field goal percentage, three point percentage, free throw percentage, and almost always defends the opposing teams best player. More importantly you can tell he gets as much satisfaction when one of his teammates hits a shot as when he does. His talent is incredible but his selflessness and leadership are equally impressive.

Anyway, I started thinking about some of the challenges of covering a player like AJ Plitzuweit, besides struggling to count all of my score tallies because I’m not used to counting that high!

Don’t Allow It To Feel Normal: When you’re telling the story of a game, team, or player; it’s important to use context from the past while treating each game as a unique entity. When one player averages 35 points in a 32 minute high school basketball game, every game is a big deal. With that being said I found it difficult to find new ways to describe these other-worldy performances. It’s hard to explain, but 40 point performances against every imaginable junk defense started to feel like the norm. I had to constantly remind myself that this wasn’t normal and that my energy better match the moment, because this school probably won’t see a player like this again for a long time!

Don’t Gauge Broadcast Quality Based On the Quality Of the Team: When a team is good or when a player is scoring a bajillion points per game, fans almost universally love you, because they associate your voice with team success. As broadcasters, it’s obviously more enjoyable when a team is having success, but don’t forget the fundamentals and go crazy with rampant hyperbole. I know several broadcasters who are beloved by fans but can’t figure out why they aren’t moving up. The truth is it takes more skill to make a bad team sound interesting than vice versa, so make sure to get critiqued from neutral parties and other broadcasters.

Try Not To Speculate On The Future: In the case of Brandon Scherrf, the current Pro Bowl lineman in the NFL, I was convinced he wouldn’t make it at the University of Iowa, much less go pro. This is a reminder that I’m a storyteller and a reporter, and absolutely not a talent scout. I certainly mention what college AJ and other players have committed to, but I avoid too much speculating of how well someone will do at the next level. I think it’s more important to communicate the magic of the moment at hand then to try to look into a crystal ball.

Don’t Ignore The Other Players: In the case I described, one player leads the team in almost every category, but if he truly had to play one on five it wouldn’t be pretty. The other four guys still have important roles and work hard to help the team. Someone has to set screens, someone has to pass the ball on set plays, and everyone has to play team defense. Even if their contributions don’t show up in the scorebook they still deserve credit, especially at the high school level.

What special teams or players have you covered? Please share your stories in the comment section below.

Covering A Special Team Or Player was last modified: May 16th, 2018 by Logan Anderson
Share: