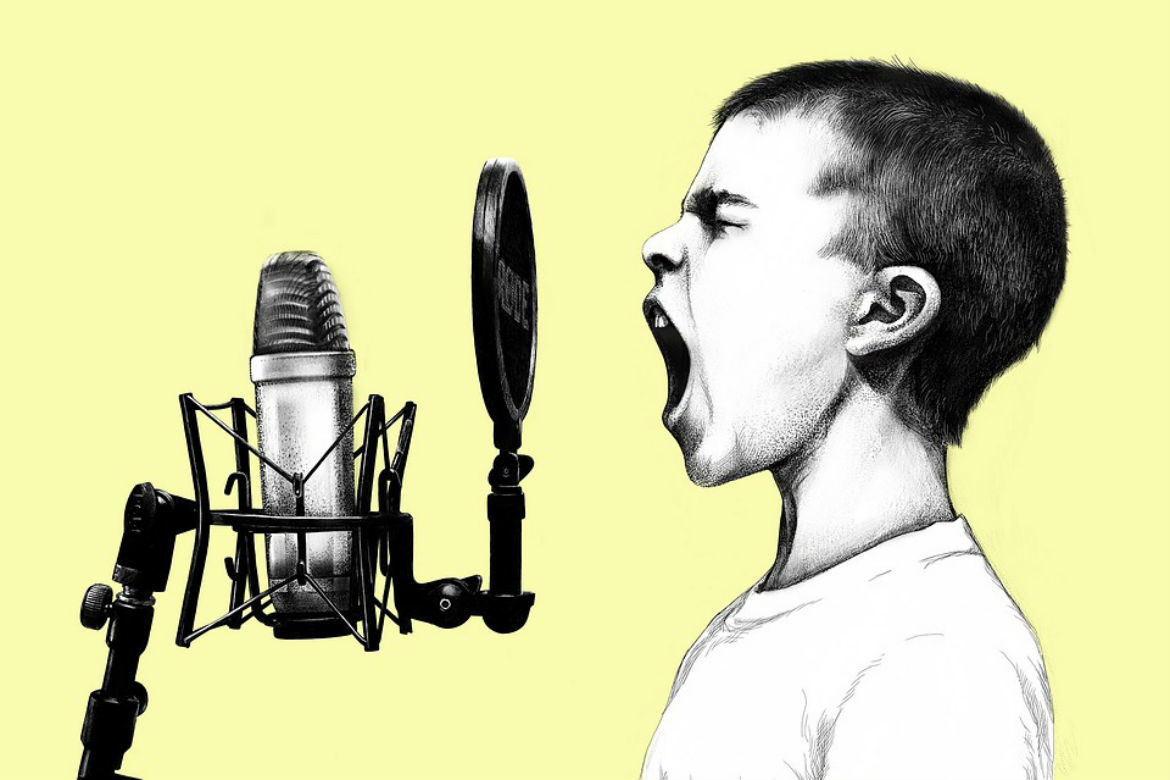 One of the very first lessons most of us are taught in our broadcasting careers is to treat every microphone as if it’s on. Inevitably at some point, almost everyone ignores that advice, assuming that the mic is off or that a producer in the studio has potted the audio down on the board. 99% of the time, this approach works just fine, but eventually someone will slip up, and conversation that wasn’t meant for air will be heard when you don’t want it to. Personally, when this has happened to me, I’ve lucked out. Listeners have heard me talking through commercials about how long the break is and what to come back to action with, but nothing worse.

The flipside is getting caught making unfortunate comments that were supposed to be private on the air. A few months ago, this happened to Gary Dolphin, the voice of the Iowa Hawkeyes. Dolphin made negative comments about the quality of recruits at Iowa, and you can read the full excerpt here. Dolphin released a heartfelt apology owning his mistake but still was suspended for two games. If he didn’t have over 20 years of bleeding black and gold to fall back on, it’s easy to see how it could have been worse.

Gary Dolphin was kind enough to join me on episode 39 of the SayTheDamnScore Podcast, and I certainly wish him well going forward. However, I’m sure he would be the first person to say that what he said should not have been said in front of a hot mic under any circumstances. That said, he’s far from the only one to make that kind of mistake. Here are two excerpts from past podcast conversations sharing their own hot mic horror stories.

I was taping a sports show as an anchor, and one of the editors made a mistake. He rolled the wrong highlight tape, so we had to stop the show and set everything up again. While the show was stopped and they were setting things up again, little did I know that backstage, the guy who was recording the show continued recording the show. While I was sitting there waiting to resume taping, the producer said “Joe, he messed up.” I said “Way to go Joe,” and called him something that included a four letter word. Let’s just leave it at that. So we went back, finished taping the show, and we all went home.

Later that night, I got a call from my producer asking if I was watching the show. I said “No, why?” He said that we aired the show as we taped it, the show ended, and the guy forgot to change programming to a movie and played the footage of me sitting at the table calling the editor a four letter word.

I had to deal with that. It was picked up in the newspapers, my boss was kind and didn’t fire me, but the cheap lesson was, quite obviously, to never say anything in front of an open mic that you wouldn’t want to say over the air, whether you’re on the air or not. It was clearly on me and totally my fault.

A little bit of context, this story refers to the time that Bo Pelini, the then head football coach at Nebraska, made disparaging remarks about the Nebraska fan base before the recording of a postgame interview. You can read the full story here.

It was a crazy time because a lot of people thought I was the one who put out the tape. That wasn’t the case at all. In fact, we didn’t even know it existed for like a year. What happened was that I would go down after Bo finished his press conference and wait in a room where we had a hook up with the signal that went back to our studio. I would go in there and converse a little bit and start the interview.

I knew he wanted to vent a little bit. Anybody who’s done a broadcast knows that sometimes coaches want to vent before they sit down and do an interview. It’s their first chance to vent because they try to hold it together during the press conference. You let them get it out of their system and then turn the mic on. Well, the mic was on the whole time sitting on my lap. We didn’t find out that this tape existed until the next football season after a game with UCLA, which Nebraska had lost at home. I can’t vouch for people who made decisions to record that and save it. It was unfortunate for Bo Pelini because, in a lot of ways, it ended his tenure at Nebraska. Nobody looked at him the same after that point.

The moral of the story is to remember what you learned in day one of broadcasting school: treat every microphone like it’s on and transmitting live, and you will always be safe. Do you have your own hot mic horror stories? Please share in the comment section below.

I have sworn on the air. The big one. I was lucky that it was barely heard. And also not recorded. But I learned my lesson.

If Harry Doyle can do it, so can you!