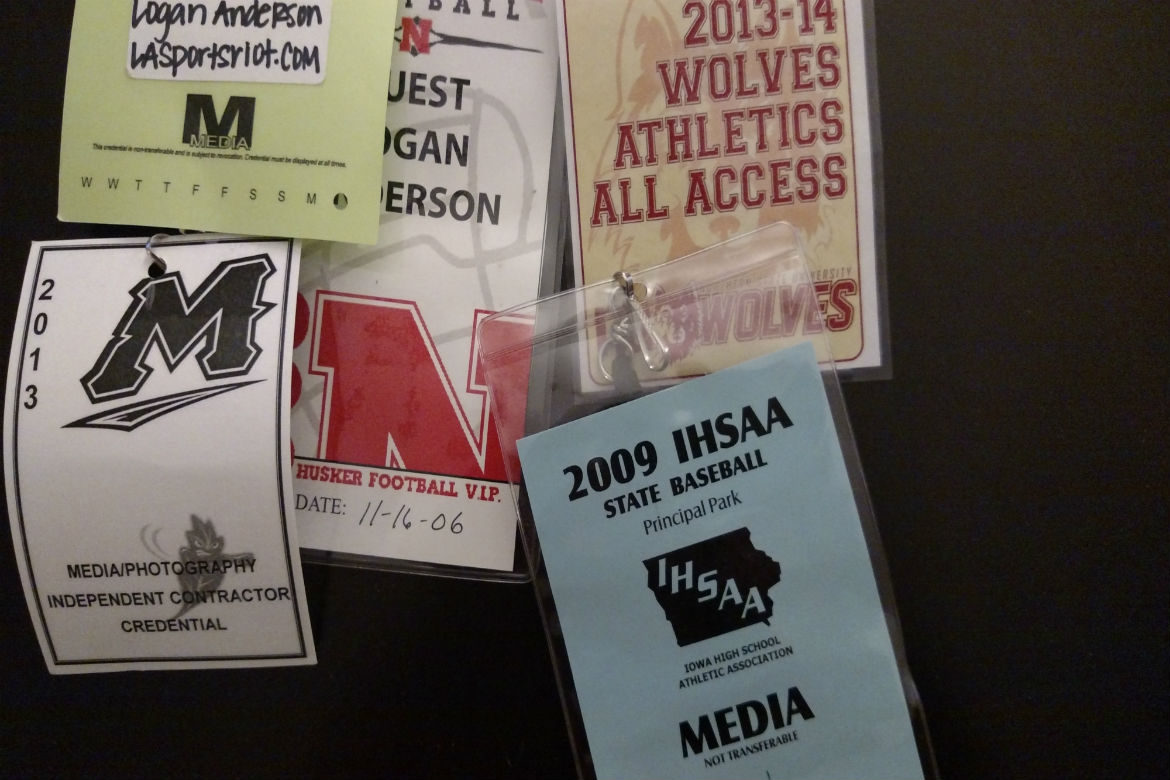 This was a busy week for me, as I was assigned to call basketball games on Monday, Thursday, Friday, and Saturday. The final game was on the road back in Aberdeen. It was the first time I’ve been back since moving away and it was good to see old friends and enjoy some of the finer food and drink establishments that Aberdeen has to offer.

I say this because I do much of my deep thinking while I’m driving and the trip home on Sunday was 3.5 hours. I found myself thinking about all the different places I’ve been covering high school and small- college sports over the last decade. I’ve been on some incredible trips, some non-descript trips, and trips that were more or less complete disasters (Like this one in Manhattan, Kansas). I’ve kept a spreadsheet with a list of all the places I’ve visited over the years. It covers over 100 locations in 16 states. Here are a few of the highlights and lowlights from my experience.

Las Vegas, NV: In 2012, Presentation played in a holiday tournament in Las Vegas. I got to go along to cover the games and it was an awesome experience. We stayed on the strip in the Monte Carlo and all basic expenses were covered. I saved up for several months to have an entertainment budget and definitely took advantage of it. I got destroyed on the tables, but had a great time. The actual games were all late in the evening so I was able to do game prep in the early afternoon, cover the games played at a local YMCA in the evening, and have fun at night. We found the best pizza I’ve ever had in a place on the third floor of the Cosmopolitan Casino called Secret Pizza, which was completely unmarked and hard to find. In hindsight, I might have had too much fun and many of the stories that I could tell will — as they say — stay in Vegas.

Kyle, SD: I’m going to imagine that nobody reading this blog has heard of Kyle, South Dakota. It’s a small town in the western side of the state and is part of the Pine Ridge Indian Reservation. Presentation played a tribal college and it was interesting to be inundated in Native American culture. They sang the Lakota Flag Song instead of the national anthem, which was really cool. Unfortunately, not everything about this trip was positive. The county that the college was located in is one of the poorest counties in the nation and it saddened me to see the conditions that people lived in. It was also the only time that I am certain that the officials were not just bad, but were actively trying to influence games for the home team. Adding to the downer nature of this trip, we white-knuckled the entire way home as the bus driver drove through a blizzard.

Chicago, IL: The Presentation College basketball coach was from the Chicago area. He relied heavily on connections from that area in recruiting and went out of his way to plan trips to the Windy City at least every other year. On these trips, we stayed in the downtown River North area and were treated extremely well. Between games we enjoyed deep-dish pizza and Chicago style dogs, took photos by the Michael Jordan statue at the United Center, and enjoyed the Chicago nightlife. The night that stands out the most is when we went into a small dingy blues bar close to our hotel. I remember being completely swept away by the energy and passion of these blues musicians and ended up staying out way too late. I was tired for the bus ride home the next day, but it was totally worth it.

Tabor, IA: Very early in my career, probably 2009ish, I was covering an eight-man high school playoff game in a small Iowa town. This was the coldest game I’ve ever been involved with. The temperatures were single digits and the wind was howling, so the wind chill was well below zero. I arrived early at the game and was ecstatic to find out that I had a nice spot inside an enclosed press box and there was even a space heater keeping things modestly warm. As the game started a middle aged lady set up a camera just outside the press box and stood there filming the game while standing in the doorway…with the door open. The small space heater could not keep up with the cold and wind coming into the box. The lady could not have been any warmer but she ensured that everyone in the box was frozen for the entire duration of the game.

San Francisco, CA: In 2013, I traveled to a season-ending football game against Menlo College. It was the last game of the season and the coaching staff treated it like a bowl game. It was freezing cold in South Dakota, but I was in a polo and shorts calling a game from a broadcast setup that consisted of a back yard patio set, shade umbrella and all. We also had the opportunity to do touristy stuff. We went to the Golden Gate Bridge and witnessed something truly bizarre and unnerving when someone commit suicide by jumping off the bridge right in front of the team. We also went to an excellent Brazilian steakhouse, where you can imagine what damage a football team was able to do. The team lost, but that was beside the point on this memorable trip.

What are some of your memorable road trips? Share them in the comments section below or email me through the contact tab at the top of the page.