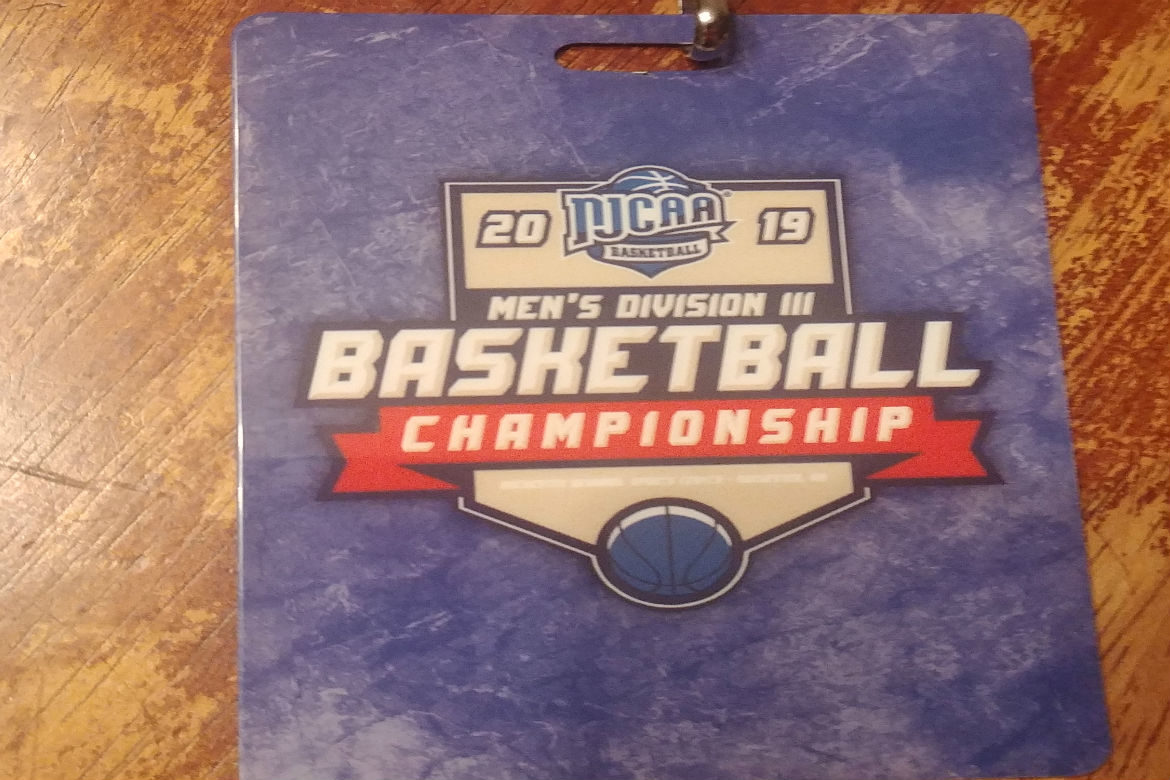 Watching NCAA Tournament broadcasters call four games a day with only a short window to prep has always seemed like an incredibly difficult task. I’ve also always wondered how I would handle making the jump to a television-style call for basketball when all my experience is on the radio side. This weekend, I received the opportunity to dive head first into both by calling the live stream webcast for the Junior College DIII National Tournament in Rochester, Minnesota. It included eight teams playing twelve games, in just three days. It was certainly challenging, but it was also a fun and rewarding experience. Here’s a recap of the entire process from start to finish.

How I Got The Gig: Landing this freelance gig was a combination of hard work, effective networking, and being in the right place at the right time. The roots for this break were planted shortly after I moved to the Twin Cities. I sent a cold call email to the owner of a live stream company who covered many small college games in the area. This company offered me semi-regular work covering small college basketball throughout the season. During that time, I apparently impressed one of the cameramen I worked with for these games, who was also hired to shoot the NJCAA Tournament. He suggested I send my demo to the people in charge of the tournament, and a week or so later I had the job. I imagine the fact that I was semi-local and wouldn’t require a hotel appealed to the decision makers. It wasn’t a position that was advertised much, and I’m not sure how competitive the process was, but when I was offered the gig I jumped on it.

Preparation: I’ve listened to people on podcasts and interviews say that when you’re prepping for a tournament, you simply can’t dive as deep as you would usually like to. Having finally experienced a tournament broadcast, I can definitely relate to that idea. Fortunately for me, the NJCAA Tourney matchups are released a full week in advance, as opposed to just a few days ahead of time.

Unfortunately for me, I had to balance that prep work with a full time job and a couple of Minnesota State Tournament games the same week. It was key to arrange conversations with coaches, but with no middle man, scheduling time to talk with eight different coaches in different time zones proved to be a challenge. Helping to solve this problem, I discovered a valuable app called ACR Pro. It’s a call recorder for cell phones that allows the user to record phone conversations to play back later. With that app, I was able to record and save conversations between sales calls and take notes on them later.

In the end, I was able to mine some excellent stories and develop an understanding of each team’s season, which when paired with stats and box scores from the NJCAA website, was enough to make it through the tournament. This was an eight-team tournament, and they played it all the way out in the consolation bracket, so once I had each team down, all that was required for the next day was to quickly review the previous days box scores and corner the coaches during shoot-around for a quick chat about their matchups.

Execution: I worked with Lukas Moore, a young broadcaster who’s currently a student at Ohio University. We switched between play-by-play and analyst roles every other game, which helped to preserve our voices. Between games we got a 20 minute break ,which meant very limited time to run to the bathroom, grab food and water, and dig out the proper prep materials before each game.

Perhaps the most difficult part of the entire process was keeping a high energy level for each game. This wasn’t a tournament that drew a large crowd, so there was no drawing energy from the environment. Not to sound overdramatic, because it’s obviously not manual labor, but doing four games in a day is exhausting. Each night I would load up on pasta or a sub sandwich, anything with good complex carbs to create energy for the next day. I also consistently broke one of the cardinal rules of broadcasting by drinking soda during the broadcast.

Having never done a TV-style basketball broadcast, it was tough to train myself to talk less and not describe the details you can see in the picture. In early games I’m sure I was far too wordy, but as the tournament progressed it started feeling more natural to shut up and let the visuals tell the story. While I haven’t watched back every game, I did watch the championship game, and there are certainly a few minor rough patches, but overall I’m pretty happy with the way my call went.

Have you ever called an entire tournament? What worked for you to provide a high quality call with such a large quantity of games? Share your stories in the comment section below.