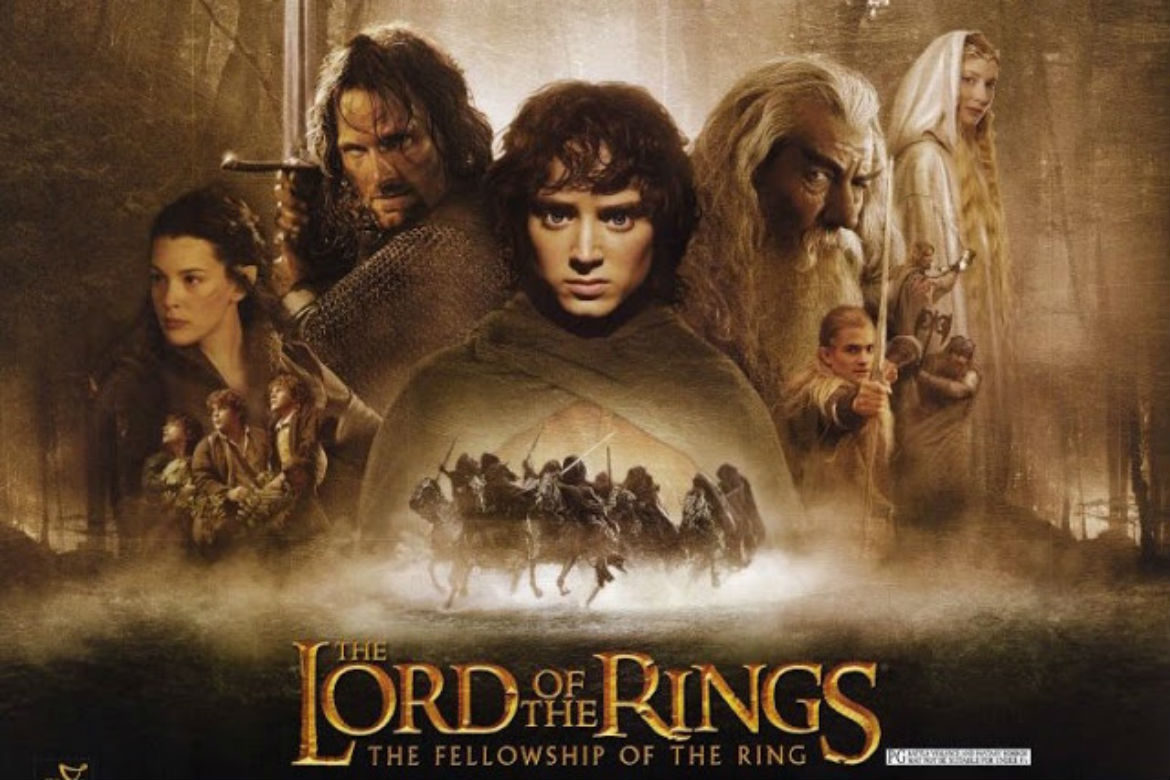 Warning: If you have an image of me in your head of anything but a huge nerd, stop reading now. If you’re ok with that, carry on.

Through a quirk of scheduling, I was fortunate enough to have another totally free weekend with no broadcast responsibilities. Unfortunately, sometimes Mother Nature and her 15-below-zero temperatures and blizzard conditions limit what one can do in South Dakota this time of year. As a result, my fiancée Sarah and I stockpiled frozen pizza, liquor, and snacks and holed up inside for the weekend and have a “Lord of the Rings” Marathon.

It must be understood; I’m an enormous epic fantasy nerd. I’ve read the “Lord of the Rings” novels at least five times and consider the movies to be some of the best ever made. Sarah had never read or watched any of the series. If she’s going to spend the rest of her life with me, she needed to watch them with me at some point. So we hunkered down for a Middle Earth marathon session with snow falling and wind howling outside.

You may think that reliving Frodo’s journey to Mordor to destroy the one ring in the face of enormous odds has nothing to do with sportscasting. But I suggest that if you held that opinion you would be wrong. In fact, when it comes to telling the story of the game, you can learn many lessons from great novelists and storytellers throughout our history.

J.R.R. Tolkien’s masterpiece boiled down to the bare bones could be summarized like this:

Two Hobbits go on a long walk carrying a magic ring across Middle Earth. They drop the ring in a crack and go home. The End.

I just condensed three separate 300 page novels down to a line and a half. So why are these stories so great? It’s the numerous plotlines developing before our eyes. The key characters making decisions that affect the end result. All of the antagonists causing conflict by making things difficult and fighting tooth-and-nail to keep the hobbits from getting the ring to Mt. Doom. I believe you can do the same thing with your game coverage and here is my method of doing so.

First, realize that describing a game is more than just following the ball. The teams are playing for something. You must identify the stakes. Is your team playing to climb the standings? Are they trying to keep a long winning streak going? Are they trying to win their first game of the year or avoid a losing streak? The main themes must be identified.

Secondly, who are the main protagonists? Who are the lead scorers? What is the head coaches record vs. this opponent? Who has a history of playing well against a specific team? You must identify potential heroes going into the game. These characters may or may not end up being main protagonists once the game starts. However, if you know the context of why it’s surprising when some guy off the bench steps into the Frodo Baggins unlikely hero role, it allows you to show your excitement when unlikely events unfold.

Next, identify the conflict. Who is trying to deny your team from achieving their goals? This could be the opponent’s best player, the opposing coach, or even the student section trying to alter the game. I’m not saying you should paint the opposing players as Orcs from Mordor, but conflict is what makes stories interesting so you must find it.

Going into the game and knowing the situation will help you to adjust the story if things go differently. For example, if your team holds the opposing teams top scorer below his average, then you know that the new hero is the guy defending him, or the coach coming up with the defensive scheme to make things difficult. You must be able to tell what is important to the game as it makes its twists and turns towards a conclusion.

Finally, realize that your game isn’t one long story, but a series of mini stories. Each play and possession has a new hero a new antagonist and a new set of circumstances and obstacles to overcome. This is how great sportscasters are able to keep even the most lopsided of games interesting.

So the next time you’re prepping for a game, don’t think of it as Team A vs. Team B. Think of it as Team A trying to overcome long odds to defeat their nemesis Team B in an epic battle of good vs. evil. There is a great story hidden in every game — make sure you find it!

How Being A “Lord of the Rings” Nerd Helps Me As A Sportscaster was last modified: April 20th, 2018 by Logan Anderson
Share:

My Favorite Sportscasting Books - SayTheDamnScore.com January 15, 2019 at 3:23 am

[…] written before about the value of reading fiction in the past. However, there is also great value in reading sportscasting books. Here are a few of […]