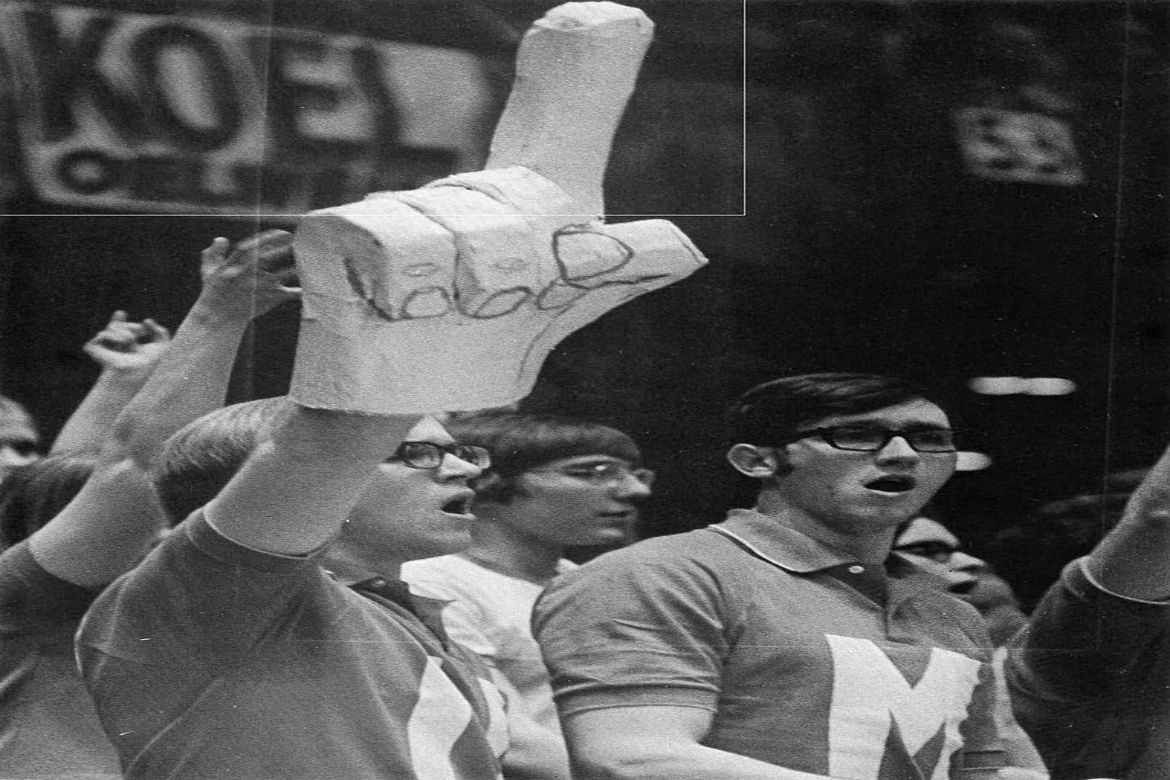 I was chatting with a friend of mine over a few drinks when the topic of fanhood came up. This person was shocked that I, a sportscaster, don’t cheer for any NFL team and rarely watch games on Sunday. How could I love sports so much that I made a career out of watching games, but not want to watch the most popular league in the country?

It wasn’t always that way. Growing up in Nebraska, I was a diehard Nebraska football fan. I had posters of Patrick Ewing and Ken Griffey Jr. on my wall and was devastated every time the Knicks and Mariners lost in the playoffs to the Bulls or Yankees. Since Nebraska didn’t have an NFL team, I adopted the Jacksonville Jaguars for a time as my squad of choice, and had the wardrobe, including a puffy starter jacket to prove it.

Now? My outlook has changed in several ways. First, I’ve matured to the point where I’ve realized that attaching my happiness to how a bunch of grown men who don’t know me play a game is silly. Second, with the hours of game prep and the energy that goes into calling a high school game on Friday night and a college game Saturday afternoon, I’m just footballed out by Sunday. I’d rather watch a movie, read a book, or spend quality time with my fiancée; and recharge for the next week’s grind.

I still try to watch as many Nebraska games as my schedule allows — some things never change. But now I channel my fandom into the game itself, not who wins or loses. I care about the storylines — the uniqueness of each contest — and less about the actual result. Win, lose, or draw, I can always be happy about the result.