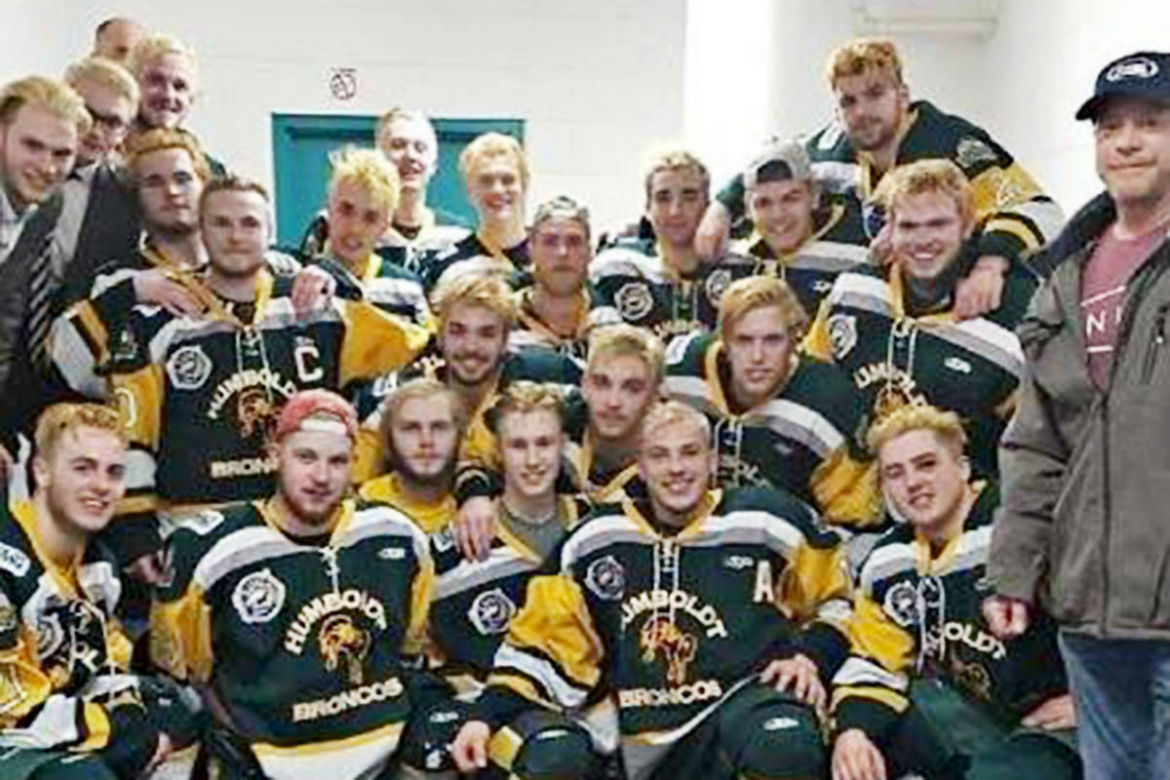 It was tough to read the heartbreaking news of the tragic bus accident that killed 15 people associated with the Humboldt Broncos, including play-by-play broadcaster Tyler Bieber. While I don’t have any personal connection to Tyler or anyone involved with the team, I can’t help but feel awful for the friends and family of everyone involved. Everyone on that bus was chasing a dream, and unfortunately that pursuit was cut short for.

The scariest part of the entire awful ordeal is that this could have happened to any of us! Only a few weeks ago I visited with a friend of mine in the business who was in a bus when it slid off of the road in icy conditions. In that instance, the bus stayed upright and everyone was fine, but my friend couldn’t help but feel shook up.

I personally can look back over my career and remember several close calls. Whether it was an overnight bus ride with a jittery driver fueled by cheap coffee and Camel cigarettes, or hitting a deer on the way home from a teener baseball game.  It’s scary.

There is one particular instance where our driver tried to pass a car on a two lane county highway just as a truck came over the hill. Maybe it’s one of those moments that has become more dramatic now that time has passed, but I remember just missing the truck and being petrified for the remainder of the ride.

Sportscasting has it’s challenges but it’s generally not dangerous. However, anything that involves frequent  travel involves some inherent risk. Whether it’s dodging deer while driving home in a station car at night or trusting the safety of busses and planes, anything can happen.

So the next time you’re frustrated with the difficulty of chasing the sportscasting dream, or any dream for that matter, make sure to remember the 15 people who no longer can, and cherish every moment. The frustrations can be difficult, but the continued ability to do what we love is a gift and should be treated like such.

Rest well Tyler Bieber and the other 14 people involved in the accident. We will all carry on in your honor.

Cherish Every Day was last modified: May 16th, 2018 by Logan Anderson
Share: