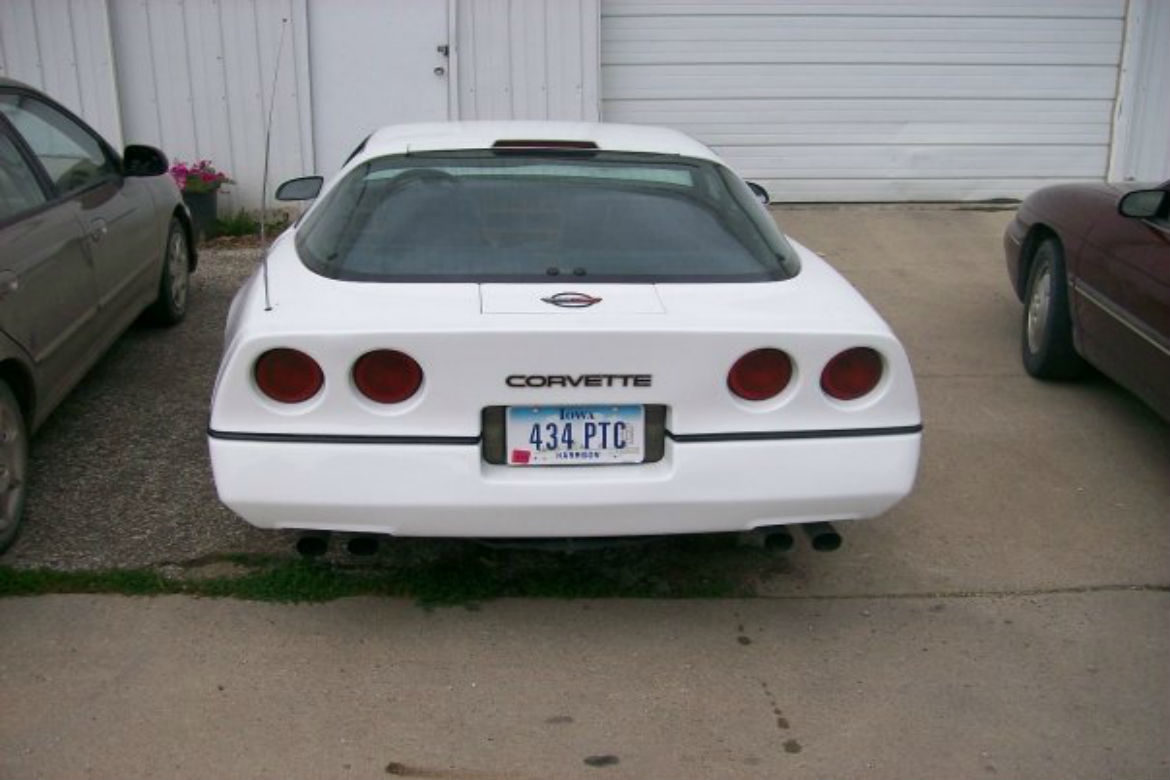 The last game of my basketball broadcast season was this weekend at the South Dakota Girls Class A State Tournament. None of the games were particularly memorable, but the end of the season is always a time for reflection. On the car ride home I realized that this was the end of my 10th year as a professional football/basketball broadcaster. I wanted to go home and dig out old tapes from my first year as a broadcaster in rural Iowa and compare what I sounded like then with how I sound now. The problem? All of my old audio is on cassette tapes, and I don’t have a tape player anymore.

That didn’t stop me from taking a trip down memory lane. Ten years to me signifies being a young veteran in the business. I’m definitely not new to sportscasting, but there are still plenty of dues to pay and mistakes to make. With that in mind, I thought I would share a few of the mistakes that stand out from the first ten years of my career on and off the mic:

Buying A Corvette: Like most new college graduates, I was really dumb with finances. I was so accustomed to being able to stretch $20 for an entire week, that I thought making $24k a year was a fortune. And honestly, for a first job in radio, it’s a livable wage if you’re smart with it….I wasn’t….I saw a mid 80’s Corvette on the side of the road and wanted to prove I was a grown up, so I took out a loan and bought it. I didn’t do research to find out that it was a car that had been salvaged. I also didn’t have any knowledge of what a good or bad interest rate was and agreed to paying 14% over six years. Pouring more salt on my wounds, I didn’t have a garage and had to spend $80 a month on a storage unit each winter.

To nobody’s surprise but my own, the car constantly broke down, and I didn’t know how to fix it, which meant more money in repairs. This dumb decision to buy a car led almost single handedly to me maxing out my credit card and getting further in debt. The day I traded it in for a practical vehicle was one of the best days of my financial life.

Dissing A Sponsor: Late during my time in Iowa, I was the host of a weekly football pick em’ show. It was sponsored by Hy-Vee, a local grocery store, who would send their manager to be a part of the show. This was in the prime of Kurt Warner’s career as an NFL quarterback, and they liked to point out that Warner had been an employee at Hy-Vee before making it big. I made the mistake of saying that if Kurt Warner worked at Hy-Vee, then Brady Quinn of the Browns must have worked at the smaller local grocery store in competition with Hy-Vee. That other store was also a station sponsor, and as you can probably guess, they were not happy! Fortunately, management was able to smooth things over, but I was on high alert to never make a mistake like that again.

Holy Hangover: I’m all for socializing over a few frosty adult beverages with other broadcasters after games. However, overdoing it is obviously problematic. One night during my first year in South Dakota, I did a Legion baseball game and then went out with a couple of broadcaster friends afterwards. Despite having another game the next day, I stayed out way too late, and the next morning hit me like a ton of bricks. I couldn’t get off my friend’s couch without feeling sick. Eventually, about two hours before first pitch, I had to force myself to throw up in order to get myself in condition to be able to physically move off the couch. Conditions that day were 95 degrees and humid, and I ended up sweating through my shirt in the tin press box feeling absolutely miserable. Since that day I have never allowed myself more than one or two drinks if I have a game the next day.

Social Media Savvy: I went to college at the very beginning of the social media craze. In fact, I remember when Facebook became available to students at Morningside College during my sophomore year. Fast forward a few years to a time when everyone had a Facebook account. I shared something to the effect of being excited to have a day off of sales to do a state tournament game. I assumed that this post was innocent enough, but the station owners wife saw it and interpreted it as me not liking to do my real job and thought it put a negative light on the station.  This led to a scolding, a forced apology, and me locking up my privacy settings so only friends and family could see my Facebook page. This story wasn’t necessarily a stupid mistake but was a definite learning experience.

It seems crazy to think that I’ve been at this for a full decade, but as the cliché goes, time does fly when you’re having fun. I hope that I’m blessed to continue to work and grow into my sportscasting career for several more decades and that I continue to learn and not repeat the mistakes of the past.

What mistakes have you made in your sportscasting career? Share your stories in the comment section below.