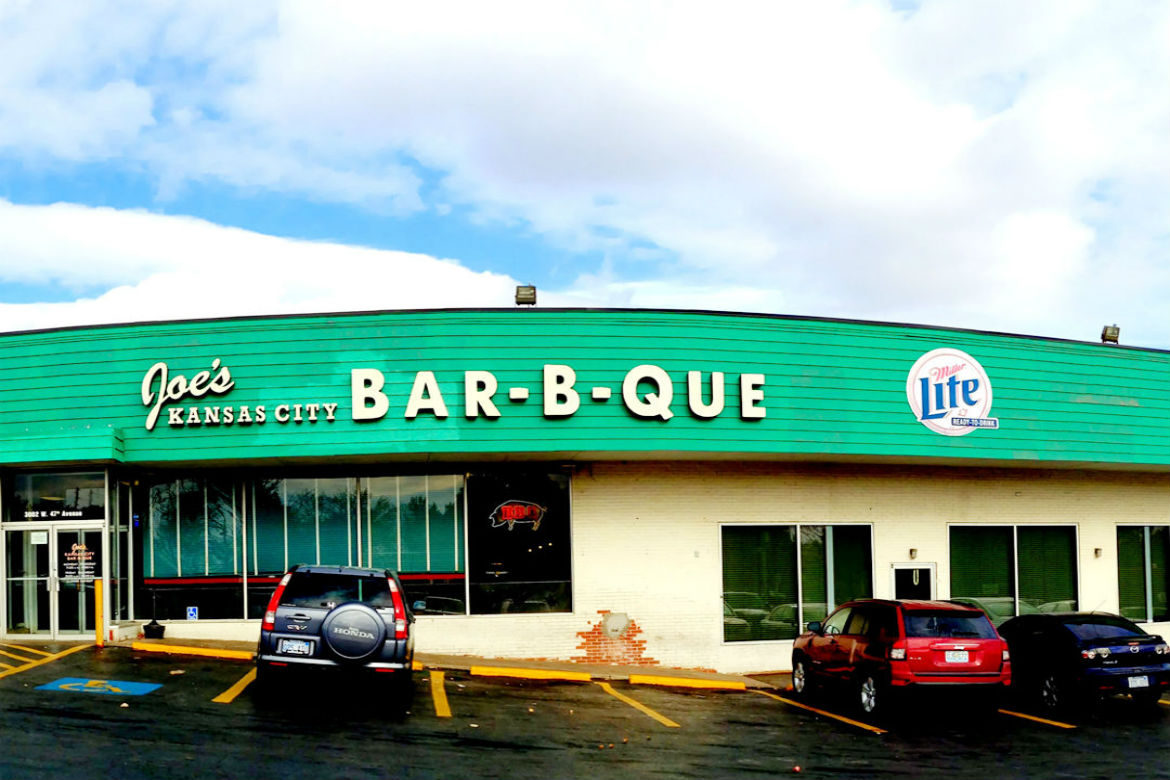 I’m posting these updates a day after they actually occurred. This account took place on Monday, August 8th. For a recap of what I’m doing go here.

Day two started off the way I wish I could start every Monday, by sleeping in until 10:00 AM. We left the Ambassador Hotel in Salina, Kansas behind schedule, but before we left town we stopped for a quick tour of the Rocking M Radio Studios. As mentioned yesterday, during day one of the tour we were able to get to know James Westling, who does sports for Rocking M Radio, and he was supposed to  show us around the premises. Unfortunately, we ran late and he was out running an errand when we arrived. Instead, we got the tour from one of his co-workers, Dr. Paul A. Ibbetson. Dr. Paul is a published author who has printed works of both political commentary and sci-fi/horror novels (As a person who is fed up with politics, they sometimes feel like the same thing) available on Amazon. Dr. Paul led us through their studio, which was a pretty standard small-market facility. We definitely would have to say that our time at Rocking M Studios “rocked” but all things must come to an end, so we left to grab a quick bite before heading to Kansas City. 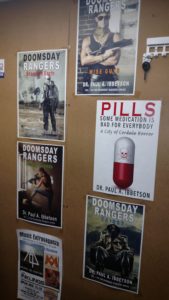 We drove around Salina looking for a place to eat and saw a Korean BBQ restaurant. Sarah made a comment that she had never tried Korean food, so of course I pulled in only to find out that they were closed. Lucky for us, we arrived simultaneously with an older gentleman who suggested a Chinese joint called “The Great Wall” just a block down the street. The three of us went there, and we invited the man, whose name was Ken, to join us at our table. The food was excellent, but Ken’s stories were even better. He turned out to be a childhood friend of K-State play-by-play man Wyatt Thompson, who we had hoped to meet in Manhattan but our schedules didn’t match. He was semi-retired and worked in one of the few Ace Hardware Stores in the nation with a sporting goods section and was very proud of his work. He also told us the story of the tragic Wichita State football team plane crash from 1970. Apparently his wife’s brother was a player and one of the people who passed away in the heartbreaking incident.

After the wonderful conversation with Ken, Sarah and I left Salina and headed towards Kansas City, where we checked out a room using Air BNB. If you’ve never used Air BNB it’s like Uber, only for homes. You are essentially renting spare rooms from the homes of random strangers. We had used Air BNB in the past, and needless to say, it’s usually an adventure! We checked into our room in a very hipster area, and the home matched the neighborhood. It was nicknamed “The Circus” by the owner and had little notes posted all around the house, lots of color, and a dog named Gemma that resembled a hyena. 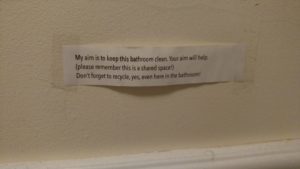 Clever note in our bathroom at “The Circus.”

After dropping off our bags, we left “The Circus” to take in some sports history by visiting the Negro League Baseball Museum. Unfortunately, it was closed, so instead we went to the Boulevard Brewery for a tour. Unluckily, the tours were fully booked. We settled on drinking a flight of beer tasters from the Boulevard Brewery Bar, which was still cool because they had numerous flavor varieties that aren’t available anywhere else, and well…I like beer. 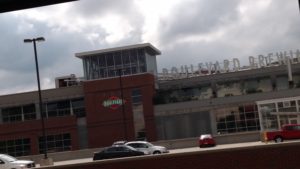 We stopped back in “The Circus” for a short time before dinner where we tried in vain to solve a Rubik’s Cube that was sitting on the dresser in the room. We were not successful. We knew we had to have BBQ while in Kansas City but where to go, Arthur Bryant’s or Joe’s KC BBQ, was the question. After asking many people for suggestions, we decided on Joe’s KC BBQ. It was located inside a gas station, but the ribs were among the best I’ve ever tasted. We were joined by my college roommate and Morningside Mustang JV teammate Brian Kern, as well as his wife Michelle, six month old daughter Emma, and sister-in-law Jeanette. It was great reconnecting, introducing a good friend to my new fiancee, and eating myself into a food coma.

After dinner we went back to “The Circus,” had a nice chat with our temporary roommates while watching Netflix, and called it a night.

That’s it for day two! Tomorrow we continue the journey to the Columbia, Missouri area!