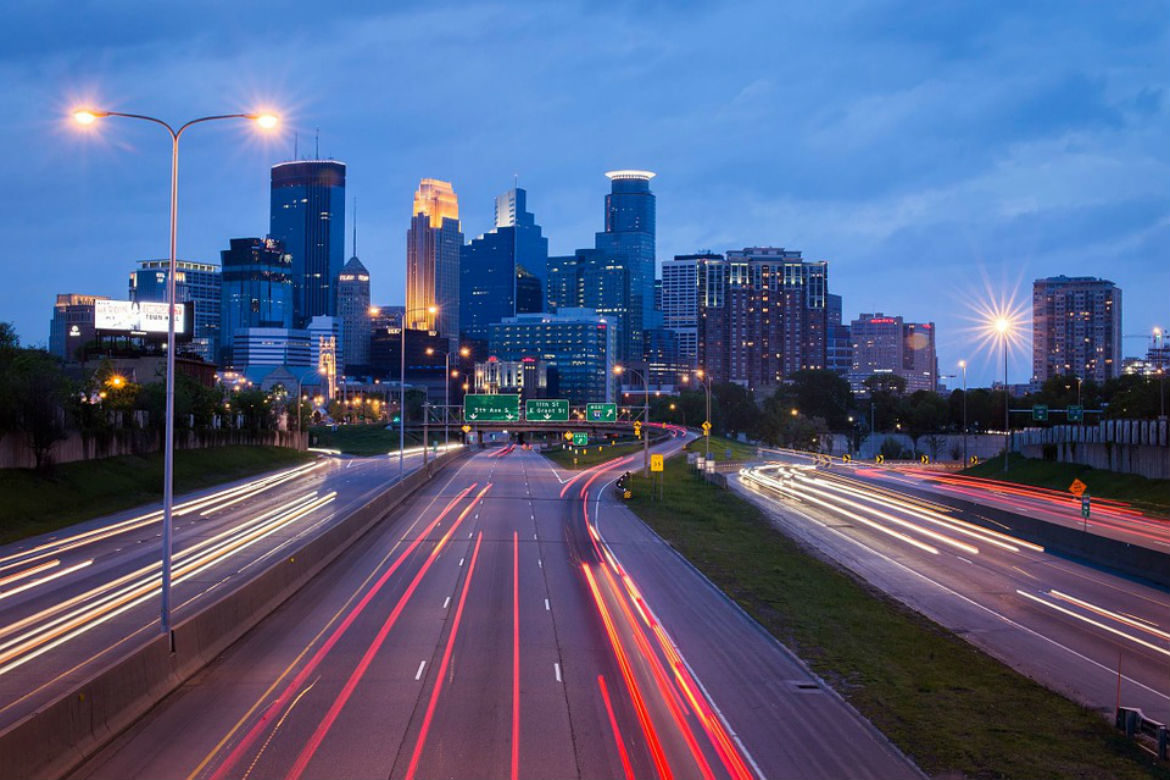 Driving home after a recent visit to my hometown in Nebraska for a long weekend, my wife and I took the long way back home through South Dakota to visit friends. We cruised by the exit ramp of my old town while listening to classic hits on my old radio station, and it brought back a flood of old memories. We couldn’t help but reminisce about old acquaintances, great games I had the privilege to cover, and how we missed the low cost of living! We could almost smell the greasy burgers from our favorite small town bar and grill where everyone knew our names.

It’s been a little over a year since packing up our bags to take a leap of faith and move to the Twin Cities. There have been tremendous highs since moving here. Getting my first TV play-by-play experience was memorable, trying new sports is always fun, and going to the Final Four was a true bucket list experience.

On the other hand, it’s been a frustrating year in many ways. My goals were to find some kind of a foot in the door at one of the two sports radio stations, and I also hoped to latch on as the voice of one of the local D3 college teams. I’ve had some success working toward the latter goal with fill-in work for several area colleges, but I’ve gotten very little response from any area program directors or other decision makers on the radio station side.

I had hoped things were at least stabilizing when I took a full-time radio sales job at a small town station south of the metro. Unfortunately, that position proved to be a poor fit for both sides, and we parted ways on good terms after eight months. Finances have been tight, and there are definitely days where I question my sanity for leaving a stable income in South Dakota to try and chase my dreams in a bigger pond.

Looking back at the last year, it would be a lie to not consider it a failure. However, failure is not necessarily a bad thing. It’s a necessary step to figure out what doesn’t work. They say Thomas Edison tried 1,000 different ways to invent the light bulb before figuring out the right combination. When asked if he failed 1,000 times, he said “No, it was just a 1,000 step process to succeed.”

I hope it doesn’t take 1,000 steps to eventually get the right combination of breaks to achieve my goals. However, if it does, so be it. And if I never get to where I want to be, I’ll at least know I gave it everything I could.

On a separate note, maybe you’ve wondered why after 3.5 years of consistent blogging, I haven’t posted anything new in over a month. The answer is that I’ve been in the process of developing an entrepreneurial venture that has taken pretty much all of my spare time. I can’t go into too much detail about it yet, but when I can, I definitely will. Either way I should be able to get back to a regular writing schedule from here on out.