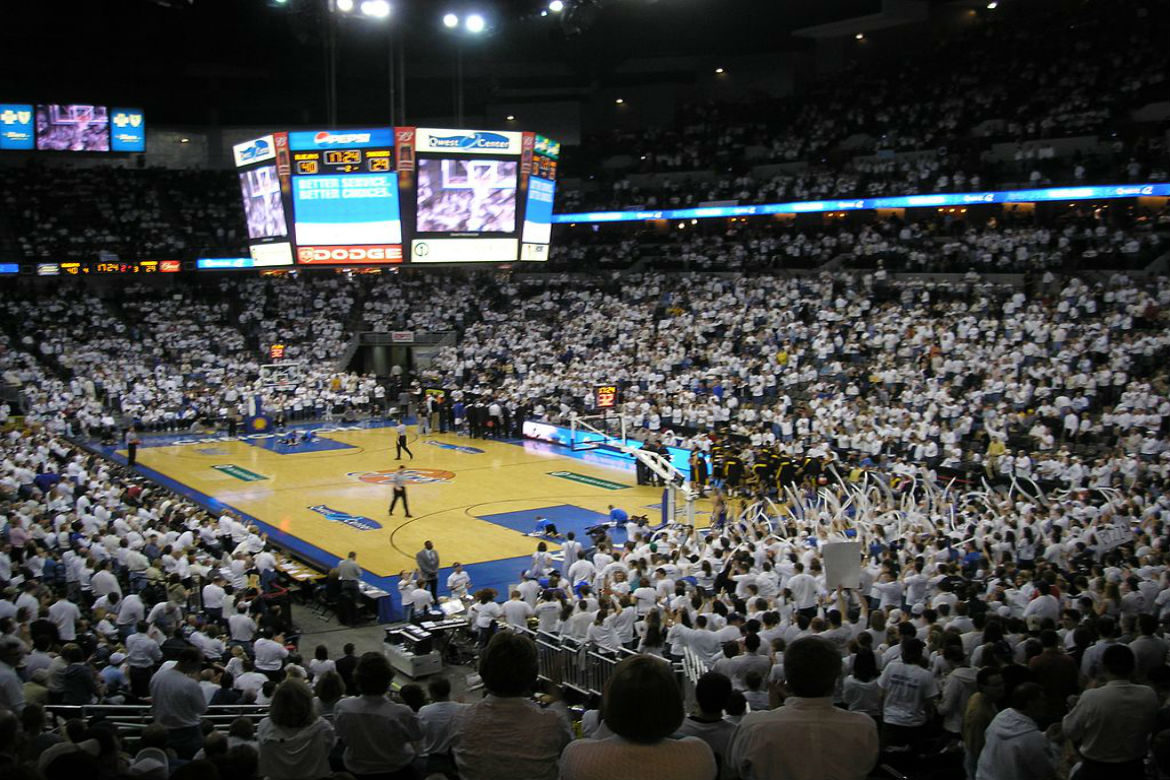 The offseason may mean no actual games to call, but networking never stops. This past weekend I was scheduled to broadcast an indoor football game in Omaha, Nebraska. I probably don’t need to tell a sports fan what was also going on in Omaha last weekend. However, if you were living under a rock, it was one of the host locations for the Sweet 16 and the Elite 8 rounds of the NCAA Tournament.

When big events like the NCAA Tournament come to your area, it’s a great chance to connect in person with broadcasters you otherwise could only talk with via phone, email, or social media. With that in mind, I made the two hour drive south at 7am for a 7pm broadcast in order to meet with broadcasters in town for the tournament.

First, I met with my friend who is a sports talk host and play-by-play broadcaster from Kansas. He was following the Jayhawks and hosting his talk show on location. We met several years before at the NSMA Conference and had not seen each other since that time. However, he is one of the people I trust to critique my work and provide honest feedback at the end of every football and basketball season.

In sales, there is a common theory that it’s easier to sell to someone who is already a customer. I think networking is similar. It’s easier to build on existing relationships than it is to cultivate new ones. But it can’t be fake! The reality is, neither of us will be able to help each other climb the ladder in the business for many years, if ever. But having a friend in this business goes way beyond helping each other find jobs. Sometimes it’s about having someone to listen to your work and provide honest feedback. Sometimes it’s about providing encouragement for each other when frustration sets in from all the rejection you receive in this business. People help their friends, so focus on being a good friend instead of what people can do for you!

After lunch, I drove across town to meet with one of the broadcasters in town to call a tournament game for a cup of coffee. He had a busy schedule that day but was kind enough to work in time for a half hour chat. In the past we’ve chatted via phone and email, but it was awesome to put a face to the name. We met in downtown Omaha and chatted about the upcoming game, each others careers, and life in general as opposed to asking what he could do for me.

On an unrelated note, I want to take a moment to brag about something that requires zero skill, my NCAA Tournament bracket! I filled out a bracket where I advanced schools whose broadcasters had been on my podcast. It was a pretty extensive list! Brian Hanni from Kansas, Wyatt Thompson from Kansas State, Steve Cotton from Marshall, Geoff Haxton from Texas Tech, Paul Keels from Ohio State, Matt Shepard from Michigan, and since it’s been less than a year, I included Tony Castricone formerly of Clemson. What did all of these schools have in common? They all won their first round game, five made the Sweet 16, four made the Elite 8, and two made the final four! That has me in the top 99% of all ESPN brackets. I picked Kansas to beat Michigan in the title game, which looks like a very realistic possibility.

So by choosing teams with broadcasters who have been on my podcast, I have a chance to finish with my best bracket ever and a chance to enter the final drawing to be eligible for the Maui Invitational next year. It’s still pretty unlikely, but it’s fun to speculate while I still can. Don’t believe me? Click on the screenshot image below.

What events have come to your area where you could have built relationships with other broadcasters? Share your stories in the comments section below!

ABN: Always Be Networking was last modified: May 16th, 2018 by Logan Anderson
Share:

[…] this article and this one…..don’t forget about this one….or this one…even this one. It’s a skill I write about frequently because it’s crucially important in […]