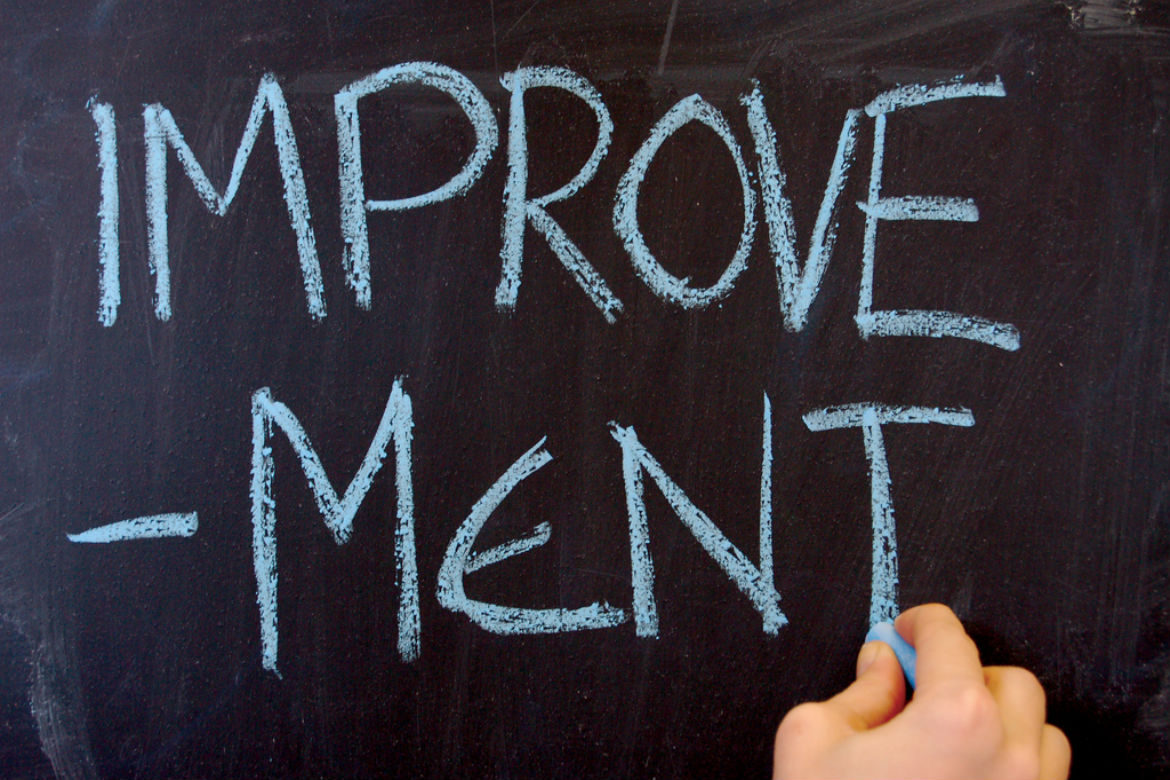 One of the main reasons I started this website was to hold myself accountable as I strive to improve in the art of sportscasting. The thought was that if I publicly state my goals and detailed a plan on how to accomplish those goals, it would add positive pressure to follow through. I’m happy to say it’s working!

I’ve been following what I frequently refer to as my Blueprint to Broadcasting Success since January of 2016. It’s been difficult to measure improvement since then because the majority of my work has been during the off season. So while I’ve been getting daily reps announcing games on TV/YouTube, it’s hard to really hear whether or not I sound better in an actual broadcast.
I’m now six games into my high school season and four games into the NAIA season and it’s working. Below I’ve listed where I focused my efforts and how I’ve been doing:

1) Increase and vary my vocabulary
This to me is the biggest jump I’ve made. The Announcer Alterations and vocabulary exercises have been extremely helpful. I now can list 5-10 different ways of saying all of the most common actions and descriptions inside the game without a second thought. I’m repeating fewer clichés and using unique language at a much higher level than I ever have before.

2) Pinpoint the ball, players, and movements more accurately and consistently
I do better at this but still need focus on further improvement. Long pass plays are particularly an issue. I frequently fail to use the horizontal marks (numbers, hash, sideline) to show where the ball is or where the receiver is running after the catch. I focus so much on varying the description of the pass and identifying the receiver that I fail to say where it was caught. I will increasingly focus on this in my practice sessions.

3) Work towards handling the language better, especially reducing the amount of times I use shortened words and slang. (ex. Gonna, Gettin’, etc.)
I’ve also made massive headway here. When I first had this issue pointed out to me in a critique from Mark Boyle, and shortly after by a panel at the ODT seminar, it was a true eye opener as my broadcast was littered with these words. Since then, I’ve eliminated 85-90% of them from my call and it sounds far more professional.

4) Increase the energy in my delivery
My energy has increased but still could be better. This, to me, is one of the most difficult areas to work on because it’s almost impossible to organically boost your energy when calling action on a monitor. In the actual game the crowd and adrenaline help to rev up the call. I will have to really focus on working on this during my actual broadcasts.

5) Saying the damn score!
I have improved at trying to say the score every first and third down but still need to do it more consistently.

There is plenty more to work on but it’s definitely encouraging to hear the improvement I’m making. It felt even better when I sent my audio out to a few friends in the industry and they all verified what I believed, I’m getting better quickly! I’ve included before and after audio of my football play-by-play for anyone who is interested in giving it a listen. Feel free to give feedback on the comments section or via email.

Before: Football Clip From 2015

After: Football Clip From 2016