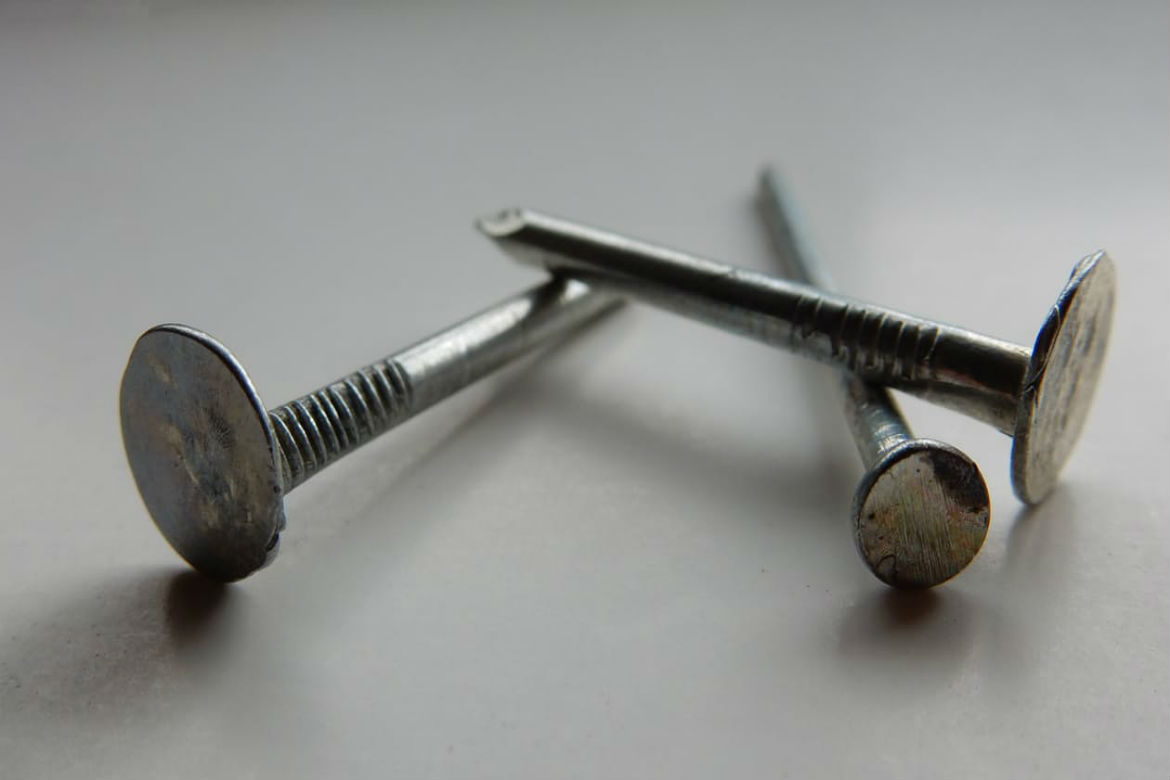 I had an interesting conversation with John Thayer, the sports/operations director at my station. He knows I’ve been doing a lot of working on improving my sportscasting vocabulary. John was following one of my broadcasts when he noticed I was using the term “the nail ” as a floor locator. As someone who played basketball at the high school and collegiate level, I know that there is a tiny nail pounded into the dead center of the free throw line in almost every basketball court in the country. Coaches have told me to use that nail to line up free throws since I was in elementary school. John mentioned that he was unsure if that was a commonly recognized term. This really surprised me, John covers NCAA DI women’s basketball and is an excellent sportscaster. He recognized the term, but as a high school wrestler, questioned whether it was common knowledge.

As a result, I ran a very unscientific survey on both Facebook and Twitter to see if “the nail” was common knowledge. Almost universally, people who played basketball knew where it was, while people who didn’t play organized basketball had no idea. This made me realize that, as a sportscaster, we aren’t just catering to people who have a deep knowledge of the game. We are broadcasting to parents, grandparents, and people who have never touched a basketball. With that in mind we have to make sure that we don’t get over technical with our description.

So what type of vocabulary is appropriate and what’s not? I don’t pretend to know the answer, but the discussion is an important one. We all want to come up with just the right word that shows how clever and creative we are describing a given situation. I’ve been building a glossary of terms to help me vary my vocab. In this glossary of terms I’ve included words like “arm joint” to describe the elbow/high post and “coffin corner” to describe where the baseline and sideline meet. Knowing how to weave the creative with the understandable is what sets apart the good from the great in our business. The true greats can provide deep knowledge and insight for the hardcore fan, without going so deep that the casual fan gets lost.

Finding that balance is a real challenge. Personally, I think there’s a place for both obvious and insider vocabulary like “the nail” in a broadcast. However, these type of insider words should probably be used sparingly, and if you do use one, try to give an explanation into what it means. This allows us to take on the role of educator, as well as entertainer and informer. What are your thoughts on what type of vocabulary is appropriate and what is too much? Please share your thoughts in the comments section.

Where Is The Nail? And How Much Vocabulary Is Too Much? was last modified: May 9th, 2017 by Logan Anderson
Share:

I have often brought up the story of Sisyphus in reference to a team trying to come from behind. But I always remind the listener what that story entails in a brief way.

Can you remind this thread what that is? I’ve never heard of it.