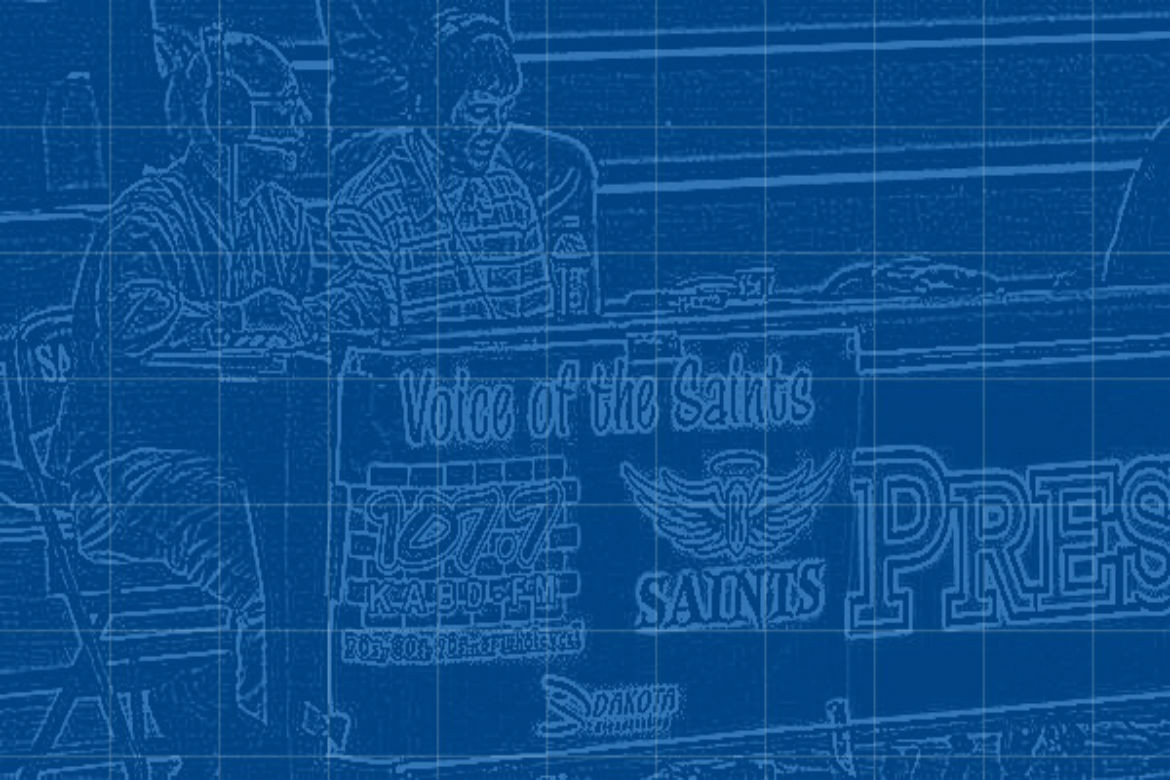 Last week I wrote about refocusing on improving as a play-by-play broadcaster through regular focused practice. Finding ways to prevent tripping over the same stumbling blocks that set me off track before will be critical for success. The two biggest adjustments are:

Working Around A New Lifestyle: When I started the Blueprint process in 2015, I would do many of the activities in the evening. I was single and living in a tiny studio apartment with nothing else to do. Often, I’d stay up well after midnight finishing up game prep before getting to work on practice reps.

Now I’m married and trying to tiptoe the line between working hard towards my sportscasting goal while simultaneously spending time with my family. It’s already a difficult balancing act, and that’s without any kids yet. I still often stay up well into the night working on game prep, but I try to avoid it when possible. Adding extra reps into an already busy schedule is not the answer. But what is?

Being Less Rigid: In the past, I assigned myself specific activities for specific days. It worked for a while, but I would find myself in situations with three basketball double- headers in four days, where adding extra reps ended up straining my voice in ways that affected the sound of my real broadcasts.

Combine that with the time management challenges mentioned above, and something has to change. Instead of trying to do specific things on specific days, I want to batch my activities during the days I have time. I plan on waking up early and utilizing time in the morning and on weekends instead of staying up late. No longer will I assign myself a specific activity every day, but I will be maximizing the time I do have.

So without further fanfare, here is the updated Blueprint To Broadcast Success:

Forty Minutes of Practice Play-By-Play Per Week: The original Blueprint featured six days of doing seven minutes of play-by-play. I came up with that number because with 40 minutes in a standard college basketball game, it’s comparable to doing an extra game each week.

I think 40 minutes is the right number here. However, I think it’s more game-like to do it in longer 10-15 minute segments a few times a week. If I have extra time I can always do more, but I think that’s a good baseline.

Contact Three People In your Network Each Week: This aspect of the Blueprint has been the part I have done the best job of keeping up with. Part of it is being in a new market, but I’ve been consistently reaching out to people and trying to build professional relationships. Nonetheless, it’s important to continue to work on building and maintaining professional relationships. My goal will be to reach out to two existing contacts and one new person each week.

Six New Vocabulary Terms Each Week: After two years following the original Blueprint, coming up with ten new terms each week started to become challenging. My lists for football and basketball, my main sports, became so extensive that I would have days where I simply couldn’t come up with anything new. For that reason I’m going to cut back to six terms per week. Also, on days where I have language block, instead of staring blankly at the wall trying to make something out of nothing, I’ll instead start building glossaries for sports that I call less frequently, like baseball and volleyball.

Listen Critically To Three Different Broadcasters Per Week: This is pretty self explanatory! Just tune into three different broadcasts for 10-15 minutes each week. It doesn’t matter whether it’s in the car, at the gym using the TuneIn app, or anywhere else! I’ll listen for things I like and can use, as well as things I don’t like and want to avoid. It’s all about listening, learning, and getting better.

Self Critique Once Per Week: This is also pretty simple. Once per week  I’ll listen to a sample of my own work and make sure that A) I’m consistent with the fundamentals of good play-by-play and B) Make sure that I’m improving on the aspects of my call I’m specifically trying to improve. If there is  a week where I don’t have a game, I’ll record a practice session and listen to that as if it was a real game.

Accountability: In order to stay on track, I believe in writing all of my activity down in a notebook and adding up my totals both weekly and monthly. I will also go back to posting quarterly updates on this site letting you know where I’m doing well and where I’m coming up short.

Read: I firmly believe that reading is an incredibly important skill. It helps to build vocabulary, improve as a storyteller, an generally increase my mastery of the language. Whether it’s an epic fantasy novel, biography, or book on sportscasting…to me it doesn’t matter. Even if it’s just a few pages, clearing some time every day for reading is critical.

Do any of you have suggestions of things I can add to this routine? Please share in the comment section below.