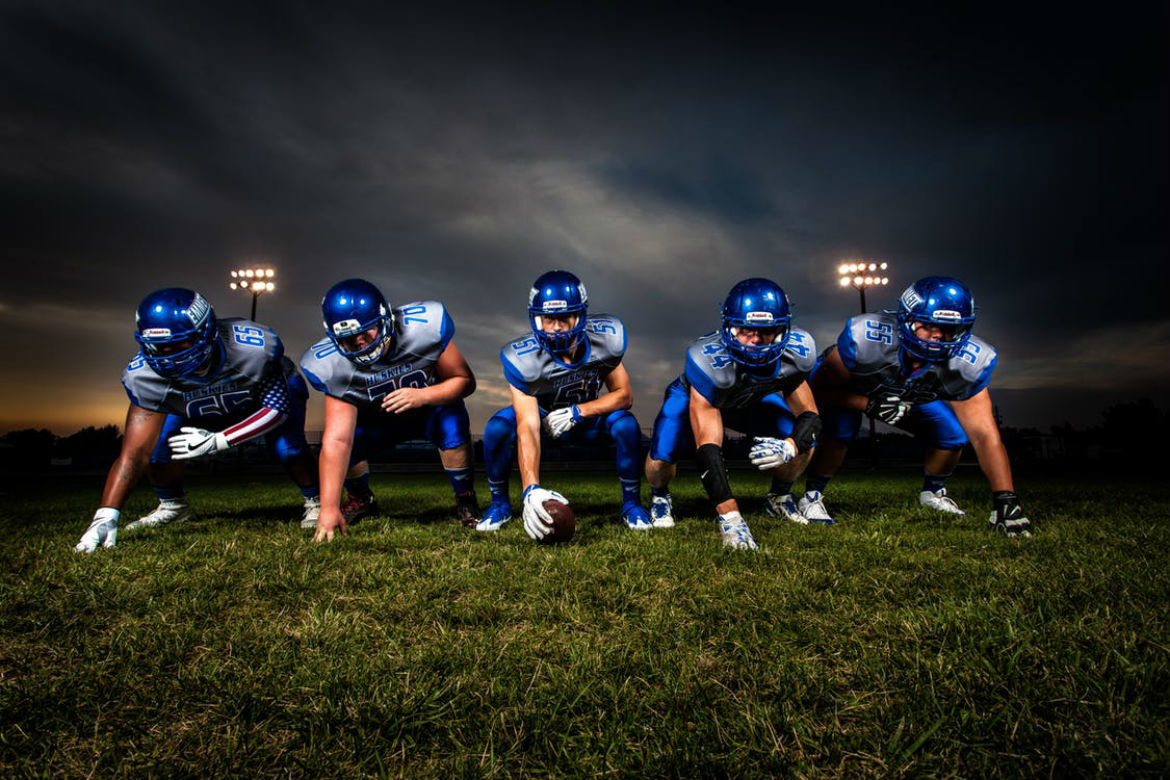 Are you ready for some football? I know I sure am! The start of football season for many of us (baseball guys not included) is like the first day of school as a kid. Summer break is great, but as Labor Day approaches, we get antsy. I’ve had a summer full of wedding planning, following the broadcast blueprint as much as possible, and trying to get better by trading critiques and attending conferences. Now it’s time to see what gains and improvements I’ve made by doing what I love so dearly and jumping back on the air!

This will be my second year covering Vermillion High School in South Dakota and Morningside College in Sioux City, Iowa. Last year at this time I was starting a new job while trying to get moved and settled as football season started. I did everything I could to put forth a quality broadcast, but some of the icing on the cake that I would usually put on had to get left behind. This year I’m settled in, I have far more historic contextual knowledge built up for both teams, and I have a better idea of where to go to find prep information.

I like to set goals at the beginning of each season on aspects of my broadcast that I want to improve. Last year I put a huge emphasis on building vocabulary, pronouncing “ing’s” at the end of words, and really nailing down the basics fundamentals of down/distance/yard line on every play as well as time and score every minute. There is always more work to do, but I know from listening to tape that I have improved dramatically in these areas.

With that in mind, my first goal is to maintain the improvements that I made last year. I’ve built the foundation towards becoming a very good football broadcaster, but we all know what happens when people remove the bottom blocks from a Jenga game: the whole tower falls. So my first area of focus has to be on maintaining the foundation to allow more blocks to be built on top.

Second, I believe that my biggest area of improvement has to come in pinpointing the ball. Is the run to the right or the left? Is it off tackle, behind center, or a stretch to the outside? I especially need to get better at using the horizontal markers on the field (hashes, numbers, sidelines) with more consistency.

Third, I need to smooth things out. I have too many moments where my call gets momentarily choppy because I’m trying to think of just the right way of saying something. Hopefully, the vocabulary work I did over the last year will help me to find those words quicker and more instinctually.

Fourth, most broadcasters do a pretty good job of setting the offensive formation. I include myself in that group. However, I hear many broadcasters, myself included, more or less ignore the defense. That’s like painting a picture and leaving half of the canvas blank. I need to do a better job of painting the full picture on the field for the listener. How many players are in the box? Are the corners pressing or giving a cushion? Are the linebackers showing blitz? These are all important colors on the other side of that picture that will help the listener really see what is happening.

Finally, I need to do a better job of spotlighting the analyst. I will have two very different situations with analysts this year. Covering Morningside, I have an excellent, experienced analyst. Covering Vermillion, I have an enthusiastic young analyst who is brand-new to broadcasting. Neither situation is new but both have their challenges:

My Morningside analyst really is excellent. He’s always prepared, he works for the college and knows the players, and he’s very observant of things happening not only on the field, but on the sideline, and even in the stands. The problem? Morningside runs a high octane, no huddle offense. I’m so used to doing games solo, or with analysts who barely talk, that at times I try to get in too much information. This frequently doesn’t leave time for the analyst to get his two cents in. Also, because he has so much insight, he sometimes talks too long and doesn’t give me enough time to set the next play. We had this conversation throughout last season and we both got better, but as good as he is, I need to do a better job of getting to the point quickly so he can shine.

My Vermillion analyst is a former starting quarterback for the team. He knows the game, he’s pumped up to be a part of the broadcast, but he’s brand-new. Maybe he’ll be a natural and won’t require much coaching to get him up to speed, but I doubt it. Let’s face it, most people aren’t good at anything the first time. I need to make sure to ask questions and lob softballs to him. I also have a tendency, again because I am used to covering games solo, of just rolling into the next play without giving the analyst a chance to say anything. My Morningside analyst will poke me in the shoulder and give me the well deserved stink eye. I think it’s unlikely that somebody new to the gig will be assertive enough to know when that’s alright and when it’s not. It’s up to me to help him develop and find ways to shine.

There are plenty other aspects of my call that require improvement, but you can’t build the roof before the house is framed. This is more than enough to focus on for one season. What are you trying to improve on this year? Please discuss in the comment section below and maybe we can help each other out.

I read this post, and thought you must be reading my mind. A lot of these same issues (vocabulary, time & score, setting the defense) were critiques I received from broadcasters and fans during last season. My biggest challenge for “TV” broadcasts is finding more ways to describe “good” runs, “excellent” reads, and “strong” (insert something that should be strong) because I do not need as much description in the play call. Another challenge has been finding more ways to say the time and score.

Great minds think alike! Also, excellent point on the TV side of things. I have zero experience on that side of things but what you said sounds spot on.

I don’t get to cover football but it leaves me the opportunity to continue to practicing and perfecting my basketball calls. I’ve been working on time and score frequency and it’s getting much, much better. I’m comfortable enough with it at this point to move on to my next project which is vocabulary for passing and learning when to detail the exact pass and getting straight to player/position and what they’re doing. Extremely difficult but everyone would do it if it were easy, right?