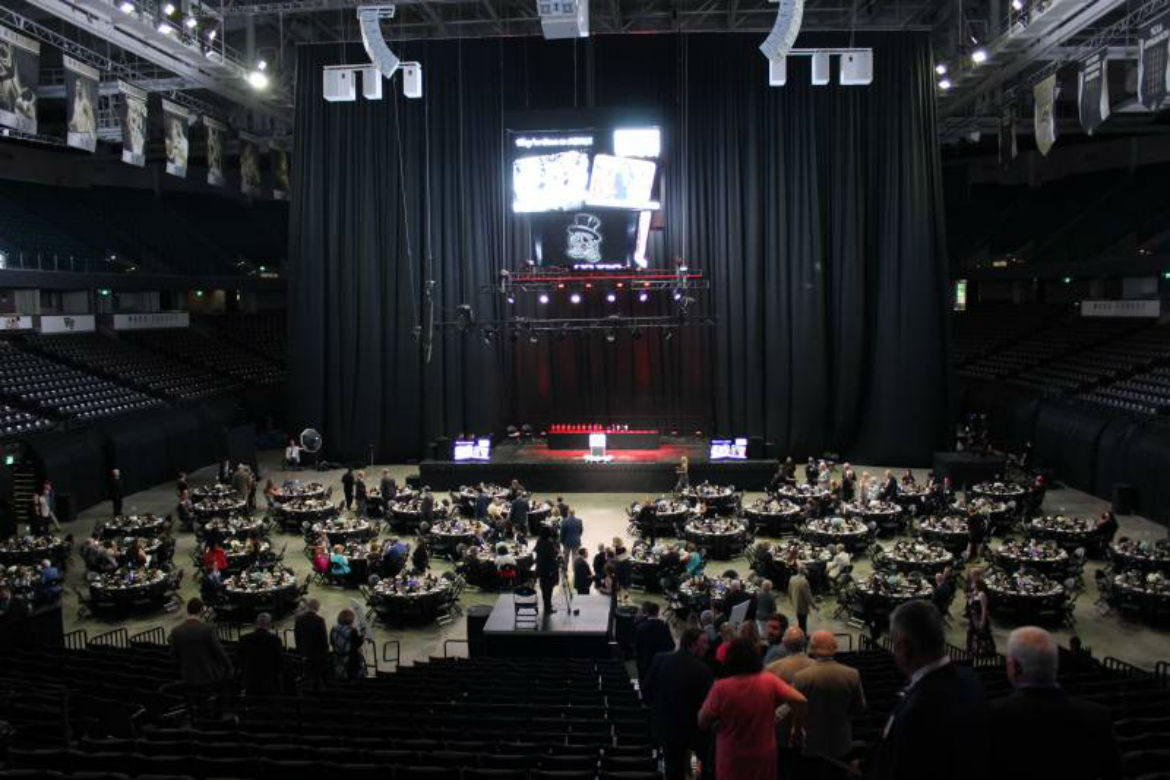 I do not have any agreement with the NSMA. This is not paid content, just my honest opinion on a great event.

At this point in my career I’ve reached my goal of being an NCAA Division I broadcaster for exactly one day. For one exhilarating day, I was the fill-in voice for Oral Roberts when they visited North Dakota State in Fargo. Hopefully it’s not the last time, but if nothing else ever goes right in my career, nobody can ever take away that one day. It took an unusual chain of events for everything to fall into place, all of which started several years before:

Sounds simple right? Of course, in this industry nothing is simple, and there was a ton that happened between the lines. In this case many of those lines can be traced back to one place, the National Sports Media Hall of Fame Weekend in North Carolina. Here’s what really happened if you dig deeper:

We all know that building networking relationships is important, but it’s not always easy to do. The NSMA Hall of Fame Weekend has far and away been the best sportscasting industry event I’ve attended. Here’s what you need to know about the event if you’re thinking about going:

The Events: The weekend consists of four main events:

Each of these events are followed by networking mixers where you can share a cocktail and talk to many of the most prominent names in the business with their guard down. It’s definitely educational, but the opportunity to meet so many people with a deep, shared passion for sportscasting is unlike any event I’ve stumbled across.

The Cost: Unless you’re a winner, attending the NSMA Hall of Fame Weekend can get spendy. To attend all of the events listed above, the final amount is $429 (you get a discount if you’re an NSMA member). By the time you book a flight, hotel room, or car you can easily end up spending $1,000 or more. However, it’s an investment in yourself and your career, and I have found the results of attending to be well-worth the price of admission.

There are a few ways to cut costs and still have a great experience. While it’s really nice to stay at the official hotel if you can afford it, there are plenty of other lodging opportunities. I personally am staying in an Air BNB about a five minute’s drive from all the action. A couple small Uber fees will more than make up for the $50 to $100 per night you can easily save on lodging. Also, if you know someone else going you can always split the cost and share a room.

This year, the event takes place June 22nd through 24th in Winston-Salem, North Carolina. If you’re interested in signing up, you can do so here. The deadline to register is June 15th and if you have any questions, reach out to Dave Goren, the Executive Director of the NSMA at this address dgoren@nationalsportsmedia.org.

Also, if those of you going to the event would like to meet up, feel free to reach out to me via social media or the contact page.

How The NSMA Awards Weekend Can Change Your Career was last modified: July 2nd, 2019 by Logan Anderson
Share: