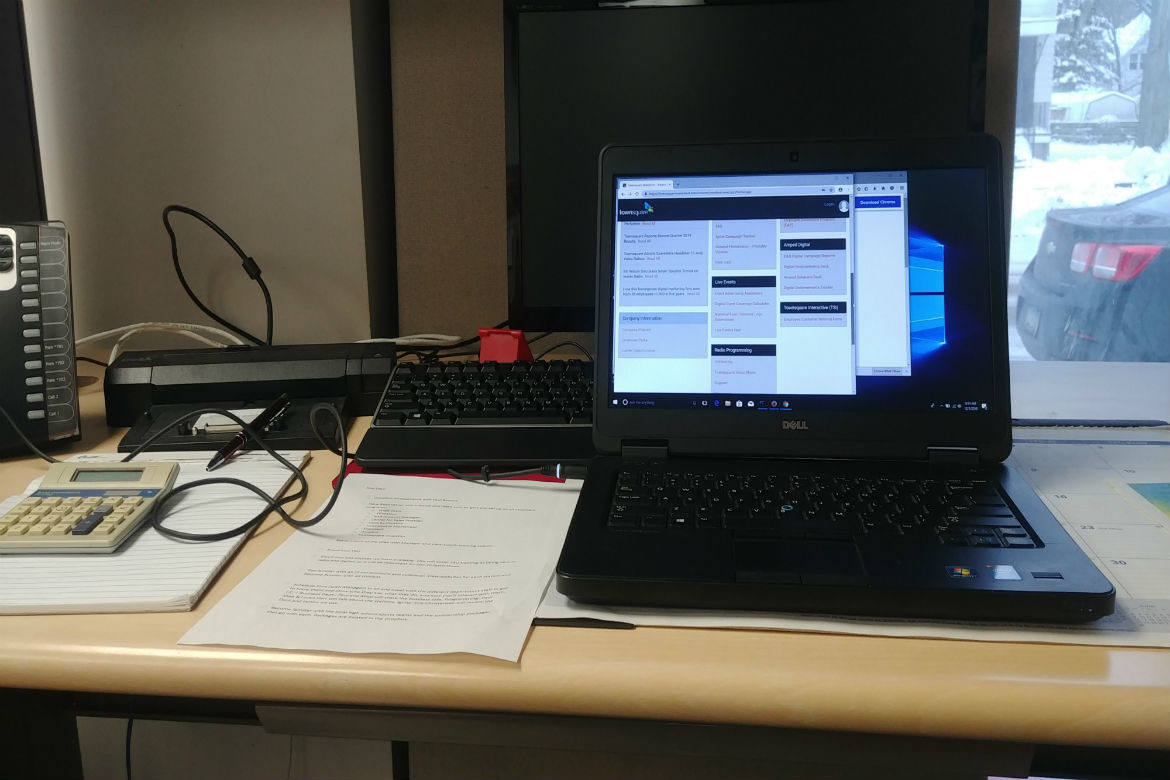 In last week’s post, I shared reflections of my three years writing about my career on SayTheDamnScore.com. After looking back at the past, this week I’m happy to share an exciting development for my future. I’ve accepted a full-time radio position with Townsquare Media in Faribault, Minnesota; a town 35 minutes South of Burnsville, where I currently live. After working as a flooring associate at Home Depot for the last 3.5 months, I’m finally back in my element!

As usual, things came together in a fashion that was almost impossible to predict. I had been pursuing jobs with area teams, colleges, and sports radio stations as a producer, show host, social media manager, and anything else that I thought might give me a foot in the door. However, every lead resulted in a dead end. Finally, I applied for a part- time job running a board and mentioned my sales experience in my cover letter. It took less than an hour for the sales manager to respond, asking to schedule an interview. At the end of the first interview, they asked me to come back and give a mock sales proposal. When I finished that proposal they told me they would put an offer together for me. A week later, I accepted that offer and put in my notice at Home Depot the next morning.

I believe this position will be a great fit for both myself and my new station cluster. The position is primarily a sales position that could include some play-by-play opportunities. However, they are flexible and open to my continued pursuit of freelance sportscasting work in the Twin Cities metro area. I’ve been successful in three previous stops as a sales person, and if I can do it again, it will give me the opportunity to grow both on the air and allow me to live a far more comfortable life financially. It’s the best of both worlds!

It also puts me back in a radio station. It may seem silly, but the oddity and chaos that sometimes borders on dysfunction that I’ve experienced in the past is an environment that I miss. One of my old managers used to say, “If you can’t have fun at a radio station, then something is wrong.” I’m ready to have fun again.

It’s taken almost five month since officially moving to Minnesota, but it finally feels like things are coming together. I’m getting consistent high school and small college freelance work and have been getting good feedback from everyone who’s hired me so far. I’ve made good connections with broadcasters and influencers in the area, and now I have a full time job in the field.

When we decided to make the move to the Twin Cities, I was nervous. I doubted whether I would be good enough to find work in a major media market. Once I started to get freelance work, I was concerned I would never be able to make a good enough living to continue long-term in the industry while supporting a wife and someday a family. I still have a long way to go to reach my goals, but with the events of last few weeks, I now have confirmation that with time and hard work, I can succeed! And if I’m being completely honest, it feels good.