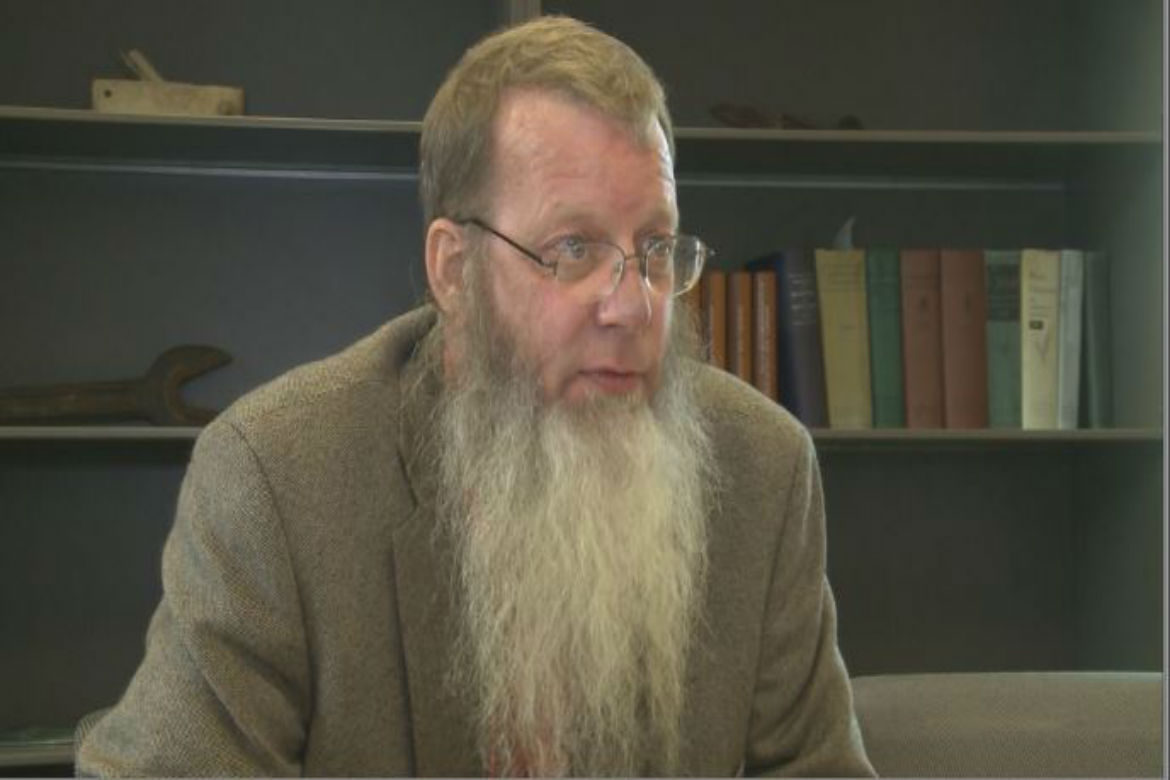 On March 30th I reached out to the long time receptionist for the mass communications department at my alma mater, Morningside College. The topic of discussion was not our normal light-hearted banter. The head of the department was fighting cancer and had turned down treatment. We were all praying for a miracle recovery, but anyone reading between the lines understood that his time was likely running short. I wanted to write a letter to him expressing how much he had meant to me as a professor and mentor. I got busy. I procrastinated. I ran out of time.

The morning of April 18th I woke up to the news that he had finally succumbed to cancer. The letter was never written. Here is the letter I would write to him now in the hope that he’s upstairs with his hero Edward Murrow enjoying a laugh…and maybe a cigarette.

It doesn’t feel like that long ago that I was a bright eyed and bushy tailed freshman walking onto the Morningside College campus. I thought I wanted to be a newspaper writer and a mass comm major. I quickly found out that I was wrong. I hated the deadlines and rigid format of the medium. I changed majors to advertising because many of the gen ed’s overlapped with the mass comm classes I had already taken. I had taken a class or two with you, but they were large classes (by Morningside standards) and we hadn’t got a chance to really get to know each other. I just knew you were the friendly guy with the beard that hadn’t been shaved in 40 years, who stood outside with a cigarette, and greeted everyone who walked outside the mass comm department with a smile.

I wasn’t good enough to play for the basketball team as I’d hoped, so as a sophomore I came up with a brilliant idea. If I helped out with the radio broadcast, I could go to the road games for free! I came into your office thinking there would be a tryout or some sort of training period. Instead, you said, “We have a game later this week. We’ll put you on as the color commentator.” I immediately fell in love with sports radio and ended up changing my major back to mass comm.

To me that is what made you a great professor and mentor. You loved and understood the value of books and theory, but you were all about learning by jumping into the deep end and either sinking or swimming. You let us go on the air and get reps, not because we deserved it, but because you thought that anyone who wanted a chance deserved an opportunity.

You taught us to be creative and try things outside of our comfort zone. I was happy as a clam going to the games, jabbering as an analyst, and going home to drink beer when I was done. You talked me into trying play-by-play. You said I’d like it. You were obviously right.

If we had a hare-brained idea of any kind, you would not only allow us to act on it, but you would encourage it. Whether it was a couple 21 year olds doing a live remote, counting down our version of the top 100 songs of all time, or coming up with ridiculous production ideas for our campus station; you would make sure we had the equipment and airspace to do it.

You were always supportive in what we wanted to accomplish, but you were also critical when you had to be. You were the one who inspired the name of this website, when the day after a game you would tell me to “say the damn score” and then give a hearty laugh and tell me something positive about the broadcast.

I’ll remember your passion. You loved radio and producing amazing sound. This showed over years of work with Minnesota Public Radio as the voice of numerous beautifully voiced and written audio documentaries.

You loved the Minnesota Twins, and you got so excited in 2006 when the Twinkies clinched a postseason berth in a one game playoff that you overslept and forgot to show up for 8am class the next day! We were all Twins fans when we went back to bed for an hour.

But mostly you loved helping college kids reaching their highest potential. You have students all over the country working in media jobs from little old Morningside College. You’ve also touched and affected students who ended up in jobs outside of the media. We all remember our long talks in your office that usually started about class, but would quickly move to the merits of folk music, what we were doing outside of school, and assuring us that we had what it took to succeed when things didn’t go as planned.

I’m still saying the damn score and sometimes even getting paid for it, but you’re gone. I know that the students who passed through your classes remember you. The Morningside College community will certainly remember you. And I will always remember you. You may be gone, but your legacy can be heard on the radio, on TV, and in the newspaper where your alumni are flourishing.

I appreciate you. I miss you. And I will forever be inspired by you.

Thank you for putting these moving thoughts down about Mark- it gives me great insight on what Mark did after the days we spent together at Luther College, where even then his radio voice was perfect- I can hear his voice in my head saying ” say the damn score” – ️Mel

[…] week I wrote a tribute to Dr. Mark Heistad, my college communications professor who passed away after a long bout with cancer. He had been one […]