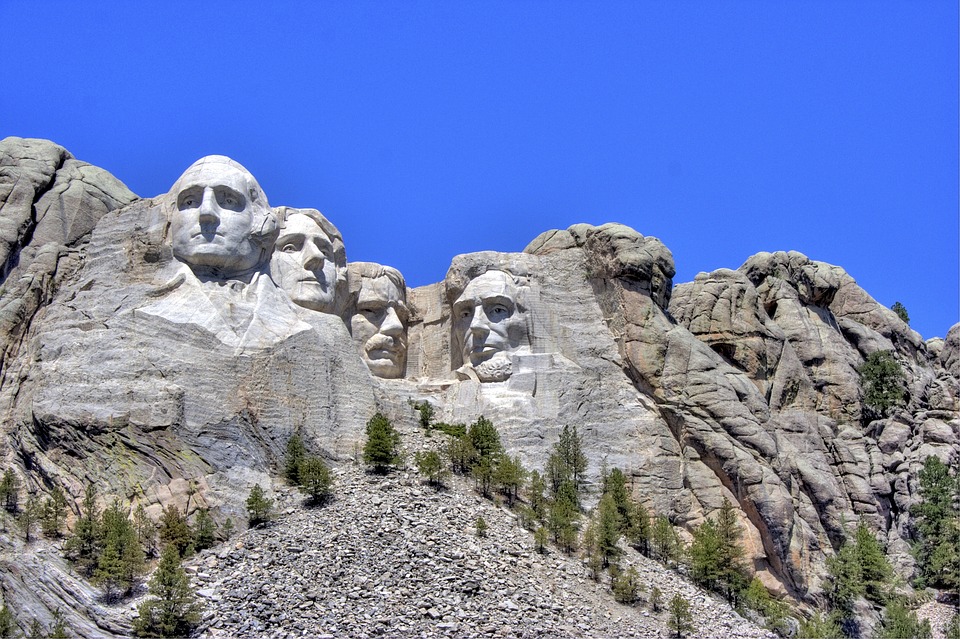 Spending seven years in the state of South Dakota meant paying several visits to one of the most famous landmarks in the country, Mt. Rushmore. Each year during long road trips, coaches would stop the bus to allow players from around the country to see the carved stone faces they’ve seen for so many years in movies and pictures. And you know what? It’s pretty underwhelming. You get there, see the mountain, walk around the short trail, and that’s it. You stare at the faces for a half hour, buy a shot glass or keychain from the visitor center, and get on your way. This fits in with my least favorite sports talk cliché: creating Mt. Rushmore lists to spotlight four of the best ever in a specific category. It’s tired, unoriginal, and it particularly annoys me because of my opinion of the real life tourist attraction.

Sportscasters are always trying to find unique ways to describe action and tell the story of the game. That means avoiding clichés and crutch words in favor of unique vocabulary. So, in honor of my second least favorite South Dakota monument (Never Stop At Wall Drug!), here are my least favorite sportscasting clichés that we should all avoid.

Using War Terminology: This, in my opinion, is the George Washington of sportscasting clichés. Saying we went to war tonight to describe a competitive game is not only inaccurate, but it’s also disrespectful. Football may be violent, but nobody is getting shot at. Adding to this, I cringe every time somebody describes someone as the type of person you want in your fox hole. If you’ve ever done any reading on World War I, you know that life in the trenches and foxholes was miserable and has nothing in common with a sporting event. I go into more detail on this here.

Comparing Players To Deadly Diseases: I hate it when broadcasters describe players as a team cancer. I don’t care what effect a player has on team chemistry. Too many people have lost loved ones to this horrible disease! It’s an inappropriate descriptor in a game where the consequences are far from life or death. Not only is it cliché, but it’s just not accurate.

They Just Wanted It More: Did you visit with the coaches and players and find out that they tried to cancel that night’s game to go on a fishing trip? Do they have somewhere else to be? The next time I hear of something like this happening, it will be the first time. Maybe a team is making all the 50/50 plays on a given night, maybe they are just less talented or unlucky. But to question the desire of a team is just silly. Broadcasters don’t know what’s going on inside the heads of players, and it’s disrespectful to assume you do.

Giving 110%: Math is not my strong suit, but last time I checked, you can’t give more than 100%. It’s impossible. In a career that puts emphasis on accuracy, why would you ever use a phrase that is 110% inaccurate? I don’t and, in my opinion, neither should anyone else.

Jeff, these are great contributions. I’m 100% guilty of using “pinning their ears back” in long yardage situations. I’ll have to work on that phrasing!