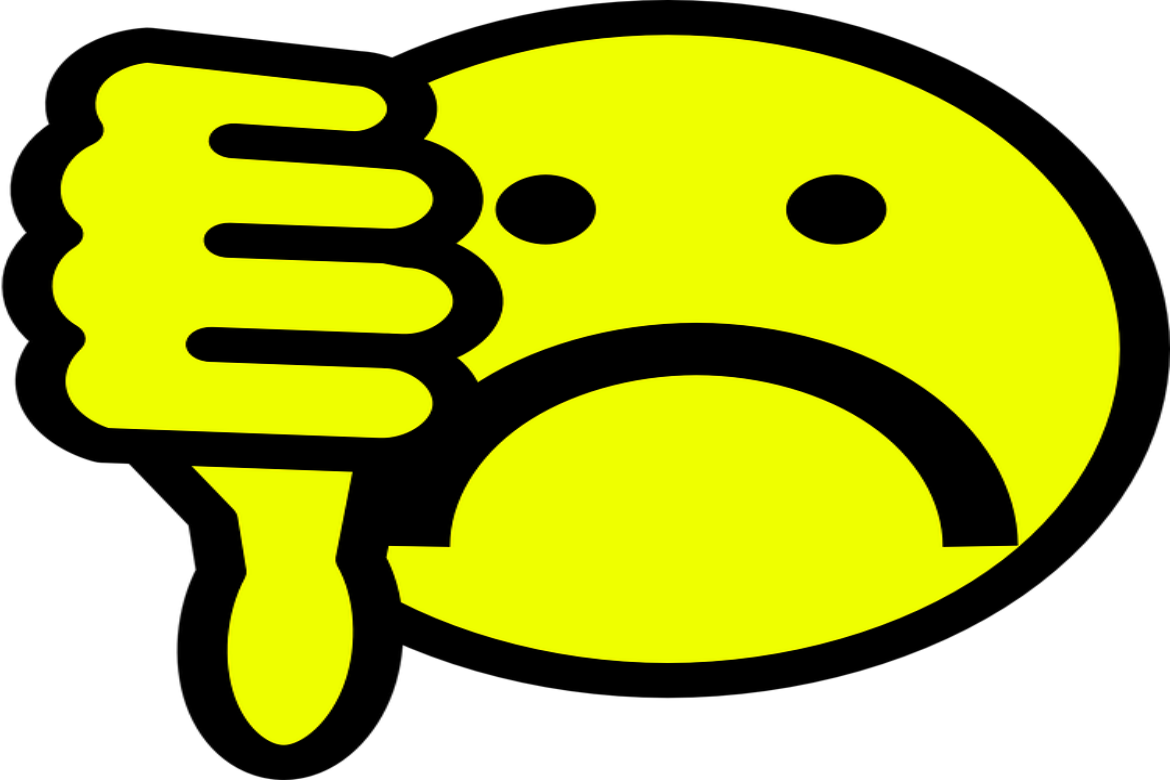 I received a message from a friend of mine in the industry who follows this blog. He recently read negative reviews about his broadcast on an online fan message board. He asked this question:

My answer: I really don’t know. I’ve covered NAIA and small town high school sports. None of them are prominent enough to have message boards where people post about the players and coaches, much less the broadcasters.

I’m guessing , if put in the same situation, I would not read fan feedback. However, I absolutely understand how it could be extremely tempting. We all think we have something to offer and of course we all want affirmation that we are good at what we do. In my opinion, the feedback available from fan forums is useless. Fans don’t know what makes good play-by-play, they don’t know how difficult it is to do well, and they would never say these things to the broadcasters’ faces. Instead, rely on friends in the industry whom you trust to tell you the truth to provide feedback and critique.

Since I don’t have personal experience to offer on this topic, I reached out to several prominent broadcasters who are in a position to either read or ignore fan feedback, and I’m happy to share their responses with you.

Geoff Haxton, Mens Basketball & Baseball Voice of Texas Tech: Used to. Was very unhealthy. I stay away. 99 percent of those commenting don’t have any clue if you’re good or not. So you can’t trust the negative or the positive comment. So why waste your time?

Dave Sims, Seattle Mariners TV Voice: NO, DON’T DO IT. You and hopefully the director of broadcasting, or some higher up, are the best critics. If you wade into those comments, every now and then you’ll get positive feedback or compliments but no matter how strong you are, the hateful ones do ding you. You want to go into every broadcast prepared and feeling good about yourself. You’re going to be in people’s homes and cars for parts of three hours as a visitor. Leave baggage at home.

Ken Korach, Oakland A’s Radio Voice: I don’t want to sound arrogant or uninterested in what listeners think — and, it’s really hard to avoid the comments with the proliferation of social media, but I think it’s important to try not to get too involved in things like that.

One thing about what we do, as you know — it’s a subjective thing judging a broadcaster and there are a million opinions.  And, sometimes you might hear something that’s constructive, but I’ve always been my worst critic anyway, and if you worry too much about what people are saying it might erode your own vision of what you are trying to do. The most important thing for an announcer is to find his/her own voice. I remember when I first started with the A’s. Almost every paper out here had a radio/TV columnist and they can prey on someone who might not be real confident. I think it’s a trap that can be damaging.  All of the sudden, you are trying to please all these different viewpoints and then you’re foundering around without direction. So–there’s nothing wrong with being curious about what people think. And, after all, it’s hard to have any kind of career without support from fans.

Funny that you would ask the question now.  Last week, someone approached me to say he really enjoyed all of the information and stories, etc. on the broadcast, especially during a slow game.  And, a day or two later someone else said that all he wants to hear is the game.  So — then what do you do?  I think you sink or swim being yourself and having a real clear idea when it comes to an approach should be number one.

Stan Cotten, Wake Forest Football & Men’s Basketball Radio Voice: I do not read the message boards for a number of reasons. Some people will like your work – some won’t. I have folks around me (some regular fans!) whom I can trust for feedback, good and bad…not to mention both Wake and IMG. I’d say most of us are our own worst critics. I listen back to most of my games with the idea of identifying areas that need work and affirming things that I/we do well.

Wes Durham, Atlanta Falcons Radio Voice: When I was affiliated with a school (Georgia Tech), I did quite a bit. One reason was because our radio signal in the Atlanta market was limited and it was left up to me to provide weekly updates on affiliates that would be carrying the games in the metro Atlanta area and across the state, also to give the details off our “road transmitter”, where fans could listen in visiting stadiums to a closed circuit signal on the FM dial.

I posted from time to time through the years, but it was only to correct information that was COMPLETELY wrong. I believe if you can help fans understand your role, mission, etc., it’s worth activating them through those platforms, but I will say you need to understand that it still represents a very small percentage of your listening audience.

Mark Boyle, Indiana Pacers Radio Voice: I’ll check it maybe two or three times a season. As a rule, I don’t look at it. And when I do look at them, I’m really looking to get a general idea of two things. Sometimes when fans go on there they ask questions about the team and I can answer those once in a while. When they do say something I find it to be almost universally useless, but still I’ll look at it, and every once in a while I’ll see something that makes me think. For example, I saw one toward the end of our season where some fan was on there and said that they really liked the broadcast but they wished I’d give the time and score more. That’s always been one of my priorities but I thought, well maybe I’m slipping. So I went back and listened to a random game and in the first quarter I gave the time and score 39 times. This person was not correct but it still made me think. And I went back and looked and it could have been accurate, so on rare occasions it can be useful.

I find it generally useless, and I would strongly encourage those who don’t have thick skins to avoid it all together. I know guys who look at those things after every game and get upset about things that are on there. The one thing that everyone should know, especially young guys who are just trying to figure out their way is that there is no one way to do this and no matter how good you are, 100% of the people will never think you’re doing a good job. If criticism bothers you, you should stay off. If it doesn’t, it’s still generally useless but every once in a while there can be something on there that makes you think.

Do  you read comments on your broadcasts? Share your thoughts in the comments.