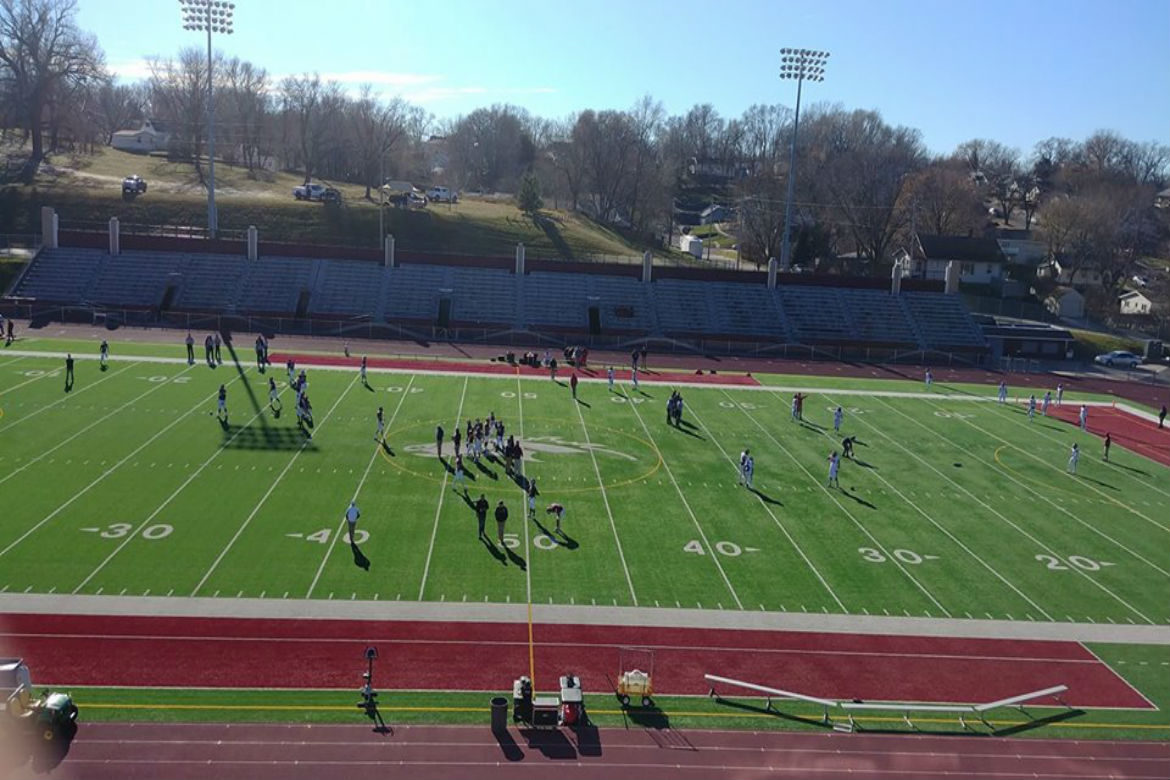 What a holiday weekend!  My wife and I traveled home to visit my family for Thanksgiving where we had many laughs and enough turkey and stuffing to feed a small country. I also took a rare opportunity to be a spectator, as I watched my beloved Cornhuskers play in one of the greatest college football environments in the country, Lincoln, Nebraska (I’ve wiped the result of the game from my mind permanently). Finally, I called the play-by-play for my alma mater Morningside college as they emphatically won their quarterfinal match-up in the NAIA Championship series 52-7!

During the weekend, a friend asked me, with the stakes of the games growing, what do I do differently when broadcasting Morningside playoff games?  The answer? Not a damn thing!

The insinuation being of course that with an important game I need to do extra work to be ready. I did change my routine a little bit to do certain things on different days to accommodate my holiday travel schedule, but otherwise everything was the same. The reason of course is because I believe that every game should be treated like a playoff game, even if it’s a midseason game against the worst team in a given league. Here’s why:

Somebody Always Cares: Most of us know the feeling of calling games for a small high school or college. It’s not hard to go months, if not season’s without any feedback. It’s easy to assume that nobody cares about your game. This is never true! Whether it’s a grandma in a nursing home listening to her grandson or somebody driving who’s randomly tuning in, somebody is always listening. When I covered Presentation College in Aberdeen, I found out after more than a year that not only did the coaches’ parents listen to every game, but they would sit with pen and paper and take notes! Even if we only have one listener, we owe it to that one listener to give the best product possible.

Anybody Could Be Listening: This piggybacks on what I talked about in my last point, but someone is always listening, and you never know when that person could have an effect on your career. A great example of that can be found here. You just never know when a decision-maker or some other influential person will be driving through town with their radio on. Can you afford to not be at your best when this happens?

Creating Professional Habits: Maybe the most important reason to always prepare like it’s a playoff game is for your own personal pride in being a professional. I can tell you I have mailed in exactly one game in my career. It was a summer girls basketball all star game, and for whatever reason, I had it in my head that I could just get through it and do a good job without putting in the time to prepare. I was dead wrong. The All Star format meant that both teams subbed far more frequently than any normal team would. I had no idea who anyone was and couldn’t figure it out because all 15 players played and nobody stayed in for more than a minute or two. The broadcast was a train wreck.

I never heard negative feedback on that game from listeners or got in trouble from my bosses. However, the personal feeling of embarrassment was devastating. I hold myself to a certain standard and I knew in my heart that I came up well short of my own expectations. I learned from that day and can say with 100% certainty that it has not happened again since.

My next game will be Saturday in Fort Wayne, Indiana as Morningside takes on the University of St. Francis in the NAIA Semifinals. The natural excitement and buzz due to the playoff atmosphere will make it easier to give a high energy broadcast. However, my level of preparation will be exactly the same as it is for every other game, and so should yours.