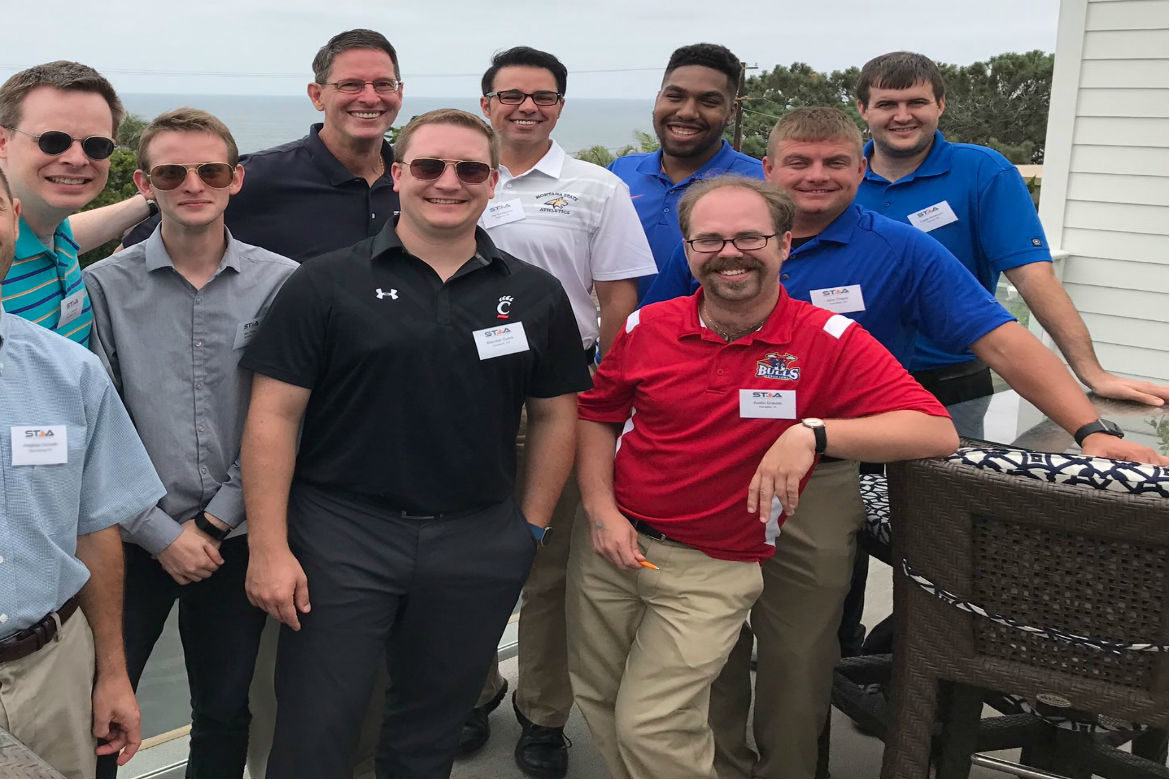 Living in South Dakota, networking and building relationships with other industry members can be challenging. There just aren’t that many of us in the state, we live a long way from major markets, and it’s not common for people to leave and decide to visit South Dakota for the weekend. For this reason, the last three years I’ve made the effort to attend the NSMA National Awards Banquet and the associated One Day Ticket (ODT) seminar in Salisbury, North Carolina. It’s allowed me to make connections that have helped me to improve as a sportscaster, and in many ways, has made my podcast possible.

Unfortunately, this year the date didn’t work to go to the NSMA Banquet, which is now in Winston-Salem, and ODT took at least a one-year hiatus. I was disappointed to miss a summer of seeing friends and continuing to build new connections in the industry. That was until I found out that STAA was going to put on a smaller retreat-style event in San Diego. It was something different, in a place I’ve never been, and most importantly, the date worked for me to go! And since it’s the first year of its existence, I figured it would be appropriate to share some of the highlights from the trip:

I will definitely go back to North Carolina. The NSMA is a great organization and I want to support them. Also, the ability to meet so many people at the highest levels of the industry is absolutely unmatched. Who knows, maybe someday I’ll even get to go there as a winner. However, this year I really enjoyed trying something a little bit different on the west coast. The one thing that is true no matter which coast I visit, the experience has helped make me a better broadcaster and feel recharged and fully primed for the upcoming football season. And in the end, that’s what makes it all worth it.