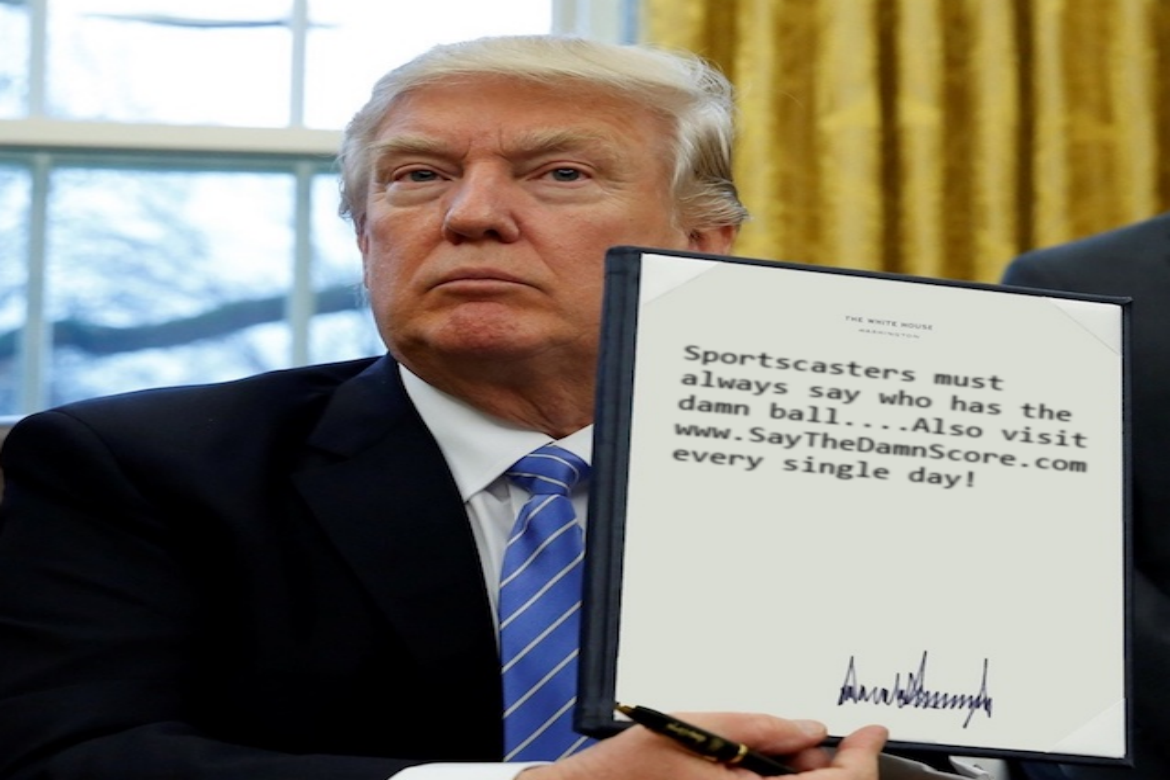 I recently drove to dinner at a place in Sioux Falls about 35 minutes from my apartment. On the way home, I tuned into a local game covered by a high profile broadcaster in South Dakota’s biggest city. I drove for 25 minutes before I was able to figure out who was playing. The broadcaster referred to the home team, who we will call the “Wildcats” for the sake of anonymity, by their nickname only and never said which team had the ball. He would constantly say something like “Wildcats lead 25-22,” and never said the proper team name and never even referred to the opponents nickname. It was impossible to figure who had the ball and what players were on what team.

When I got home I was scheduled to do a self-critique and I went into the exercise with the idea of identifying possession in mind. While I was certainly not as bad as the “Wildcats” broadcaster, I did notice that I went through moments where if you weren’t familiar with the team, you wouldn’t be able to tell which team had the ball for a minute or so at a time.

Time and score may be the most important thing in a sportscast, but as the old saying goes, possession is nine-tenths of the law. My new project to work on is to make sure that I identify who has the damn ball on every single possession. It’s not rocket science, but it needs to be done.

In my eyes, there are three key moments where possession needs to be established — after made baskets, after missed baskets, and after turnovers. It’s easy enough on a made basket to say something like, “The swish by Jones, we’ll see if the Team X Wildcats can answer on offense,” or something to that nature. On missed shots it’s pretty simple as well, “Shot up, off the mark, and boarded by Jones from Team X.” The situation that I’ve found most difficult is giving possession off of live ball turnovers. When the action changes quickly from one team to the other it’s easy to just say “Steal by Jones and he passes across half court to Smith,” and get right into the action without saying who has the ball.

The answer to improving, as always, is focus and reps. I have started writing notes on my spotting charts and listen back attentively to my broadcasts counting the number of times it happens. Then, during the next broadcast, I do the same thing and hopefully it happens a little less frequently. That will hopefully form a habit that will help me to improve as a sportscaster.

I know how frustrating it was listening to the “Wildcats” broadcaster on that trip home from Sioux Falls. I don’t want my listeners to feel the same way when I’m on the air! This goes beyond building my career, I owe it to my audience to do better in this area, and I will.

Has anyone else noticed this in their own broadcasts? What did you do to get better? Share your methods in the comment section below.

Who Has The Damn Ball? was last modified: April 17th, 2018 by Logan Anderson
Share:

[…] Has The Damn Ball?: I wrote this article last season after I had it pointed out that it was difficult to know which team had possession when […]