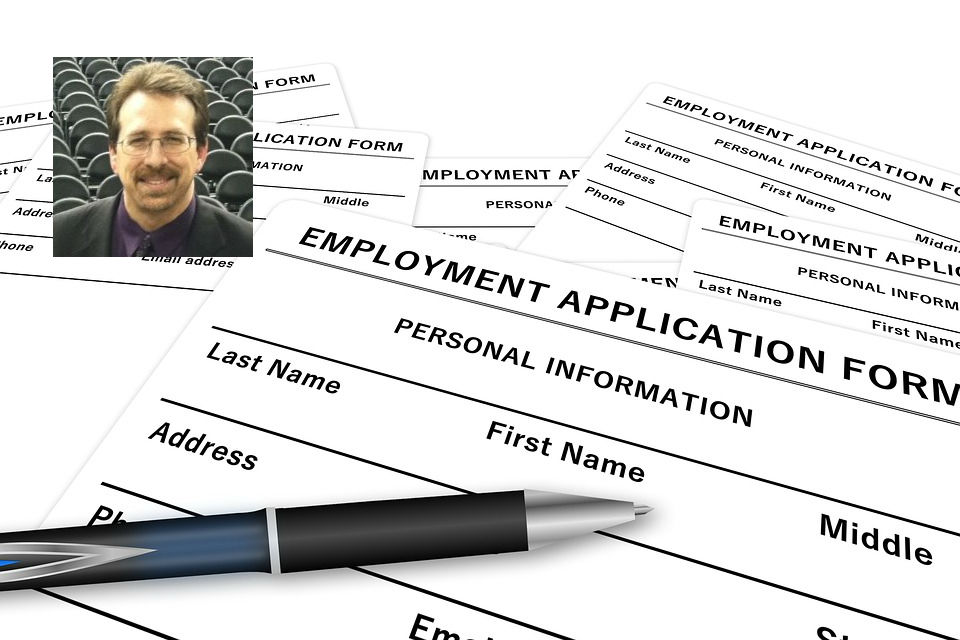 Sportscasting job season is in full swing. The big dominos this year include Duke University, Mississippi State, and now maybe Washington. While those are not realistic options for most of us, they do lead to a domino effect that can lead to new opportunities for sportscasters at all levels.

If you are looking for a new gig you have to be on your A-game. To help out readers all across the country I reached out to several prominent decision makers and asked them to answer five key questions about what makes people attractive hiring options. This week features Howard Deneroff, the Executive Vice President and Executive Producer at Westwood One Sports.

How do you feel about the idea that you should apply for big time jobs even if you aren’t particularly qualified because A) you get your material in front of decision makers? and B) you never know what could happen?

Only to a certain degree. I’m all for hiring up and coming talent, but, for example, if you are in year two of calling single A minor league baseball, you need to be realistic and not apply for Major League jobs. All you are doing is wasting your time, and the time of the people hiring. I think it’s good to dream, but there are certain things that are beyond reach initially. Once you work your way higher up the food chain, then it’s fine.

How much time do you give to each resume on average and what percentage of applicants have their demo heard?

Totally depends on their level of experience in radio and what I am hiring for. For example, we don’t broadcast baseball other than the College World Series, so if a baseball announcer sends me a tape, I won’t spend a lot of time on it and tell them why. But if I need a women’s basketball announcer and the applicant has called women’s hoops, I will spend hours listening to their demo to make sure they are the right, or wrong, person to hire. Sometimes I listen for 10-15 minutes and know they aren’t a fit, and will tell them that, and more importantly why I think they aren’t ready for the network yet. That’s important too, because otherwise, how can they improve?

I’ve hired a lot of unproven talent over the years though by being thorough and listening to everything sent to me. The only thing that stinks is it sometimes takes 6 months to get to them because I’m so busy and receive so many inquiries. I feel bad about that because I have every intention to listen as quickly as possible.

What catches your attention on resumes, cover letters, and demos?

If people don’t know who we are or what Westwood One broadcasts, and don’t take the time to check, then that’s a strike against them. When I get a demo asking if I would consider them for our NBA coverage, then there is virtually no chance I will consider them for a college basketball gig unless they blow me away. We have never done the NBA and ESPN Radio has done it every year for the past two decades, so they should know that. Take the time to know the company you are applying to.

As far as demos, I’m not like others. A four-minute montage of good calls is a waste of time—any announcer no matter how bad they are can find 5 decent clips to string together, so it is pointless for me to listen. I need to hear extended play by play to know how they truly sound, and then also want to hear an interview with a coach or player too. I can eliminate some immediately based on how bad they are on the interviews. One tape I received actually had a question to a coach “anything else you want to tell us before the game?” That shows me the announcer did zero prep and is unequipped to work for us … didn’t need to hear more than that.

Do you have any turnoffs or pet peeves that automatically take an applicant out of contention?

I guess I just answered this one above, but other pet peeves are very basic:

2) Say which team is actually leading — telling us its 68-67 without also saying who is on top is ridiculous.

3) Which team has the ball….many listeners don’t know all the players on the floor/field and so “rebound by Johnson, ahead to Clark, over to Smith for the layup” drives me crazy…need to say “rebound by Johnson for Ohio” etc…adding those two words is critical.

4) Not knowing all the players or proper pronunciations is an immediate stop point for me … same with history of the rivalry — need to be able to speak to it even if it’s a Division III football game and you didn’t grow up with it. Your audience knows it and if they know it better than you, that’s a problem because you lose all credibility.

5) And the biggest pet peeve is sending me an email or a package where your contact information is nowhere to be found. If I have to search hard to find a phone # or an email from somebody who is trying to get a job, that’s really annoying and I will not spend 10 minutes trying to track you down—my time is too valuable. Every email you send should have every possible phone # at the bottom of the signature, and every link, CD, or whatever should have an email address with it too. I am constantly amazed at how many times neither is easily found.

Again, depends on a bunch of factors…if you are applying for a job that you know exists, then follow up and be more aggressive. If you are just randomly sending audio to a bunch of people, then not as much. But also, know your audience — if it’s somebody like me who is very receptive to listening and talking to younger announcers, then there is nothing wrong with it. But if it’s the head of a TV network who isn’t chatty by nature, then not as good an idea.

I will say this though—many times, my colleagues or I will reply to a candidate and say call me back on such and such date, or after 4 p.m. Wednesday, or after the Final Four to discuss further. That is a two-fold reason — first, we don’t have time currently to discuss, and secondly, to see if they can follow instructions and how important it is to them and if they will follow up. I once told somebody that I couldn’t talk until after the Super Bowl was over because I was so busy prepping for it—-and he called me at 7:30 AM the next morning and woke me up. I was not happy even though he technically listened to what I said. So have good judgment too.

Thanks to Howard Deneroff for taking his time during this busy time of year to share some insight into his hiring process. Hopefully we will have answers from other influential people in the hiring process soon.