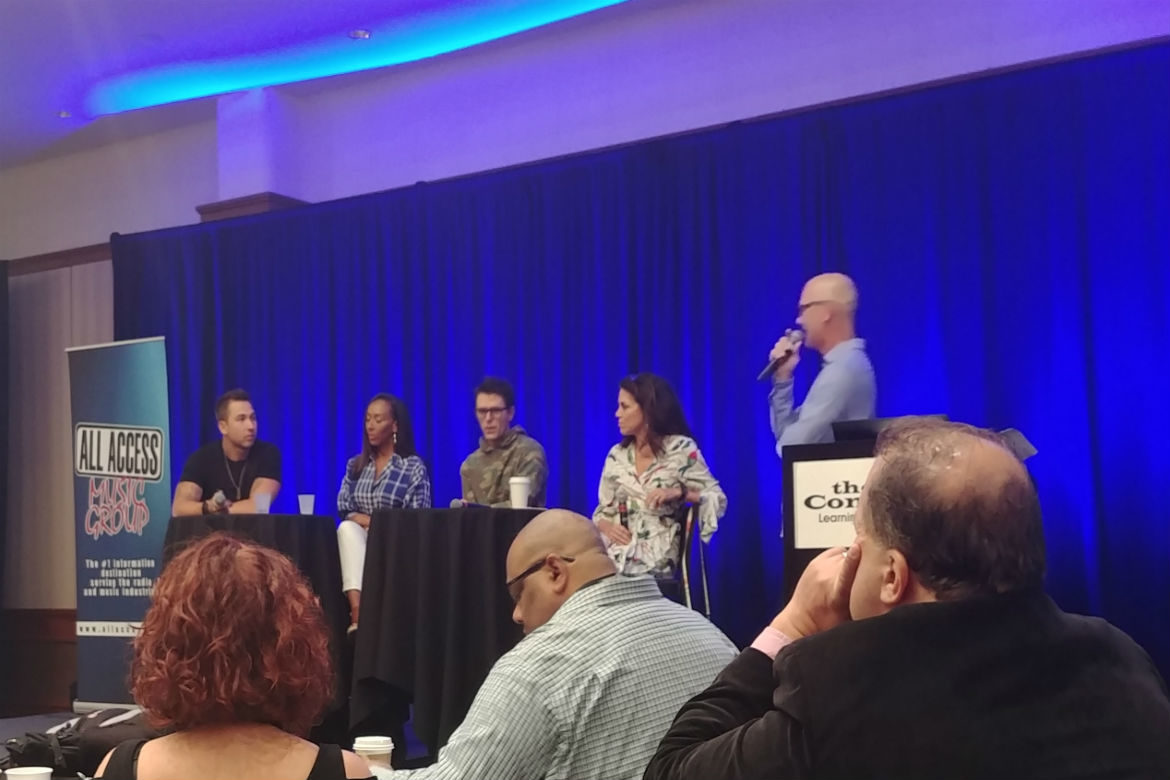 I’ve previously written about the value of networking and relationship building. Like this article and this one…..don’t forget about this one….or this one…even this one. It’s a skill I write about frequently because it’s crucially important in sportscasting, and most other businesses for that matter. I am a firm believer that the best way to build networking relationships is to attend industry conferences. In the past, I’ve attended events in North Carolina and San Diego, but with my current situation, I don’t have the time or financial means to travel across the country. Fortunately for me, I was able to attend the Conclave, a radio conference in its 43rd year hosted right here in the Twin Cities.

The Conclave was very different than other events I’ve attended in the past. First off, it’s more of a general radio conference that focuses on music, programming, and branding as opposed to sports and talk. Many of the attendees were program directors, general managers, and corporate executives of brands like Cumulus and iHeartRadio instead of on-air talent. This led to the feeling of being a grunt in a room full of generals and much of the discussion felt above my pay-grade.

However, in my current situation, those people in some ways are better connections to make right now because they have real hiring power. They may not be able to give great feedback on my demo, but they could be the people to help me land my next job! You don’t find many people with that power at events that specialize in only sportscasting.

Like any conference, some of the learning panels were better than others, but the final session with J-Si Chavez, Bobby Bones, DeDe McGuire, and the legendary Michele Tafoya was particularly memorable. Here are a few takeaways from that session and the rest of my experience at the Conclave. 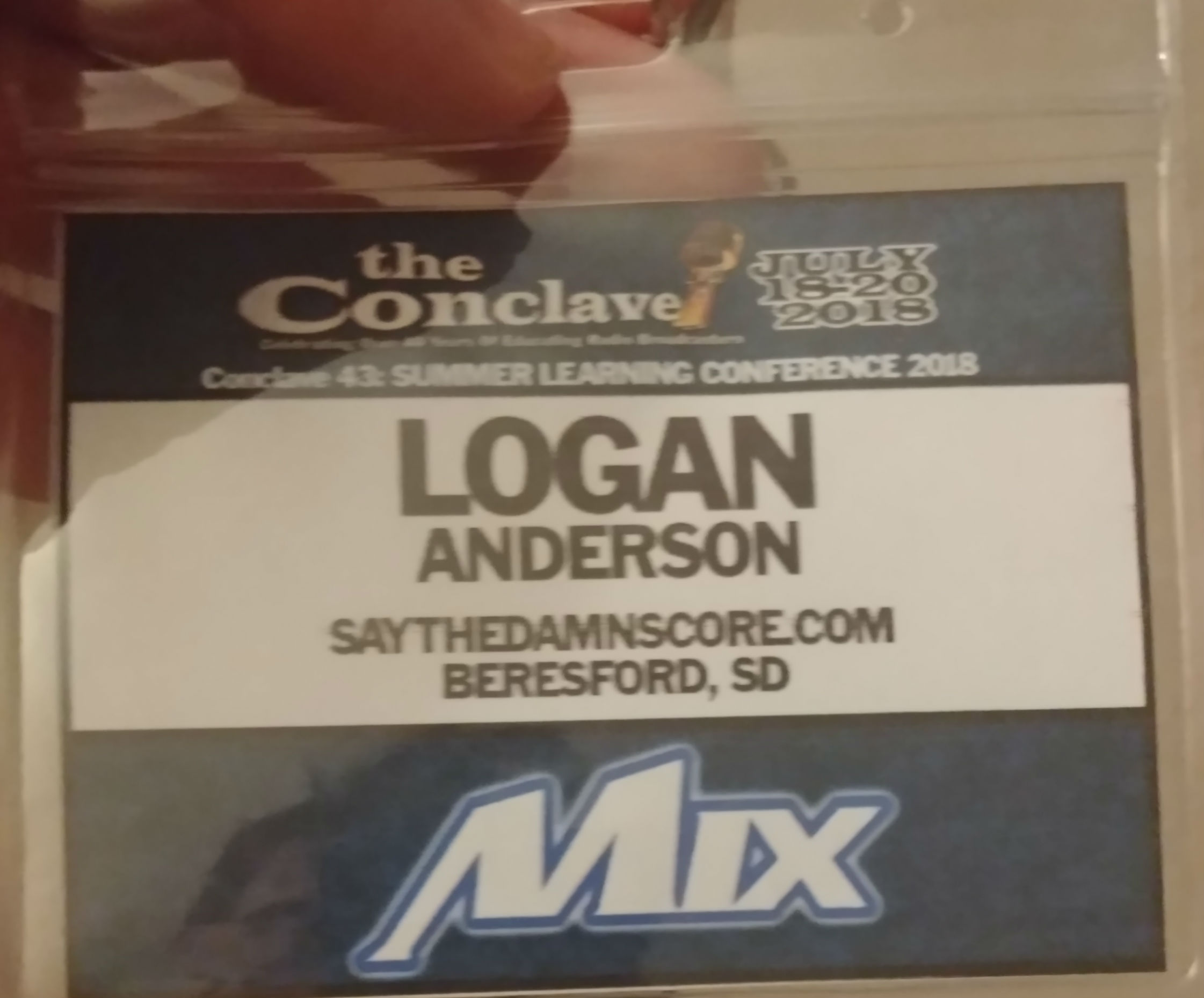 Industry Disruptions: We all know that media is rapidly changing. We’ve seen the fall of newspapers, the rise of podcasts, and many other threats to the livelihood of those in traditional media. Within those threats hide opportunity, and with the rise of the smart speaker, we finally have devices that can play radio stations in people’s homes again. Now it’s up to us to educate ourselves and our listeners on how to use it in a way that allows radio stations to compete with Pandora and other streaming services. Conclave attendee Jason Barrett of Barrett Sports Media, who was at the Conclave, wrote in far more detail about disruptions and how radio needs to react.

Be A Doer: One of the overriding themes from several speakers was that if you want to be successful in radio, just roll up your sleeves and do it! We all have obstacles to overcome, but those who fight through them succeed. Even when you fail, if you keep trying, there is a great opportunity to fail forward. Learn from your mistakes and get right back on the metaphorical horse for another ride.

Think Outside The Box: Many of the stories that the aforementioned panel told were about the unusual ways in which they got a potential employer’s attention or grew in the industry. For example, J-Si Chavez, part of the Kidd Kraddick Show, sent his demo material directly to Kidd Kraddick’s personal email instead of to the HR person as directed. This may or may not be a way to get a job in sportscasting, but his resourcefulness and creativity led to someone in his early 20’s hosting a morning show in the Los Angeles market. We can all benefit from that type of boldness and outside-the-box thinking.

It’s A Small Industry: The very first session featured a few Conclave veterans giving advice on how to maximize your experience at the conference. One of them started to tell a story about hosting a polka show in rural Iowa. I couldn’t help but think…I started at a station in rural Iowa with a polka show. The story continued to ring familiar until she finally said the town name, and sure enough, we had started at the same station in Iowa. She started five months after I left. It’s another example of the smallness of our industry and why you should never burn a bridge.

A quick update on my homeless and unemployed situation….it’s almost over!  At least the homeless part. Sarah and I close on a townhome in a Minneapolis suburb on Monday! It’s been almost two months since we’ve slept in our own bed, and we’re both looking forward to finally having a home of our own again. Also, I’ve had some good meetings with people around the MSP area and I am 99% confident I will have some sort of play-by-play work. I actually have the enviable problem of having to decide between multiple options. Currently, none involve full-time work, but would be a great start towards gaining a toehold in the market.

A Sportscaster At The Conclave was last modified: September 26th, 2018 by Logan Anderson
Share: