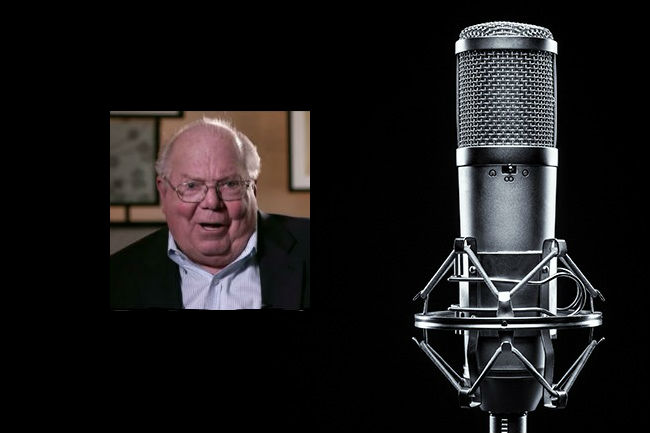 For episode 100 it is my pleasure to share my conversation with Verne Lundquist of CBS! Topics of discussion include:

How often does he get recognized as the guy who says “Who the hell is Happy Gilmore?”

Other stories from the filming of Happy Gilmore.

His reaction when his varsity basketball coach suggested he become a cheerleader.

Going to seminary for one year before deciding on sports media.

The influence of his father who was a pastor in the Lutheran Church.

His role in the coverage at his student station the day JFK was assassinated.

The serendipitous events that led to him becoming the Dallas Cowboys broadcaster.

Getting to know Calvin Hill when he played for the Cowboys and calling his son, Grant Hill’s, games for Duke in the NCAA tourney.

Why he didn’t like his call of the famous Duke vs Kentucky game with the famous Christian Laettner shot.

The key to capturing big moments on the biggest stages.

The emotional memory of crew member Norm Patterson saving a great call on the famous Tiger Woods chip shot at the Masters.

The beauty of Augusta National in person.

How he played two times he golfed at Augusta.

Why becoming the voice of the SEC felt like a demotion at the time but proved to be a career altering blessing in disguise.

How Chick Hearn talked him into hosting the game show Bowling For Dollars.

Calling a volleyball game in Leningrad, Russia during the Cold War.