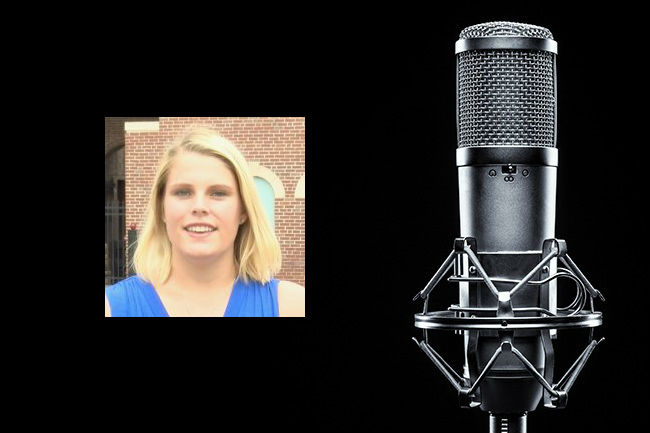 This episode features my conversation with one of just six women in Minor League Baseball. Jill Gearin is the voice of the Visalia Rawhide. Topics of discussion include:

Writing a note to her school counselor in middle school saying she was going to be the voice of the Red Sox some day.

Growing up in California but going to college at Emerson in Boston.

How being an athlete both helped and hurt her in preparation for a broadcasting career.

Landing an internship with the Boston Red Sox.

What she learned from Red Sox broadcasters Joe Castiglione and Tim Neverett.

Sacrificing the traditional college experience to reach her sportscasting goals.

Everything that happens during an average day as a minor league broadcaster.

A cow milking contest and other unique minor league promotions she’s been a part of.

How she landed the position at Visalia.

Preparing for the season by reading a book written by friend of the pod Donny Baarns.

Why she doesn’t like the term trailblazer when describing her position as one of only 6 female broadcasters in minor league baseball.

The challenges with locker room access in a female in the minor leagues.

Meeting other high level female broadcasters and what it means to have them as roll models.

What needs to happen for a female broadcaster to climb the baseball broadcasting ladder.

Puking  before her first ever broadcast.

How she uses her voice as an instrument.

Staying healthy during a busy season.

An unorthodox source for finding stories and bio info on players.

The great support she’s received from other media members.

Being a roll model and mentor for young girls hoping to enter the media.

Her favorite broadcasters to listen to on an off night.

What she’s learned in her first year as a minor league broadcaster.

Developing the skills to write press packets and game notes.

Jill is a wonderful person and I’m so happy you featured her! I had an opportunity to meet her this summer and she’s been putting in the work. I’m happy to hear how it’s paying off and I wish her nothing but success in her career! Thanks for having her on!

Jeff, Sorry it took me so long to respond. She was a great guest with loads of talent. I predict big things in the future!