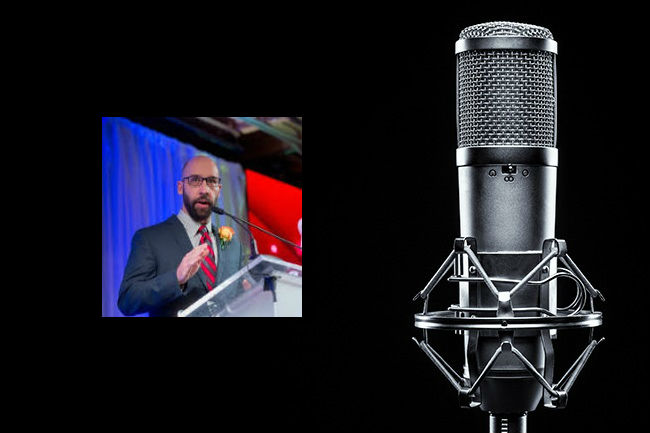 This episode features my conversation with Corbu Stathes, the women’s basketball voice of the University of Minnesota. Topics of discussion include:

How many ways people have butchered his name.

Wanting to be a comic book artist before finding his way into sportscasting.

How play-by-play is an artistic pursuit.

How a lack of knowledge early on helped him come up with unique descriptors for basketball.

When too much vocabulary becomes a distraction.

Developing as a voice over talent.

Picking up his first women’s basketball job at NCAA D1 Colorado State right out of college.

Learning the X’s and O’s of unfamiliar games.

How driving to Bozeman, Montana led to him landing the Gophers job in Minnesota.

The difficulty and frustration of waiting for a big break.

The importance of keeping your word in this business.

Dealing with coaching changes and building new relationships with coaches.

The differences in the way he covers men’s and women’s basketball.

Learning from well respected broadcast mentors like Wyatt Thompson of K-State and Mike Grimm at Minnesota.

The value of being authentic.

Why he hates listening to his own tape…but does it anyway.

The difficulty of making the jump from good to great in subtle aspects of play-by-play.

Using characteristics of different broadcasters without sounding like a rip off.

Broadcasters he likes to listen to on an off day.

great show! Corbu and I listened to you constantly on our baseball road trip a couple years ago. Thanks for including him;

Thanks Kirk. Corbu has a great story and I’m glad I was able to share it!