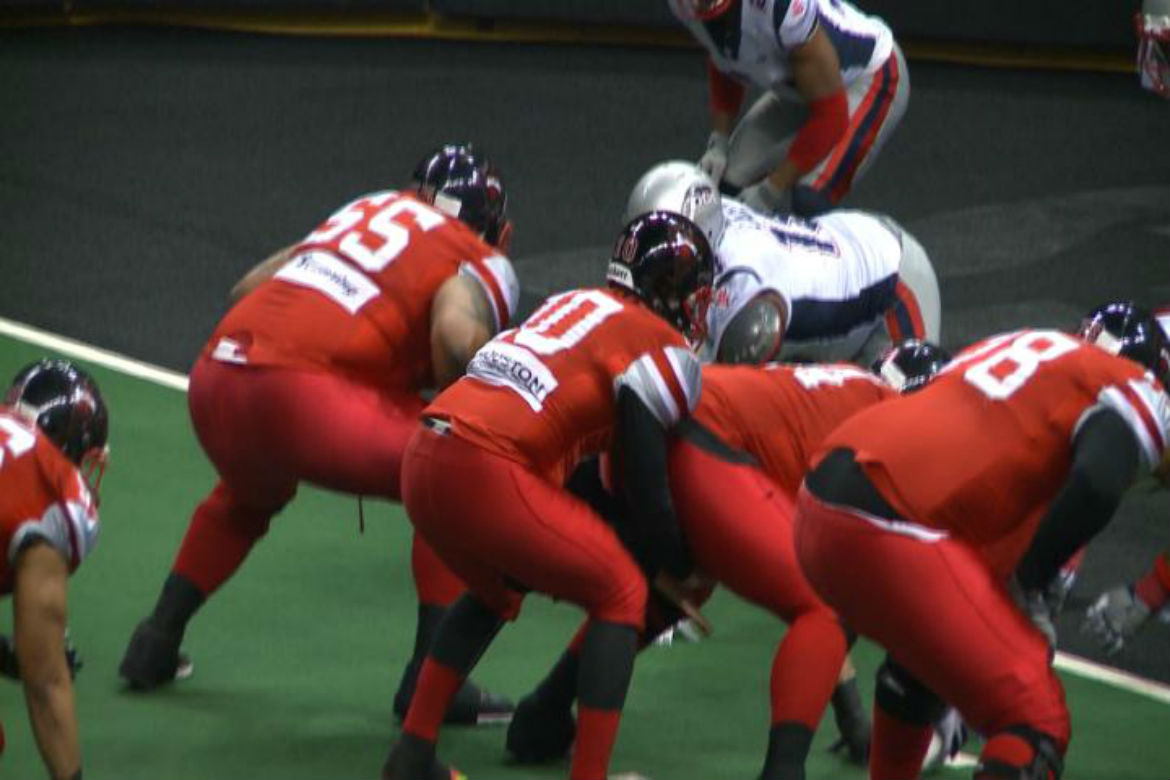 When I took my job with ESPN Radio 1570 in Yankton, South Dakota, I was fortunate enough to be able to pick up a couple of additional freelance opportunities. The first was covering football for my alma mater, Morningside College in Sioux City, Iowa. The second was covering the Sioux City Bandits, a member of the Champions Indoor Football league (CIF). Throwing myself headfirst into the world of indoor football has been an eye opening, entertaining, and challenging experience. We just finished the regular season, and I figured now was as good a time as any to share some of my stories and experiences from the season.

First, the process of being selected as one of two broadcasters to cover the Bandits took a few twists and turns. When the previous announcer had decided not to return this year, the person who hired me to do Morningside College games asked if I had any interest in the gig. I said yes because I always want all of the football reps I can get, and I’m also trying to pay my share of my upcoming wedding. It was an easy decision, but it wasn’t that simple. When my contact got me in touch with the team owner, he asked which games I was available to cover because he had another broadcaster who he wanted to cover some of the games. A few weeks later I found out that the other broadcaster was John Thayer, my operations manager who works in the same office. Neither of us knew the other was considering this opportunity, so we were both surprised to find out that the “other broadcaster” worked in the same office. We ended up deciding to split the schedule, a decision that worked out well for both of us, and proceeded with the season.

When covering a sport for the first time, you hope that you can arrive early to talk with the coaches, ask any questions that you may have after reading the rulebook, and so on. That did not happen. The beginning of the CIF season crossed over with the end of basketball season, so when I made my debut, it was on a day where I had to broadcast two road basketball games in two different locations leading up to the football game (I wrote about that marathon day here). Part of our broadcast responsibilities for the Bandits is to link up our audio feed to the team video feed. I was able to arrive about an hour early, and after setting up we found out that, while the radio feed sounded great, there was a horrible “hiss” over the online stream. We did what we could, but we could not figure it out before airtime and the game was unlistenable to our online fans. The next week I was able to arrive much earlier and find a setup that worked, but certainly it was not the way that you want to sound to a large portion of your teams fan base when making your debut.

Another challenge is with the rules themselves. In many ways, indor football has many differences from the traditional outdoor game that most of us are used to. I read the rule book cover to cover, but reading and fully wrapping your head around all of the different regulations are two completely different things. I had a few foot-in-mouth situations throughout the season. One example that jumps out was when on a fourth down play, I mentioned that the team had a decision to either punt or go for it. However, in this league you can kick field goals from anywhere on the field. Punting doesn’t happen. The other example was during an end-of-the-game situation, I questioned why the team didn’t kneel. I later found out that in this league you have to try to advance the ball forward, no kneeling. If I could do it all over again, not only would I reread the rulebook, but I would take thorough notes and schedule a time to meet with a coach, watch tape, and ask any questions that came up.

Preparation for these games is sometimes extremely difficult. Information is scarce and frequently inaccurate. For several games I did not receive an updated roster of the opposing team until the day of the game. My worst week was when I found a roster online that had nine new signees out of a roster of 22. After that I made a habit of arriving 2-2.5 hours before going on air in order to make sure I could corner the coaches and find out who would be playing that night. Many of the opposing coaches were very paranoid about sharing even the most basic information. The best example of that can be found here.

There are plenty of challenges covering this league, but it’s certainly not all doom and gloom. The athletes are playing for a few hundred bucks per game, risking injury, working side jobs, and often driving from long distances to make it to the games. These players have such a strong and obvious passion for the game that it’s impossible not to feel inspired. If we could all carry out our daily activities with the same zeal, the world would be a much more productive place.

The games are also fun to cover because the talent level is extremely high. The athletes were almost all  stars on their college teams, many of them at the NCAA Division I level. Some of them have even played short stints in the NFL. The scoring is high and the action is constant. There truly is never a dull moment in indoor football.

The CIF playoffs start this Saturday and the Sioux City Bandits are the number one team in their conference. I’m excited to cover their postseason run, and I hope they get their moment to shine as champions.

[…] as deep of an understanding early as I would eventually have. I wrote about some of the rules that led to foot in the mouth situations, but it could have easily been worse. Had I questioned the official ruling and been wrong any […]