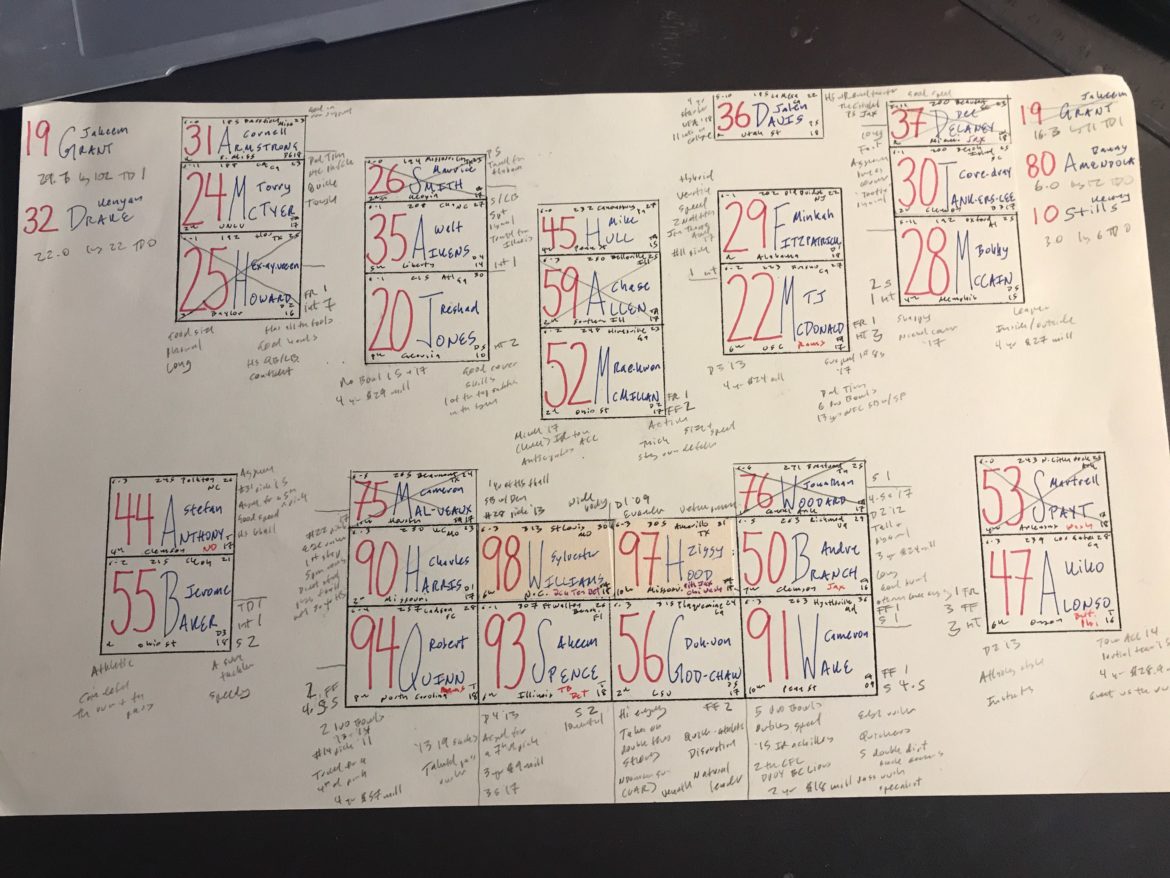 Since I moved to the Twin Cities, I’ve paid close attention to the broadcast schedules of broadcasters who have come through the area to play one of our local teams. I try to take advantage of being in a market with four major pro sports teams and a power five college team by meeting as many fellow broadcasters as I can as they come through town. In the past I’ve had lunch with Ken Korach of the Oakland A’s and visited with Paul Loeffler from Fresno State outside of TCF Bank Stadium.

Last week after they released the NFL broadcast schedule, I reached out to Ian Eagle when I saw he was coming to town for CBS to cover the Minnesota Vikings. We had a nice conversation in one of my previous podcast episodes, but I still thought it was a long shot that he would have time. I was pleasantly surprised when he offered to meet for an hour in his hotel lounge on Friday evening.

Ian is one of my personal favorite broadcasters going right now, and it was a thrill to pick his brain in person. Our conversation went in many directions as he shared advice, stories, and we dove deep into his preparation process. He creates spotting boards for each team in the league and still draws and fills in his spotting boards by hand on cardstock paper and manila folders. When a player gets cut or traded, he covers the old players box by cutting out a similar sized piece of paper and gluing it over the top of the previous player. He chuckled as he mentioned that many of his friends in the upper echelon of the profession poke fun at him for being old fashioned. But it works for him, and he continues to do it his way. 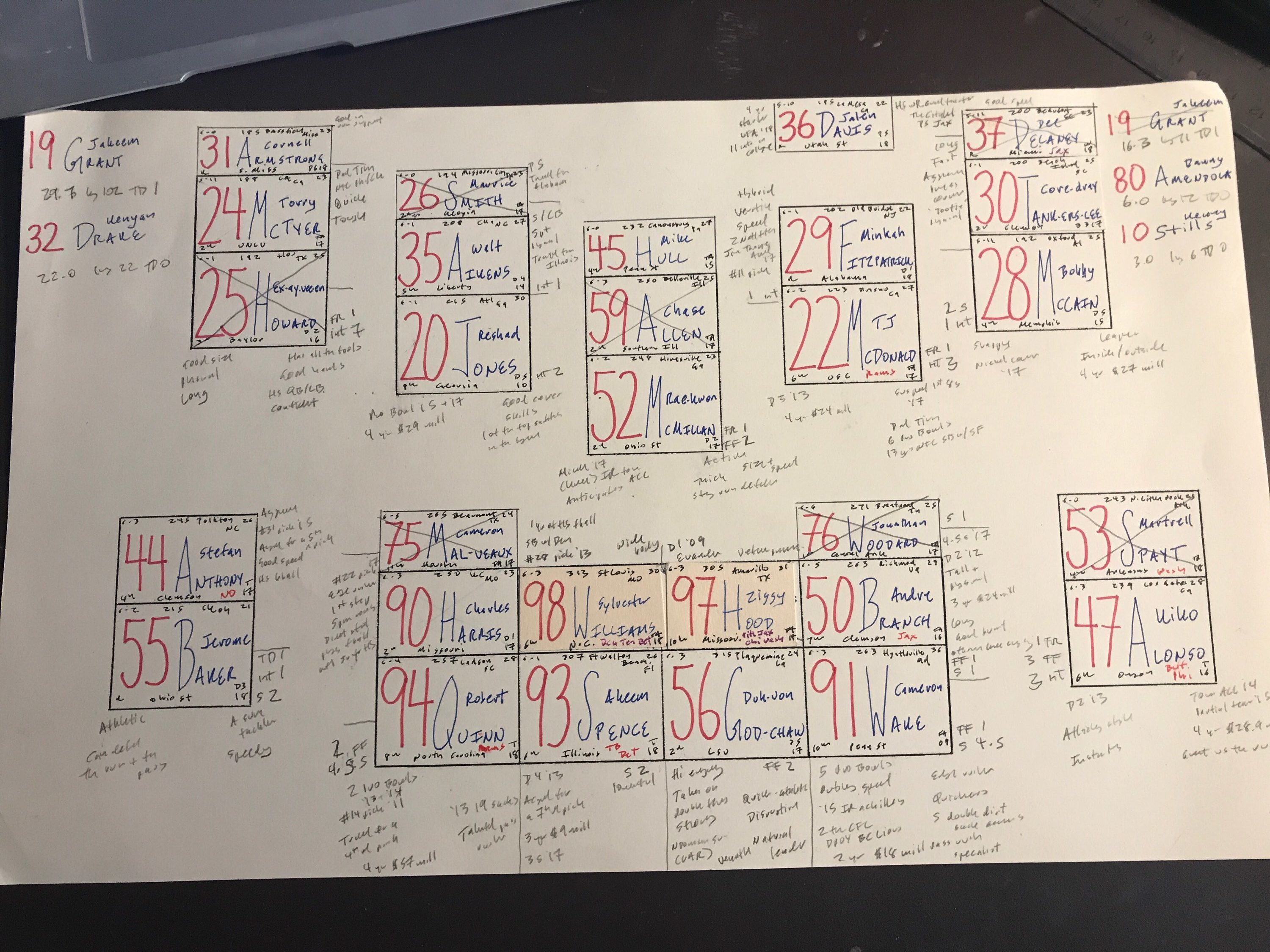 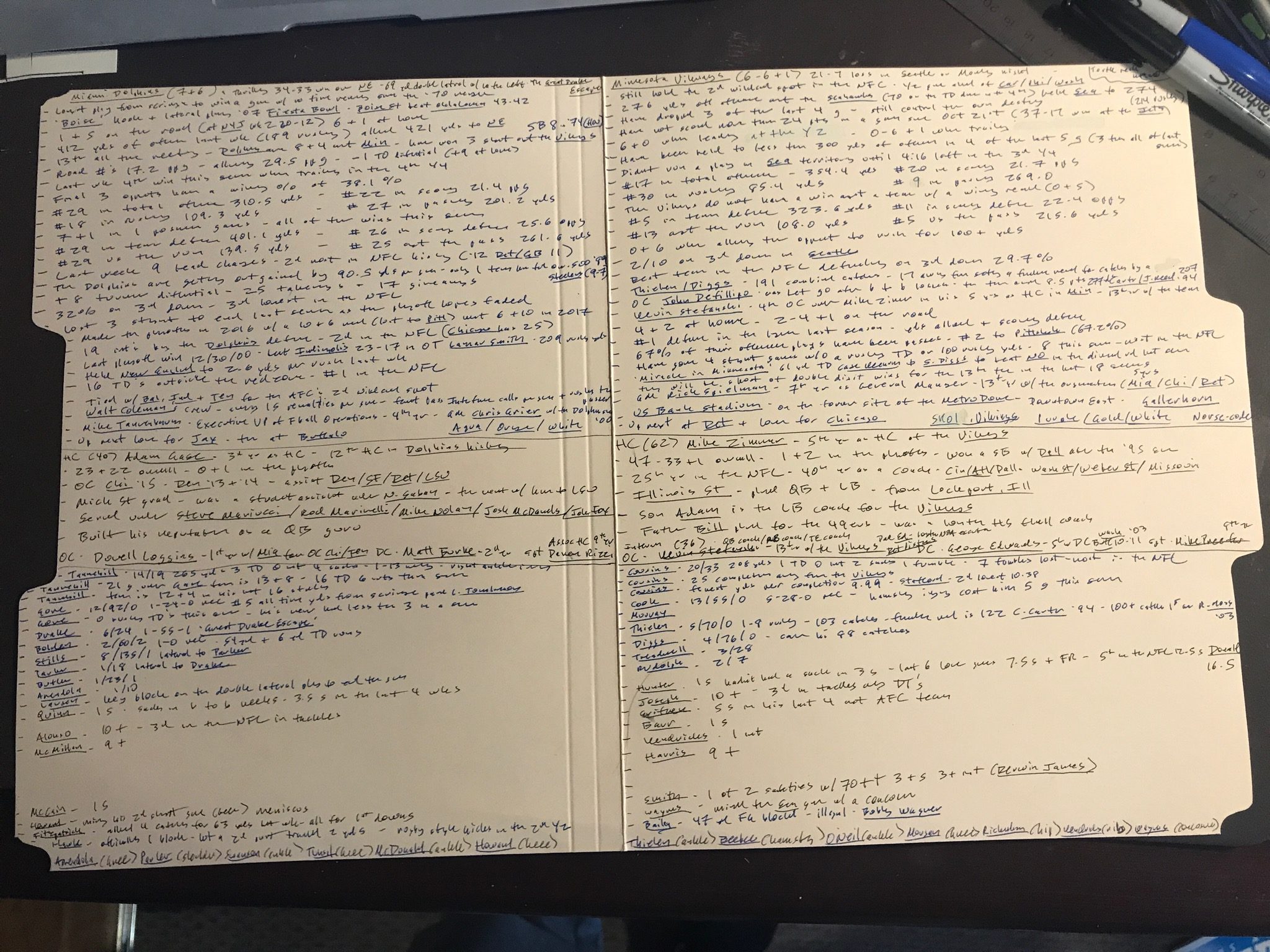 This train of thought got me thinking about more than just the preparation process leading up to games. As sportscasters, we receive advice from a myriad of sources. We have mentors who try to steer us in the right direction, friends and family that tell us how good we are, and irrational fans convinced that we hate their teams. Sometimes, when it comes to choosing what advice to take or what career path to follow, you simply have to trust your gut and do what works for you.

Think of all the broadcasters who not only succeed, but thrive largely because they are so unique. Paul Allen of the Minnesota Vikings is beloved here in Minnesota despite a style that would likely be shredded by many broadcast instructors. Dan Le Batard has built a nationally syndicated talk show by mocking sports and sports radio. And Ian Eagle has become one of the most recognizable sportscasters in the country by cutting and pasting hand drawn boxes on manila folders.

There is no one path to success in this business. If you consistently hear the same constructive criticism from numerous trusted and qualified individuals, you should consider making changes to your style. However, if one person says you should do something differently, no matter who it is, you should stop to think about the pros and cons of the idea and whether it fits you and your personality, because ultimately doing what works for you will lead to your best broadcast.

A Few Other Quick Notes:

*While Ian was calling the Vikings game vs. Miami, I was in the nosebleed seats taking in the environment at US Bank Stadium. It’s only the second NFL game I’ve ever attended, and the environment was electric in a game that wasn’t competitive in the second half. I’ve already seen the Gophers, Twins, and Lynx in action, and hopefully in the near future, I can make it to see both Timberwolves and the Wild. At that point, I’ll have been to a game for every major sports team in my adopted hometown!

*I’ve been at my new job for a little over two weeks, and I continue to believe it will be a great fit. Our stations put a good product on the air, but the digital options offered by Townsquare media are unlike anything else I’ve come across. I can’t go into too many details, but I’m excited to help local businesses grow with both traditional radio campaigns as well as easily measurable and specifically targeted digital and mobile tools.

Do you have sportscasting processes that are unusual or go against the grain that are effective for you? Share your thoughts in the comment section below!

Do What Works For You was last modified: January 17th, 2019 by Logan Anderson
Share: