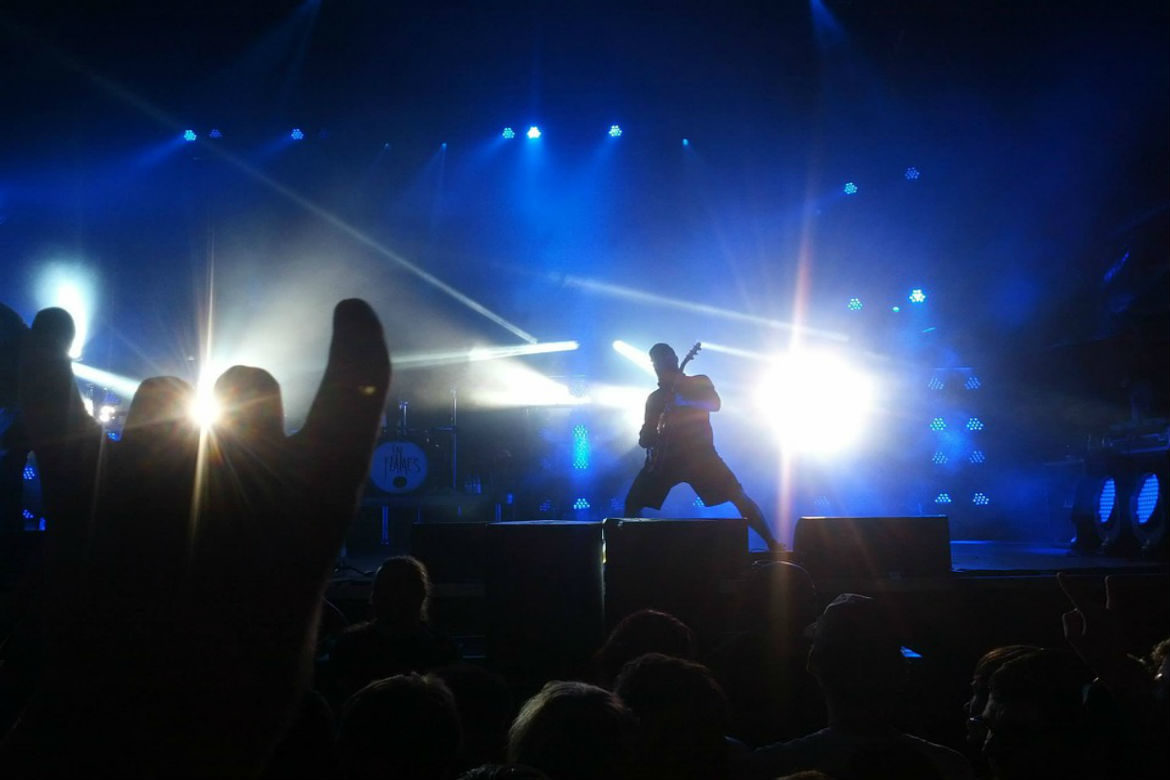 On Saturday I covered my final regular season football game of the year. Morningside defeated their opponent 35-0 and will head into the playoffs undefeated. While the individual games have lacked drama, it’s been fun to cover a serious national title contender, and it’s an added bonus that it’s my alma mater. This Saturday’s game was on the road three hours away, usually not a big deal, but on this night one of my favorite bands, the Foo Fighters were in Sioux Falls and my wife had two tickets! I was in a pickle.

Outside of the broadcast booth I am a huge fan of live music, and the Foo Fighters are someone who’s live show I’ve wanted to experience for a long time. I tried to figure out the logistics to see if it was possible to make the three plus hour drive after the game to do both, but there was simply no way to make it work. My wife called a friend to use the second ticket, and I settled for listening to Foo Fighters songs on the drive home.

Certainly missing a concert is far from the end of the world, but it did get me thinking about all of the things I’ve had to miss because of the nature of the sportscasting profession.

I couldn’t go with my wife and her family on their annual ski trip last year because of a holiday tournament. Twice, I’ve eaten turkey dinners at a Denny’s inside of a truck stop because the basketball team I covered was playing over Thanksgiving. I never watched my youngest sister high jump collegiately because I moved seven hours away to get my first college sportscasting job. Friday night happy hours and Saturday tailgating are quite simply things that we as broadcasters don’t get to partake in.

The point being, sportscasting is a job that requires a great deal of sacrifice when it comes to having a personal and social life. It’s a reality that veteran sportscasters are well aware of and that younger sportscasters better be prepared for. Nights and weekends are our time to shine.

Just remember that the reason we all make these sacrifices is because the job can be incredibly rewarding. We get paid to watch the games we love!

When we’re on the road away from friends and family, we often form a special bond with coaches and players, creating relationships that lead to a second family of sorts. We get to travel and see the country on someone else’s dime! I’ve personally been on multi-day trips to Las Vegas, Chicago, and San Francisco where the only thing I paid for was going out on the town. We attain a certain level of local celebrity, which can be fun at times. Oh, and did I mention we get paid to watch games?

Working nights and weekends, missing social/leisure events, and having to move to find work are all sacrifices we make as sportscasters. However, to me it’s worth it. There are very few things more exhilarating then the adrenaline rush I experience every time I hear the end of the opening billboard on game day and knowing it’s time to kick off another game. The Foo Fighters will tour again someday, but the game I called is unique to history and will never happen again. That’s something worth sacrificing for!

What are some of the difficult sacrifices you’ve had to make in your sportscasting career? Share your story in the comment section below!

Are The Sacrifices Sportscasters Make Worth It? was last modified: April 7th, 2018 by Logan Anderson
Share: