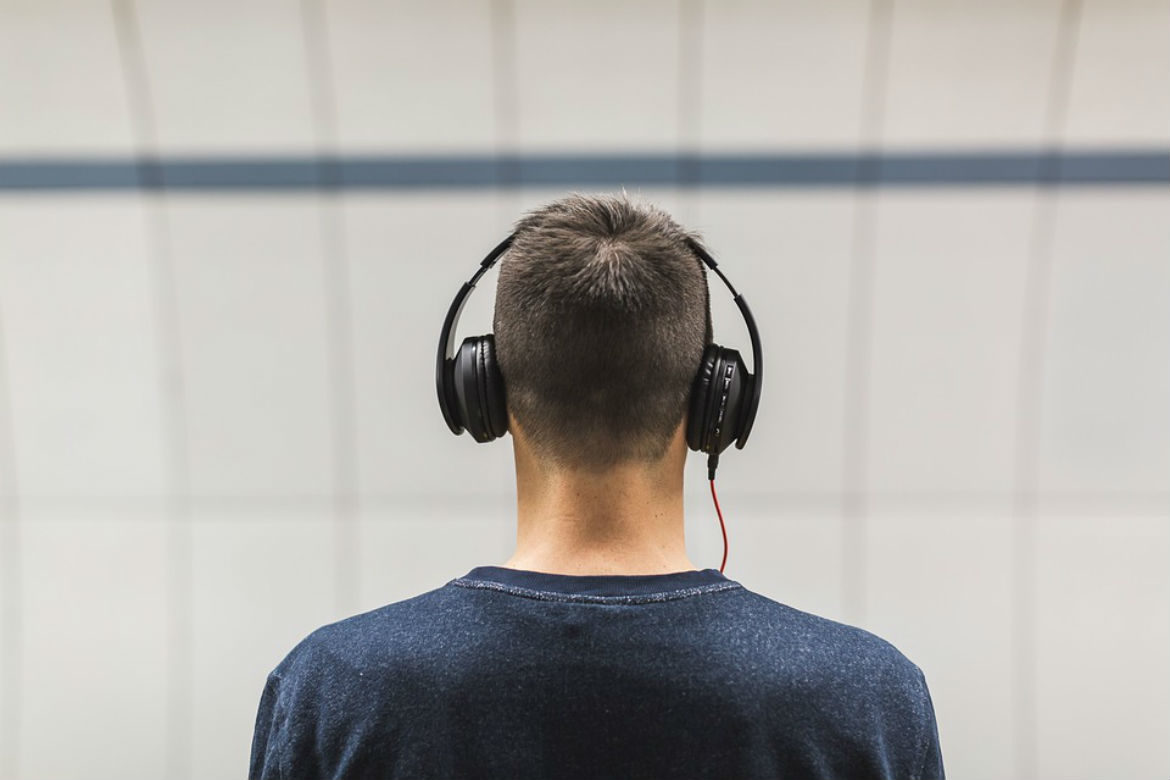 Early on during my time in this business I believed myself to be a talented broadcaster, when I was in fact, objectively terrible. I built my personal perception of my own work based on feedback from family, personal friends, and co-workers. Everyone told me how much they liked listening to me and how if they closed their eyes they could picture the game in their head. The reality is, they had no idea what they were talking about and were afraid to hurt my feelings. I didn’t find out how bad I really was until I had my audio played in front of a large group of people at an industry conference. My work was skewered and it was humbling and embarrassing to see the smirks on some of the veterans faces.

The point being, if I had been able to find critical feedback, I could have began my path towards improvement years before that industry seminar. It’s not as if I didn’t try. I sent cold call emails and got very few responses. When I did get responses, they would say, “Go ahead and send your stuff”, but then totally forget about it. It was a really frustrating catch-22 of wanting to follow up and ask for feedback without sending so many emails that they became annoyed.

Over time, I built up a solid group of people in the business who were willing to give the critical ear I needed to get better. My play-by-play has improved dramatically as a result. Here are a few tips on how to get people to say yes to listening to your work.

Meet People In Person: This is the most surefire way to get a response. It’s just human nature to want to help someone you met in person over some faceless person in cyberspace. Trust me when I say I understand it’s not always easy. My entire professional career I’ve lived in rural areas of Western Iowa or South Dakota. For five years, the closest top 200 market was three hours of corn and soybean fields away! There were very few other broadcasters around.

For years I used my isolated geography as an excuse, but the reality is that there is always a way. The best method I found to meet people willing to give feedback was to attend seminars and events like the NSMA Awards Weekend. It brings sportscasters of every level from all over the country together in an environment where people are excited to talk shop. This is how I built most of my own personal network.

Other opportunities to meet fellow sportscasters include checking the schedules of area teams and going to games. Once the game is finished, it’s usually not hard to wander down to the floor and give a quick introduction to the broadcaster and ask for an email. Do keep in mind that they likely are in somewhat of a hurry to get on a bus or plane, so keep it quick. I’ve found far more success getting responses to emails of people I’ve met this way compared to cold calling.

Another useful hint when trying to meet people is to use social media to your advantage. Tweet at the person you are hoping to connect with. A simple “I’m excited to go to the Wildcats game and see @AnnouncerX in person” can help to break the ice. Also, if possible, use the Tune-In app or some other method to listen to part of the game and pick out something you liked from the broadcast. Then you can say, “Hi announcer x, I really liked it when you used this particular turn of phrase. Can I email you copy of my work for feedback?”. Every broadcaster has an ego and loves to hear positive feedback, so use that to your advantage!

Aim Low: Here’s a secret I’m going to share. An NBA, NFL, or Network broadcaster doesn’t know that much more about what makes good play-by-play than I do. They have superior talent and experience to do it at a higher level, but it’s not that hard to understand the fundamentals of good play-by-play and recognize if they are being used correctly. In fact, the two people who have a say in who gets hired for most NCAA DI broadcasting jobs have never done one minute of play-by-play.

With that in mind, some of the best feedback I get comes from women’s basketball, FCS, or well respected small college and high school broadcasters. They may not be able to call a game like Kevin Harlan, but they can recognize what he does that makes him great and can apply that knowledge to help others get better! They also get far fewer requests and are far more likely to listen to your work. They may even be flattered that you thought to ask them.

I’m sure Bob Costas, Jim Nantz, and Mike Tirico are nice guys, but the reality is that your odds of getting a response from someone at that level are low. If they gave feedback to every person who sent them an audio sample, they would do nothing but critiques all day. They just don’t have the time or resources to do it.

There are some broadcasters in high places who are very willing to give feedback. For example, Chuck Swirsky of the Chicago Bulls periodically will send out Tweets (you should follow him) letting people know that he is willing to listen and give feedback to anybody who contacts him that day. I’ve personally taken advantage of one of these offers, and while his feedback was valuable, he essentially said the same thing that I’ve already been told by several others. Is it cool to say that an NBA guy listened to your work? Hell yes! Is it more valuable than the feedback I get from the women’s basketball broadcaster at North Texas? No.

Wait For The Offseason: Guess when football broadcasters are the busiest? Football season of course! This is why it’s far easier to get feedback if you wait until the offseason to reach out.

In a perfect world I would have everyone listen to my work midseason because it gives the opportunity to immediately take action on the suggestions they give. However, the world is not perfect and it’s far easier to get someone to take time to listen to your work when they aren’t knee deep in prepping for their own game!

Be Patient: Once you get a response from someone saying they’re willing to listen to you, send your stuff as soon as possible and then wait. Sometime it may take weeks or months for someone to make time to listen to your demo. So don’t worry if it takes a while.

If they tell you they are going to take a listen and take more than a month to get back to you, it’s alright to follow up. It’s human nature to forget or procrastinate something that is likely not a high priority for the person involved. Send a short and sweet email asking if they had a chance to listen to your audio yet. If they don’t get to it within another month follow up again, but if you don’t hear back at that point, you probably aren’t going to and should move on.

Use A Critique Service: I used to purchase a critique from Jon Chelesnik at STAA once every football and basketball season. It was $90 for an hour phone call where he would shred my demo to pieces. It was expensive but very much worthwhile. STAA no longer offers individual critiques, but other services are available. Including the Critique Crew Service  on this site, but it’s not the only one. There are numerous other broadcasting coaches who will listen to your work for a price. The advantage to investing in a critique is:

Getting honest feedback is absolutely critical in reaching your potential as a broadcaster. What other methods do you use to get feedback from other broadcasters? Please share your ideas in the comment section.

How To Get Your Work Heard For Feedback (For Free!) was last modified: April 7th, 2018 by Logan Anderson
Share:

[…] guidance. With patience and successful relationship building, you can find people who will give you critical feedback for free. You can also find most job listings on pay sites for free if you take the time to scour the […]