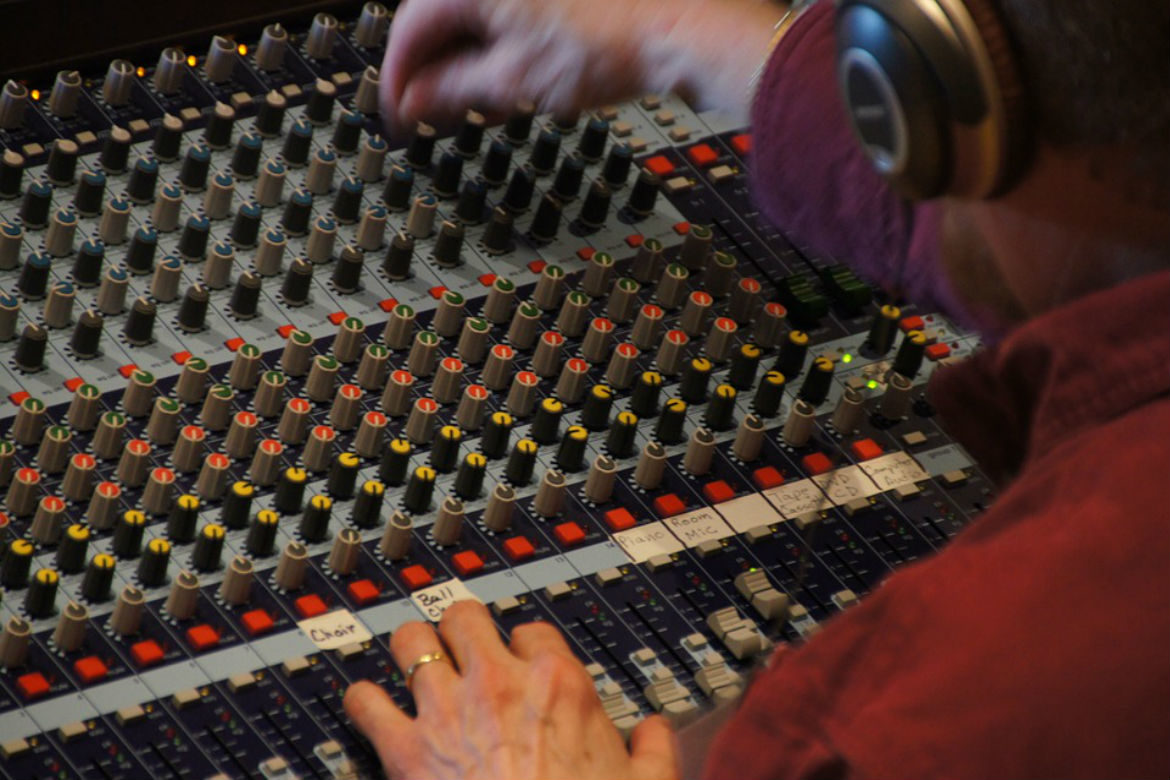 One of my former clients owned an auto  body shop and she had a saying “sometimes you’re the windshield and sometimes you’re the bug.” Last Tuesday I was the bug. I have a belief that with a positive attitude, 99% of days turn out to be good. However, every now and then, the universe decides that everything is going to go awry on a given day, and last Tuesday was one of those days.

My story started Monday afternoon when my Sports Director gave me a crash course on how to set up our equipment for an online only broadcast. We had not used this particular technical setup before in my time at the station, but it seemed pretty simple. He asked me if I was confident going forward, and I said yes.

Fast forward to Tuesday evening as I arrived at the gym, and nothing seemed to work the way it did the day before. First, I couldn’t get levels into my mixer. When I finally did get levels, they only showed up on the VU meter on my mixer, and they wouldn’t show up on our streaming software. When I tried to hook up my digital recorder with commercials loaded, I found out that I had used a file type that wouldn’t play. To make matters worse, the cable that was supposed to connect my recorder to my mixer had been accidentally switched with a similar looking cable that had the wrong end. The moral of the story, I had no audio going into our streaming program and no way to play commercials once we got things working. It was a mess.

With about 3 minutes left before tip-off I got the equipment running correctly. Because I was struggling with technical glitches, I never got a chance to visit with any of the coaches or finish my pregame preparation. I went into the broadcast feeling flustered and unprepared.

When we have bad days as broadcasters, our listeners don’t care! They just want to hear the game, and we have to find a way to fight through the adversity to give them what they want. With that in mind, I can’t help but think what I could have done differently.

What I Can Do Differently Before Things Go Wrong: There are two things that jump out to me, and they both involve better preparation. When we talk about game prep, usually we talk about spotting boards, memorization, etc. However, if you don’t pay attention to details, like packing equipment, then nothing else matters. In this case, I should have double-checked that I had all the correct equipment before I left the office instead of assuming everything was there. Had I done that, I would have likely noticed that I had the wrong cord to play commercials back through my mixer, and at least one of my issues would not have existed.

Secondly, I should have written down the instructions from my Sports Director. It seemed simple, but after a night of sleep and not thinking about the setup all day, I simply forgot how things were supposed to be. It probably would have taken five minutes to have him walk me through the setup a second time and take notes. I assumed I could remember and paid the price.

What To Do The Next Time: There will be a next time. It seems to happen once or twice a year. The reasons vary, but the fact that there are days when everything goes haywire is just a reality. The next time it happens I need to focus on slowing down. When things go wrong and I get flustered, I make mistakes because I try to talk too fast. I went back and listened to the broadcast, and the mistakes I made early were from misidentifying players and trying to say things too quickly. Had I taken my time, even if it meant falling a bit behind the play, it would have allowed me the extra second to make sure I was accurate.

When I went back and listened, I expected the call to be a train wreck, but it turned out to be ok. We don’t judge a star players career based on a single bad game. We judge his ability to perform at a high level consistently. There will be great games, and there will be duds. Hopefully more of the former than the latter. I’ll learn from the mistakes I made, but dwelling on them will do no good. It’s time to move forward and nail the call in my next game!

How do you handle your days when everything goes wrong? Share your thoughts in the comment section below or email SayTheDamnScore@gmail.com.

My First DI Game & Other Notes From A Great Sportscasting Week - SayTheDamnScore.com January 16, 2018 at 2:03 am

[…] wrote a few weeks back about a day when everything went wrong . It’s with great delight that today I’m writing about a week full of awesome […]