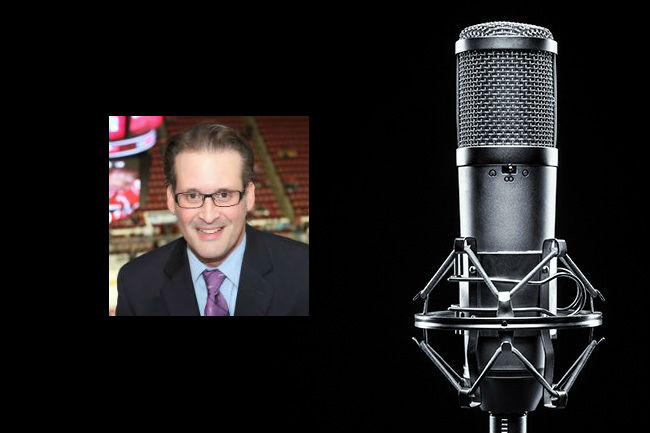 My conversation with John Forslund, the TV voice of the Carolina Hurricanes. Topics of discussion include:

How a famous Bobby Orr goal on Mother’s Day led to him falling in love with the craft of sportscasting.

Becoming a hockey nut despite growing up in the home town of the Basketball Hall of Fame.

Being told by his high school guidance counselor that being an NHL broadcaster was not a realistic goal.

Should a broadcaster have a plan B for if they don’t make it?

Finishing his education instead of taking a job he was offered while in college.

Developing his famous catch phrase “Hey, hey What do you say” as a tribute to his father when he was working for the Springfield Indians.

How to survive long bus rides.

How serendipity led to him getting a surprise recommendation from Bobby Orr that led to getting into the NHL as a PR guy.

The frustration involved with doing PR when he wanted to do play-by-play.

Going through the dificult transition when the Hartford Whalers relocated and became the Carolina Hurricanes.

Considering declining the offer to move to North Carolina.

Waking up at 5:30am every day and other quirks of his preparation process.

The things you can learn by arriving to the rink early.

How and when to use catch phrases.

What he did during the canceled lockout season.

The people he likes listening to.

Winning the North Carolina State Broadcaster of the Year Award from the NSMA.