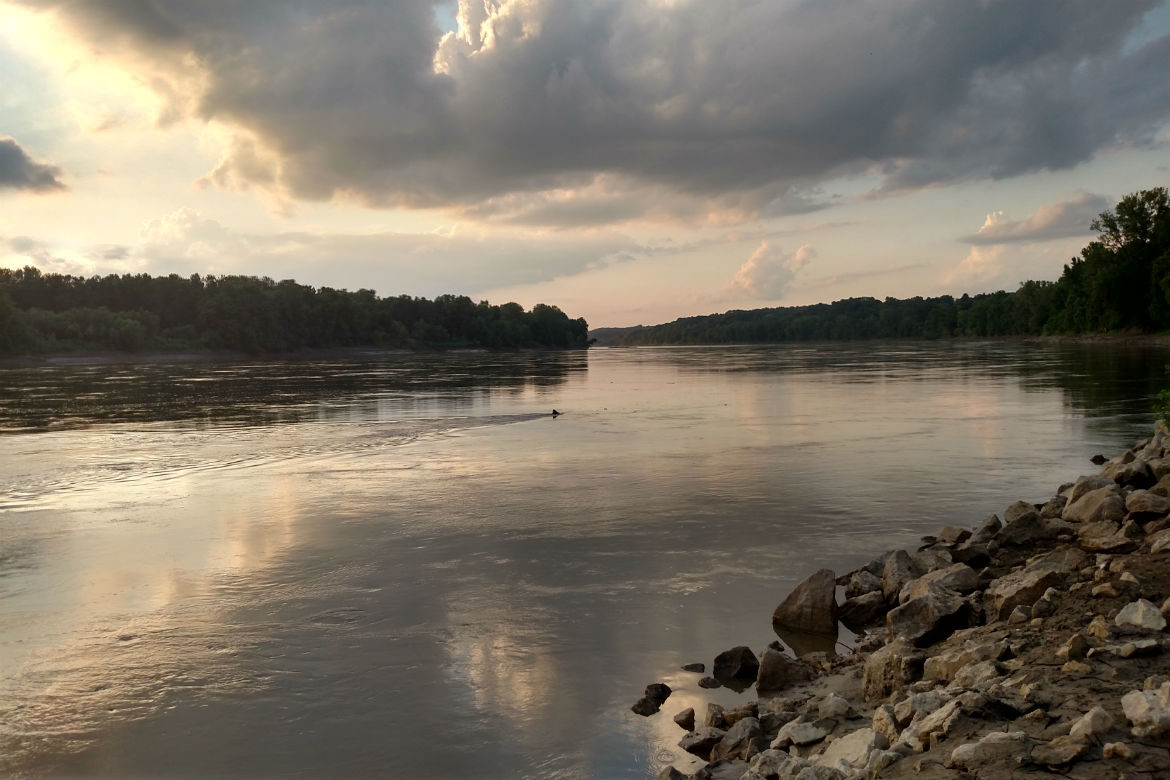 I’m posting these updates a day after they actually occurred. This account took place on Tuesday, August 9th. For a recap of what I’m doing go here.

Everyone knows that breakfast is the most important meal of the day and it’s who you know, not what you know that counts. With all those cliches in mind we started off our Tuesday before leaving Kansas City by meeting Joe Van Amburg, the very first person to reach out to me through this website, for breakfast at Succotash, a small cafe in Midtown KC. Succotash uses local ingredients and made the best eggs benedict I’ve ever had. I’m not George R. R. Martin, so I’m not going to spend the entire blog describing food, but if you’re ever in the KC area,  I would certainly recommend the Succotash cafe.

Anyway, Joe was already there when we arrived, dressed to the nines in a shirt and tie, as we rolled in dressed in vacation shorts and t-shirts. The reason? Joe is smarter than most broadcasters and instead of a communications degree, he got a law degree! He is a full-time lawyer who also moonlights as a sportscaster. He asked me lots of questions about organizing spotting boards and memorizing names, and I asked him lots of questions about the prosecutors on “Making A Murder.” It was a fun conversation but after an hour, Joe had to go to work, and we had drive west to the Columbia, Missouri area.

Next, we loaded into my Toyota Camry and made the 2.5 hour trek to Ashland, Missouri, a small town 15 miles south of Columbia. In Ashland we stayed with Don and Janine Lacy, a couple in their 80’s, who are long-time family friends.

We left our stuff in the room and left for Jefferson City, Missouri, where we had an appointment with Tom Boman of Learfield Sports to tour their home base. I think this stop left Sarah somewhat bored, but for me it was one of the highlights of the trip! Seeing firsthand how the majority of Learfield’s 120+ NCAA DI broadcasts are produced was very impressive. Having a deeper understanding of how rights are acquired, how much goes into a DI broadcast, and knowing the level of work and preparation that they are putting in at the production level is useful information that is certain to come in handy as my career progresses. 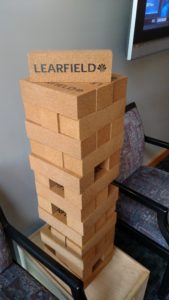 The night ended by going back to Ashland with Don and Janine, where we went out to Taco Tuesday night at Woody’s Pub (where we saw the local high school football coaches eating with their families), and finished the night with a scenic drive of the Missouri River Valley. We saw some beautiful scenery, but between the long drive, the hot weather, and the taco coma, we were ready to call it a day. We went back to their house and watched some team USA Olympics and cheered on some swimming and gymnastics before going to sleep. 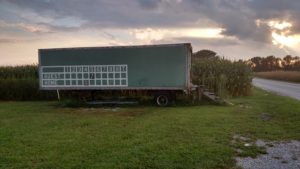 We stumbled upon this gem! A chalkboard scoreboard attached to a semi truck in rural Missouri!

Next up is a travel day to Chicago, where the trip will turn from a sportscasting themed trip to a more traditional tourist vacation. We will be there through Saturday and I will no longer be posting daily updates, but will recap with a few highlights when I get back to South Dakota. Thanks for reading, and remember to Say The Damn Score!